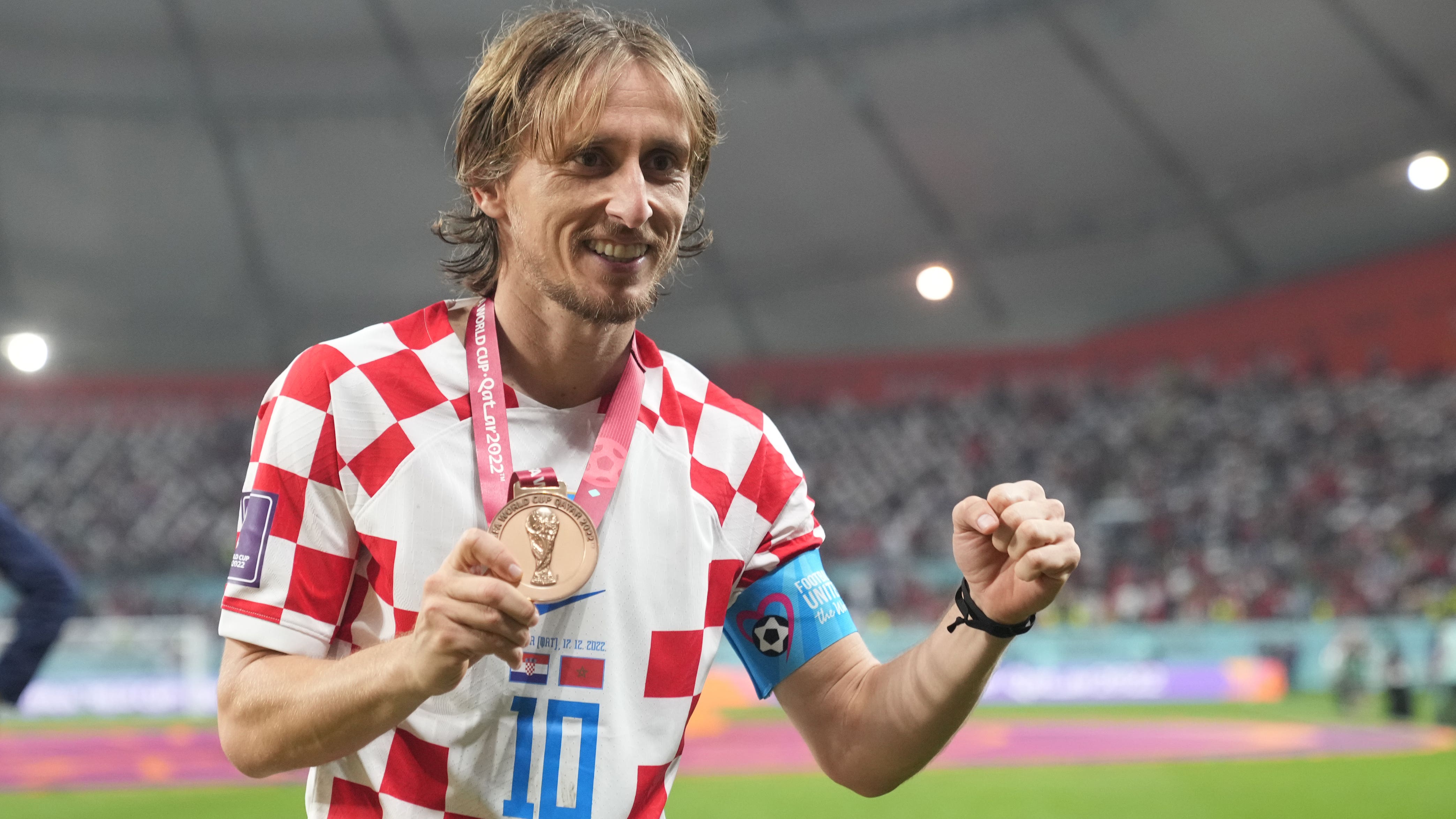 Luka Modric has vowed to continue his international career after captaining Croatia to victory over Morocco in the World Cup third-place play-off.

The 37-year-old led his team-mates up to collect their bronze medals following a 2-1 win, as the 2018 runners-up once again impressed in the tournament.

With Modric at the tail-end of his career, it was a rising star of Croatian football who opened the scoring against Morocco with the masked Josko Gvardiol heading in early on, only for Achraf Dari to level less than two minutes later.

A fine Mislav Orsic effort had Croatia, well beaten by Argentina in the last four, ahead at the break and they held that lead throughout a stop-start second half.

Modric’s international future had been a talking point since the first ball had been kicked in Qatar but he said after the play-off that he is already committed to playing in the Nations League finals next summer.

“About my future? I don’t know if I will be (playing) until the Euros in Germany,” he told beIN Sports when asked about Euro 2024.

“We will see. I need to go step by step. I am enjoying the national team. I feel happy.

“I still think I can perform on a high level and I want to continue until at least until the Nations League.

“Then after, there will be more time to think about the Euros. Now it is go step by step and continue at least until Nations League and then we will see.”

Croatia coach Zlatko Dalic is hopeful Modric will play on until 2024 having praised his performances in Qatar.

“He played fantastic this tournament. He’s 37 years but he played like a 20/25 year-old. He’s our leader. Everyone follows him.

“I’m very happy for Luka Modric, this trophy is for him. He did a fantastic job. Some people think this is the end but I think he will stay with Croatia for a long time.”

Having guided Croatia to a place in the final four years ago where they lost 4-2 to France, Dalic sees finishing third here as like winning the tournament.

“I am very proud with my team and my country,” he added.

“We did a great job tonight and all through the World Cup. For us bronze is a gold medal. We played a tough tournament. Morocco did similar to what we did in Russia.

“I am very proud and happy. Maybe nobody expected us to do this again. We are a small country but we have a big dream.”

Morocco beat Belgium, Spain and Portugal, becoming the first African nation to reach a World Cup semi-final, where they eventually fell to France.

Head coach Walid Regragui said he would not have changed a thing about Morocco’s history-making campaign which ended in defeat at Khalifa International Stadium.

“We had 0.01 percent of winning this tournament at the beginning, we got to the semi-final of the World Cup, we played some of the football powerhouses,” he said.

“We are now one of the top four teams in the world, if you told me we were going to finish that far and that Morocco would be number four in the world I would have accepted that straight away, there is nothing I would change.

“Tomorrow morning we will take stock and realise we have made a fantastic achievement here. We have had the opposition – playing Croatia twice, Spain, Portugal, France, Belgium and Canada – that is wonderful that we have put in some great performances.

“Of course we are disappointed but when we wake up tomorrow we will realise what we have achieved, it was one step too far for us to win third place.”