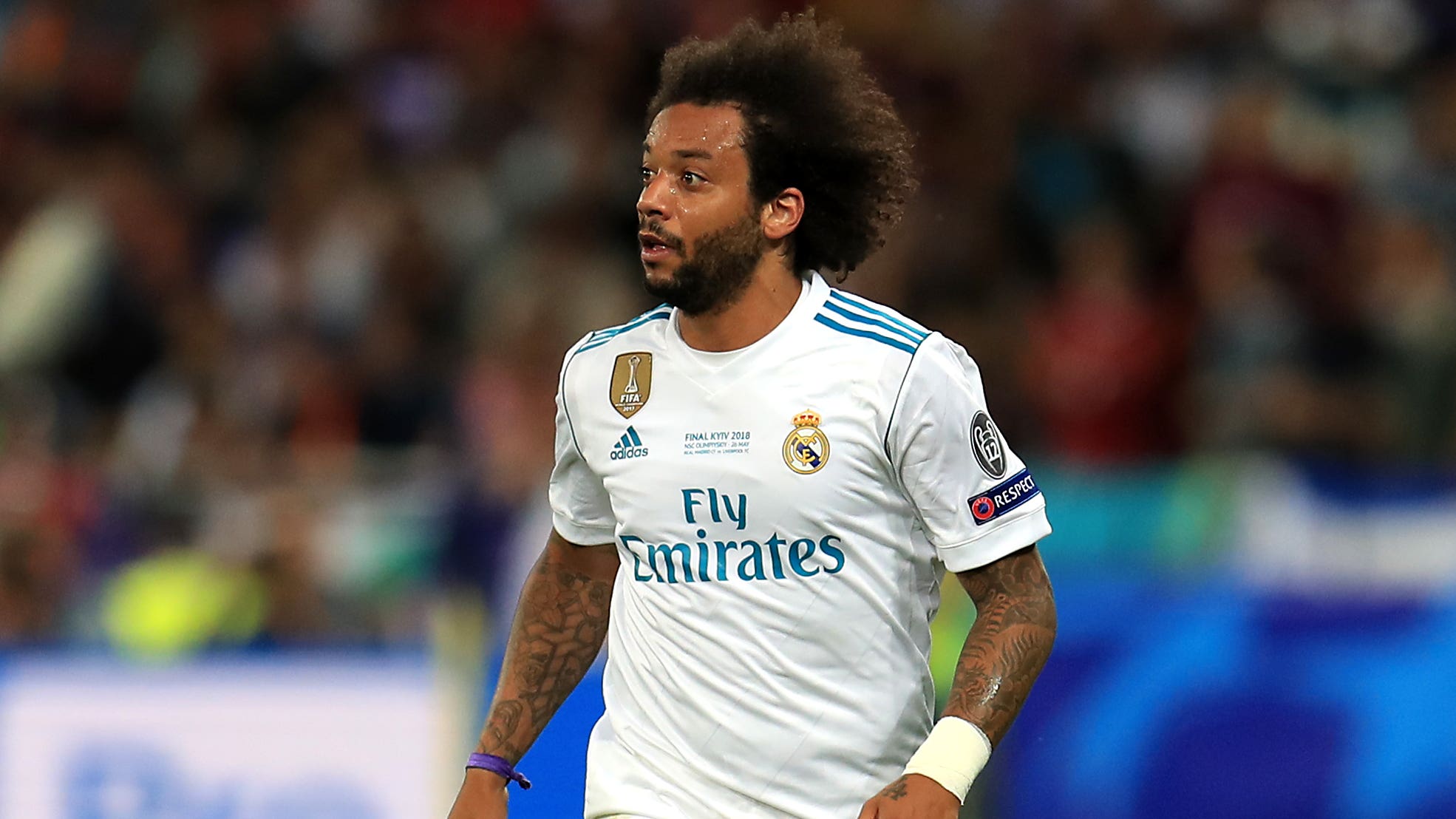 Marcelo fought back the tears as he bade an emotional farewell to Real Madrid on Monday.

The Brazilian – the most decorated player in the club’s history – was honoured at a special tribute ceremony in recognition of his glittering 16-year spell with the Spanish giants.

The 34-year-old is leaving the club when his contract expires at the end of the month after winning 25 trophies, including five Champions Leagues and six LaLiga titles, during his time at the Bernabeu Stadium.

The club captain was presented with Real’s gold membership badge by president Florentino Perez and, although clearly touched, insisted it was a day for happiness rather than sadness.

Speaking at a press conference broadcast by the club’s media channels afterwards, the left-back said: “Today is the happiest day since I have been in Madrid because as I leave I realise that I have left a legacy.”

Marcelo, who will become a free agent next month, intends to continue playing and has been linked with Fenerbahce and Marseille.

Asked if he felt his service should have entitled him to another year with Real, he said: “I do not feel like a legend. There is no problem leaving Madrid.

“Life doesn’t end here. I am not going saying, ‘I wanted another year’.

“I am always going to support Real Madrid and together we have decided to leave it well, and through the front door, looking at everyone’s face.

“I did not want to stay for another year or two out of pity.”

Marcelo would not be drawn on where he might play next.

He said: “When we have something I will talk about it on Instagram!

“I am going to continue playing. I believe I can continue but I am not thinking much about the future (yet).

“The most difficult thing is to say goodbye. To put on this shirt has been the most beautiful.”

Perez also paid tribute to Marcelo, who made 545 appearances for Real in all competitions.

The president said: “It is going to be a day full of emotions. We wanted to pay a passionate tribute to our great captain. We speak of a legend, the player with the most titles in the history of Real Madrid.

“Dear Marcelo, you have accomplished all the dreams. You have won absolutely everything.

“You are without doubt one of the best full-backs in the history of world football, a unique player.”