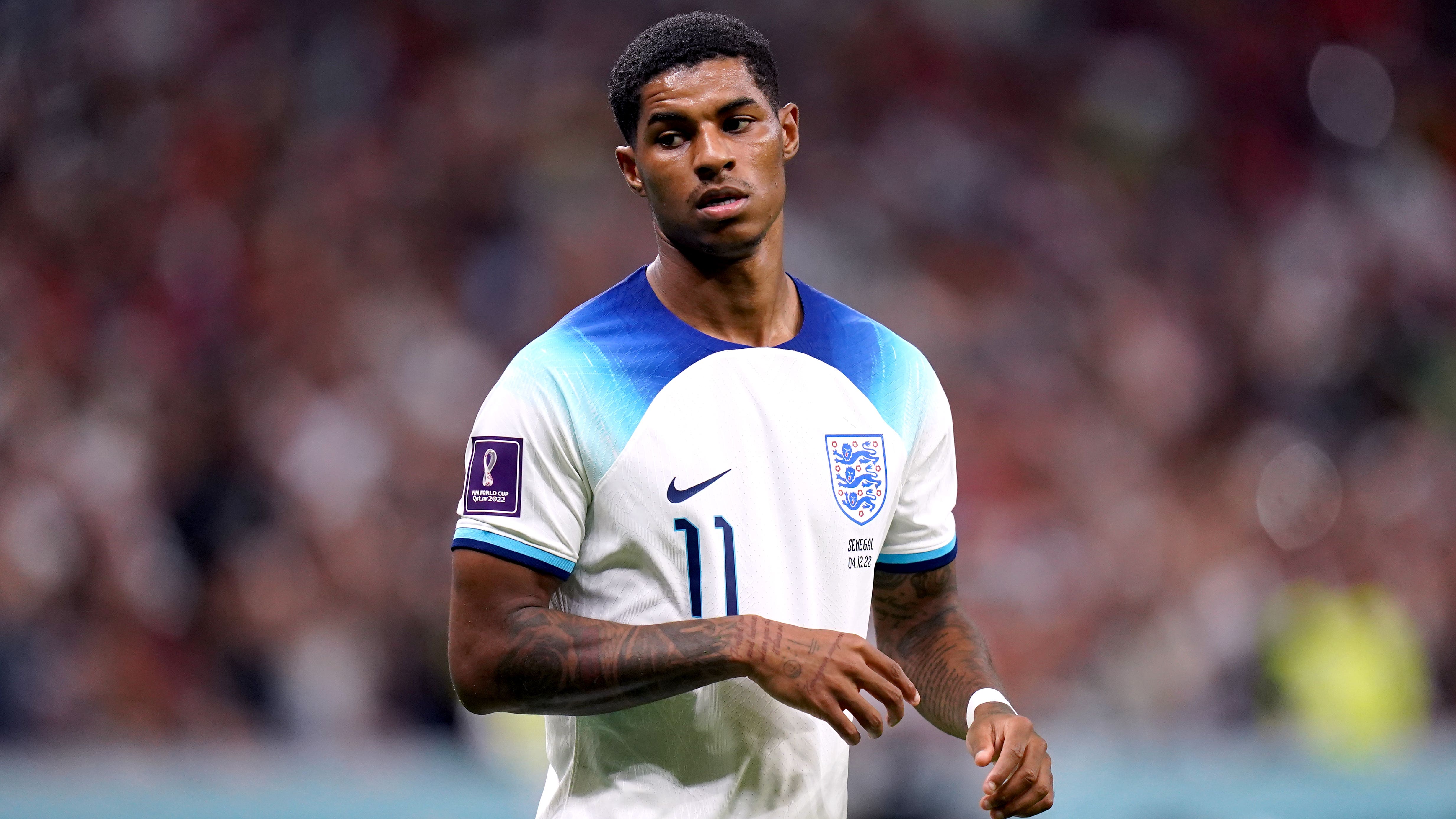 Marcus Rashford was unaware about milestone set with his Senegal appearance

By By PA Sport StaffDecember 7, 2022No Comments

Marcus Rashford plans to win 100 caps for England after admitting his 50th international appearance against Senegal on Sunday took him by surprise.

Rashford said he was unaware he had reached his latest milestone when he appeared as a second-half substitute in the 3-0 win over the African champions in the World Cup last 16.

But now the 25-year-old Manchester United forward is ready to kick on and reach three figures for his country.

“I didn’t actually know before the game that if I came on it would be my 50th, it goes so quick,” Rashford told the Lions’ Den.

“These achievements are special achievements but everything is moving so fast that you don’t get the opportunity to properly celebrate them.

“I’m still quite young so I’ve definitely got an opportunity to reach 100 caps for my country and that would be an amazing achievement.”

Rashford made his England debut against Australia in May 2016, when he became the youngest England player to score in his first international match.

And he believes there will be plenty of opportunities to win major trophies in the years ahead, adding: “I feel like with the team and manager we’ve got and the age of everyone, we’ve got a great opportunity.

“With this squad, maybe in the last two or three tournaments I’ve felt like if we play our football we have a good chance to go all the way.”