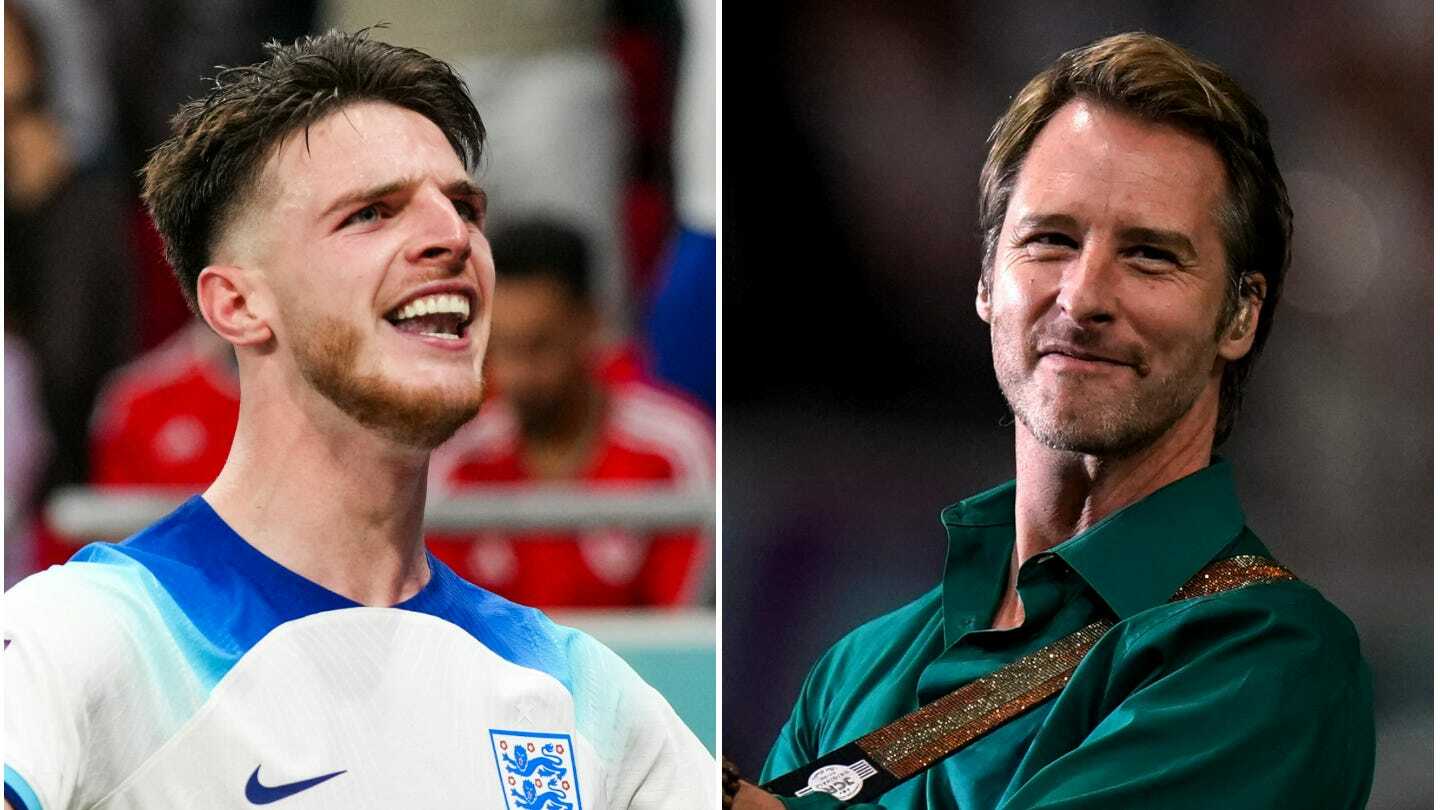 Declan Rice wants to see Chesney Hawkes sing at half-time in all of England’s matches at the World Cup and is hoping to land the artist a number one hit.

‘The One and Only’ songsmith performed on the pitch during the interval of England’s 3-0 win over Wales on Tuesday night as a drab goalless first half gave way to an entertaining second.

West Ham midfielder Rice revealed Hawkes called him by his name and number as he sported the midfielder’s shirt at Ahmad Bin Ali Stadium, striking up a bond with the 51-year-old despite admitting he did not know who he was.

“I knew the song, but I actually didn’t know who he was – that is me speaking honestly,” he said.

“He has a really familiar face. It is funny because I walked into the changing room and one of the kit men told me Chesney Hawkes was outside with my shirt on – I was like ‘I don’t know who he is!’

“Then I saw he had the Rice shirt on and after the game I went and spoke to him and gave him a hug and I heard he performed at half-time and it was really good, so yeah, me and Chesney are pals now!”

Speaking after the game, West Ham fan Hawkes said the players now want him to perform at the hotel.

“Every one of them said they wanted to adopt me as their mascot after England’s fortunes changed so quickly after I performed,” he told The Sun.

“They joked that I had turned the game — and even asked me to perform at the team hotel.”

Hammers skipper Rice said there was nobody they would rather be on the pitch at their future games – with a last-16 clash against Senegal on the horizon.

“Yes, I hope so,” he replied when asked if Hawkes was now a lucky mascot.

“We have got to get him to the games. We won one comfortably with him there, so we will get him singing ‘The One and Only’ at every half-time and hopefully we will get him back to number one as well.”

As of Thursday evening, the tune had entered the top 100 of the iTunes charts in the UK.