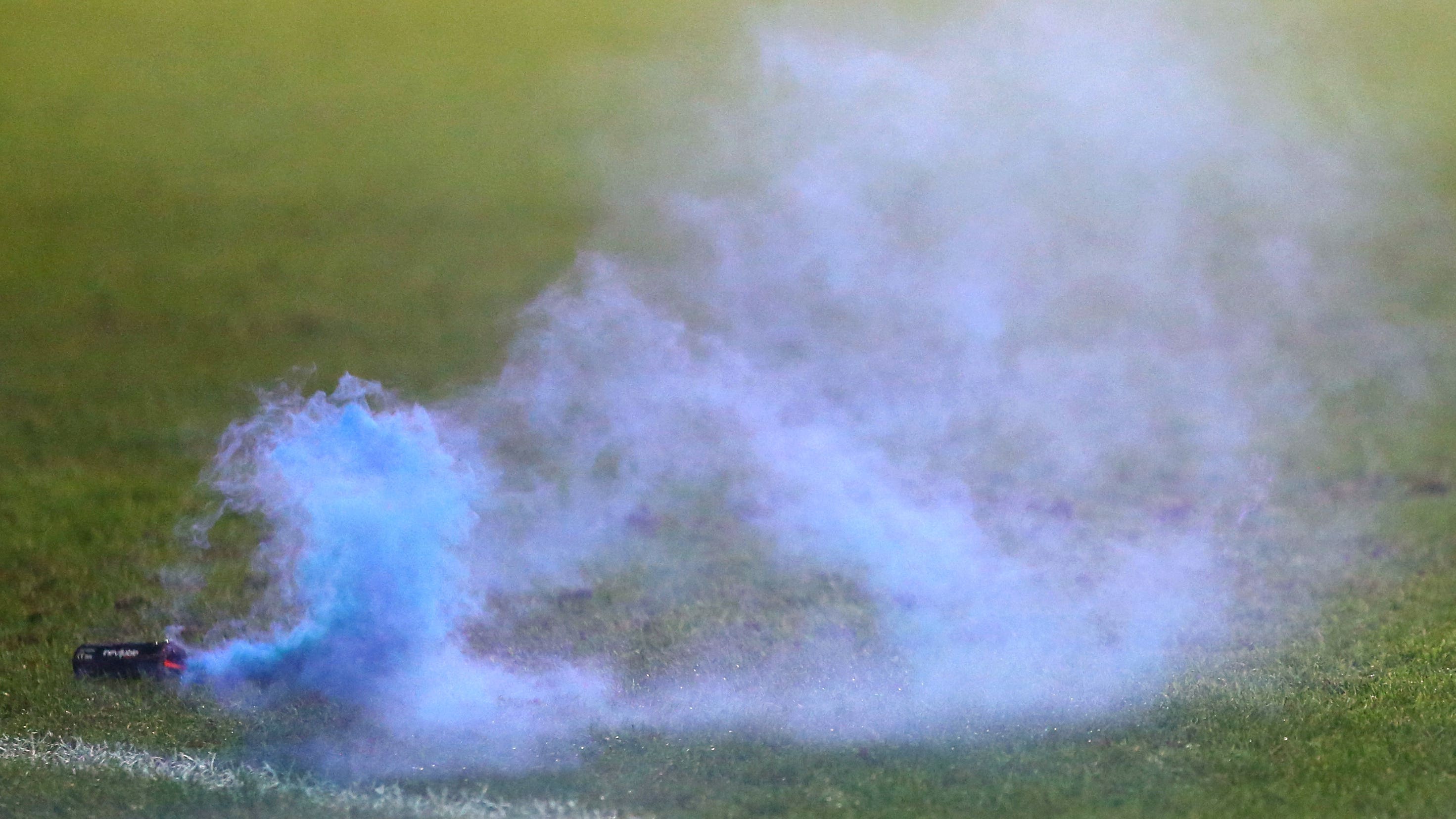 The Australian A-League derby between Melbourne Victory and Melbourne City was abandoned after a player was struck over the head with a bucket as fans invaded the pitch.

After flares were thrown onto the field of play, City goalkeeper Tom Glover was hit on the head by a metal bucket and subsequently suffered a cut to the face in the 22nd minute of the encounter, with his team leading 1-0.

The club later tweeted the 24-year-old product of Tottenham’s Academy “likely has a concussion.”

The match was brought to a halt before it was officially abandoned in accordance with Law 5.3 of the Laws of the Game to “protect the integrity of the match.”

Both sets of fans had planned to walk out in protest after Australian Professional Leagues (APL) set forth its plan to play the A-League Grand Final in Sydney for the next three years.

As well as the incident involving Glover, referee Alex King also appeared to be affected in the incident after he was covered with powder in the occurrence.

In a statement, Football Australia said a “full investigation” would take place after the “shocking scenes” on Saturday.

The statement read: “Following shocking scenes during the first half of the A-League Men’s match between Melbourne Victory FC and Melbourne City FC at AAMI Park on Saturday 17 December, where fans from the Melbourne Victory FC end entered the field of play, Football Australia match officials have abandoned the match in accordance with Law 5.3 of the Laws of the Game in order to protect the integrity of the match.

“Such behaviour has no place in Australian Football, with a full Football Australia investigation to commence immediately, where strong sanctions will be handed down.”