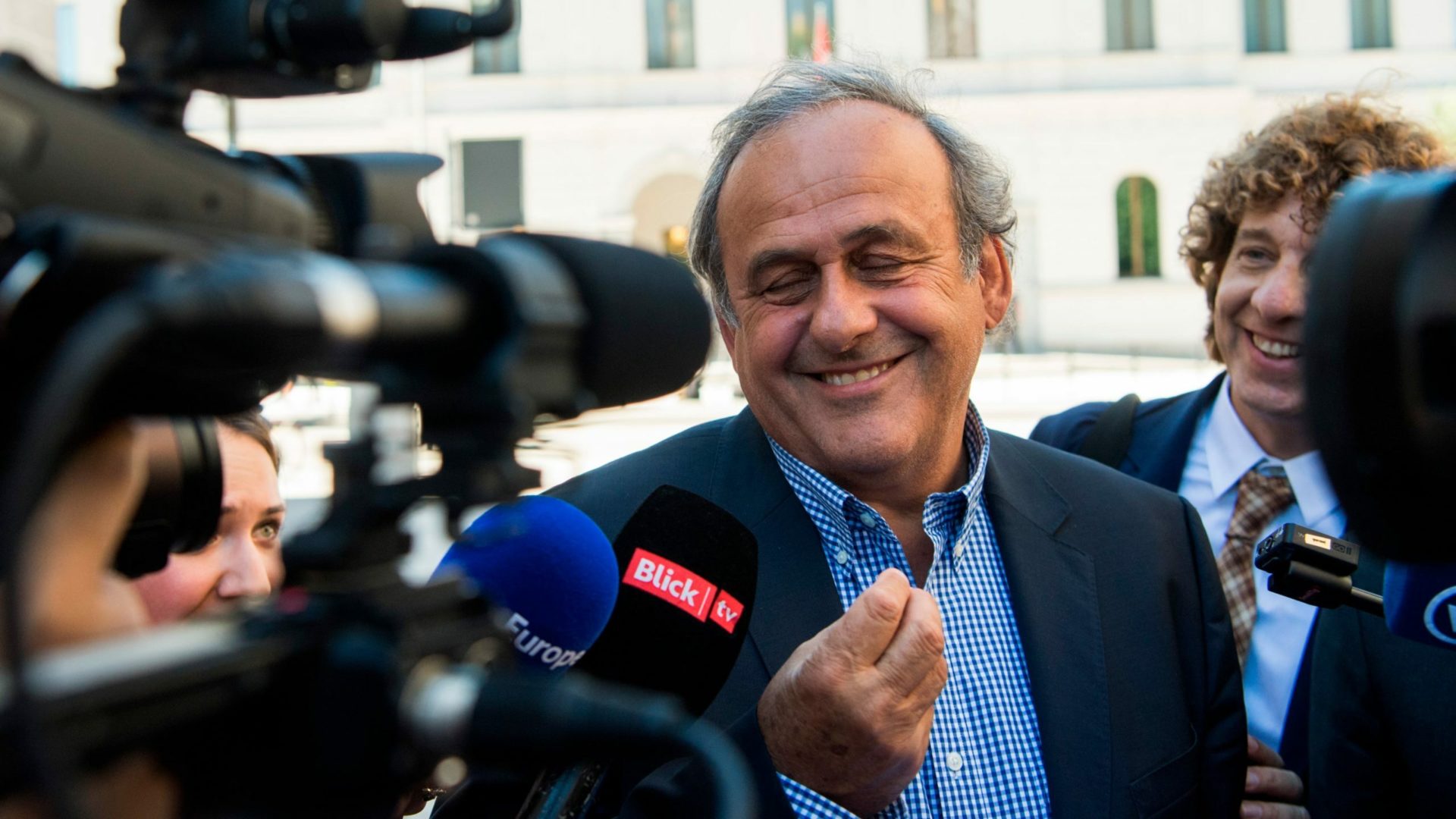 Michel Platini: Quest for truth continues after being cleared over fraud charges

By By Jamie Gardner PA Chief Sports ReporterJuly 8, 2022No Comments

Former UEFA president Michel Platini insisted his “quest for truth” would continue after he was acquitted on fraud charges that had painted him as a “devil”.

Platini, along with former FIFA president Sepp Blatter, was cleared by the Swiss federal criminal court on Friday.

It marked the end of a seven-year investigation into a payment of two million Swiss francs (just over £1.7million) from Blatter to Platini in 2011.

Both men denied any wrongdoing in relation to the payment, but Swiss prosecutors eventually charged them last November, stating the payment had “no legal basis”.

Platini enjoyed an illustrious playing career with France, captaining his country to European Championship glory in 1984 as well as playing for Les Bleus at the 1978, 1982 and 1986 World Cup finals.

His switch to football administration had been equally successful and he was widely seen as a future FIFA president until the 2011 payment emerged. He was initially banned from football for eight years by FIFA’s ethics committee in 2015, reduced to four following an appeal to the Court of Arbitration for Sport.

It was also in 2015 that the Office of the Attorney General (OAG) in Switzerland opened criminal proceedings in relation to the so-called “disloyal” payment from Blatter to Platini.

“Justice has finally been done after seven years of lies and manipulation,” Platini said in a statement issued by his legal team.

“The truth has come to light during this trial and I deeply thank the judges of the tribunal for the independence of their decision. I kept saying it – my fight is a fight against injustice. I won a first game.

“In this case, there are culprits who did not appear during this trial. Let them count on me, we will meet again. Because I will not give up and I will go all the way in my quest for truth.

“Despite the length of the procedure, I have always had confidence in the Swiss legal system and the rule of law that prevails here.

“Believe me, going from being a legend of world soccer to a devil is very difficult, especially when it comes to you in a totally unfair way.”

Prosecutors had urged the court to impose 20-month suspended sentences on Blatter and Platini, but it cleared them on all counts.

Blatter, who was also banned for eight years by FIFA over the payment, reduced to six on appeal, also welcomed the verdict.

He told the BBC: “During seven years I was always under pressure because there was a court case opened against me.

“I am happy. I am happy also for international football and for this court to take this matter very seriously.”

Blatter received a further FIFA ban of six years and eight months in 2021 in relation to undeclared bonus payments.

FIFA issued a short statement saying it noted the verdict of the court and would await the full reasoned judgement before commenting further.