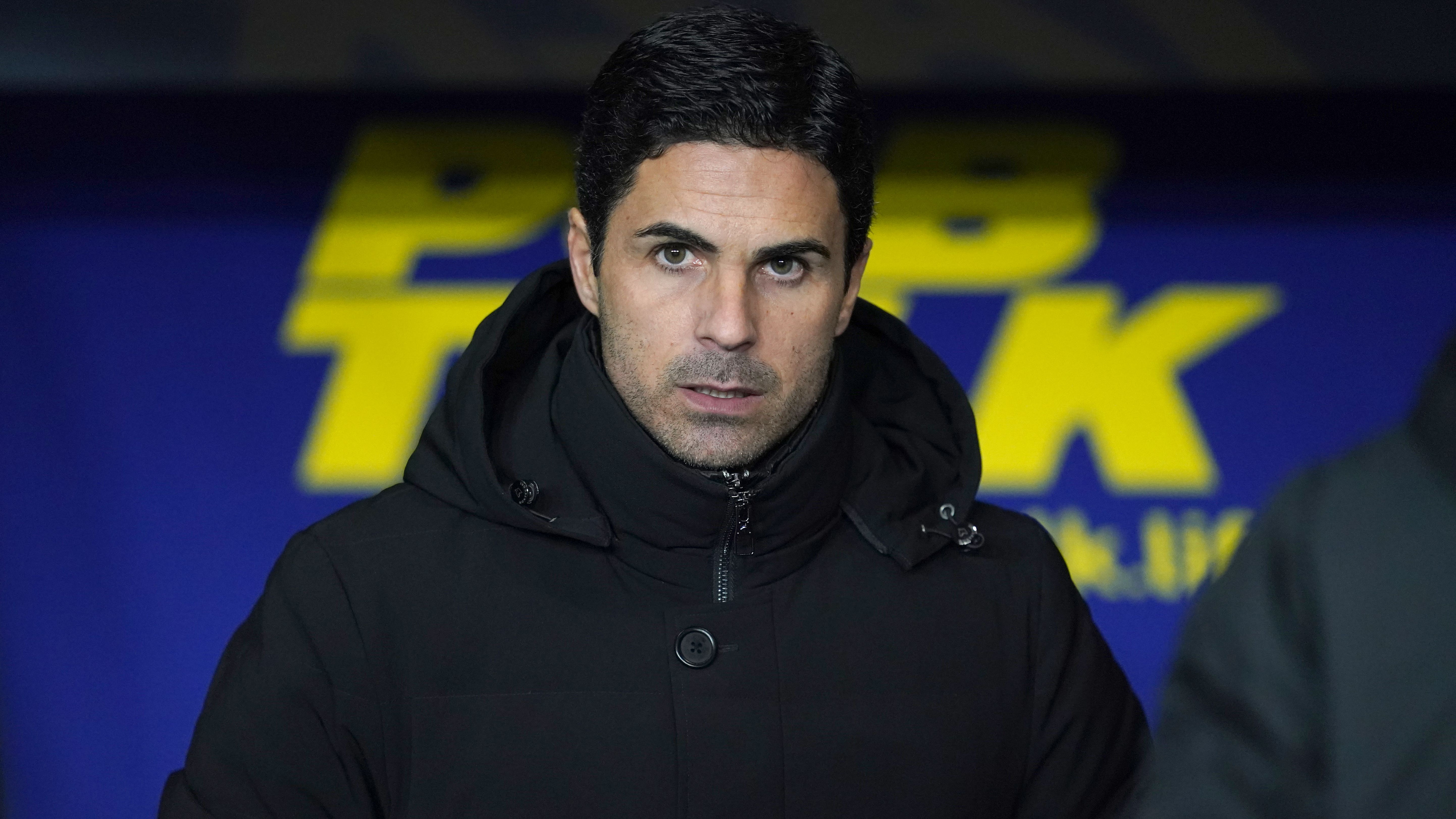 The 23-year-old has now scored five goals in as many games as he continues to deputise for Gabriel Jesus after the Brazil forward suffered a knee injury at the World Cup.

Having started the season on the bench, Nketiah is now Arsenal’s joint-leading goalscorer alongside the more regular first-team starters Martin Odegaard, Bukayo Saka and Gabriel Martinelli.

“Obviously he’s been waiting for this moment,” Arteta said of Nketiah following the victory.

“He’s been patient when he needed to be but as well he’s been with the right mindset and preparing himself for this moment.

“That’s why I think he looks ready and why he’s performing the way he is. He showed great composure.

“He’s a great finisher, the timing of his runs and the decision-making in waiting until the last moment when the keeper was committed shows his quality.

“His understanding, his work-rate, I think he’s getting better and better.”

With Jesus out, Nketiah is now the only recognised striker in Arteta’s ranks and the Arsenal boss is hoping for some back-up to arrive in the January window as his side aim to build on their five-point lead at the top of the Premier League.

“The problem is that we have only one striker and to cope for many months until Gabby is back is not easy,” he added.

“But we have to get the most out of the players that we have at the moment. If we can have some reinforcements, great.”

A win at third-tier Oxford means Arsenal will now travel to face Manchester City in round four, with Pep Guardiola’s side also sitting second in the table ready to pounce on any mistakes.

“They matched up, it was a physical game in many moments but we stood by that. They are a direct team and we had to control certain things better.

“We changed things in the second half and got more control of the game and found the openings to win.”

Arteta also allayed fears of an injury to Saka ahead of Sunday’s north London derby away to Tottenham, confirming the England forward is “fine” despite limping off in the second half.

For Oxford, a spirited performance yielded nothing in terms of a positive result, but manager Karl Robinson was happy with the display.

“We lost control of the game in the central part of the second half,” he said.

“From my point of view the players did the club proud. We fought in all areas. They didn’t look like a team so far apart to the other team.

“We have good players, it is the first time I have had probably my strongest team to compete. We have a good squad, a good team – one that is full of energy and exciting to watch.”