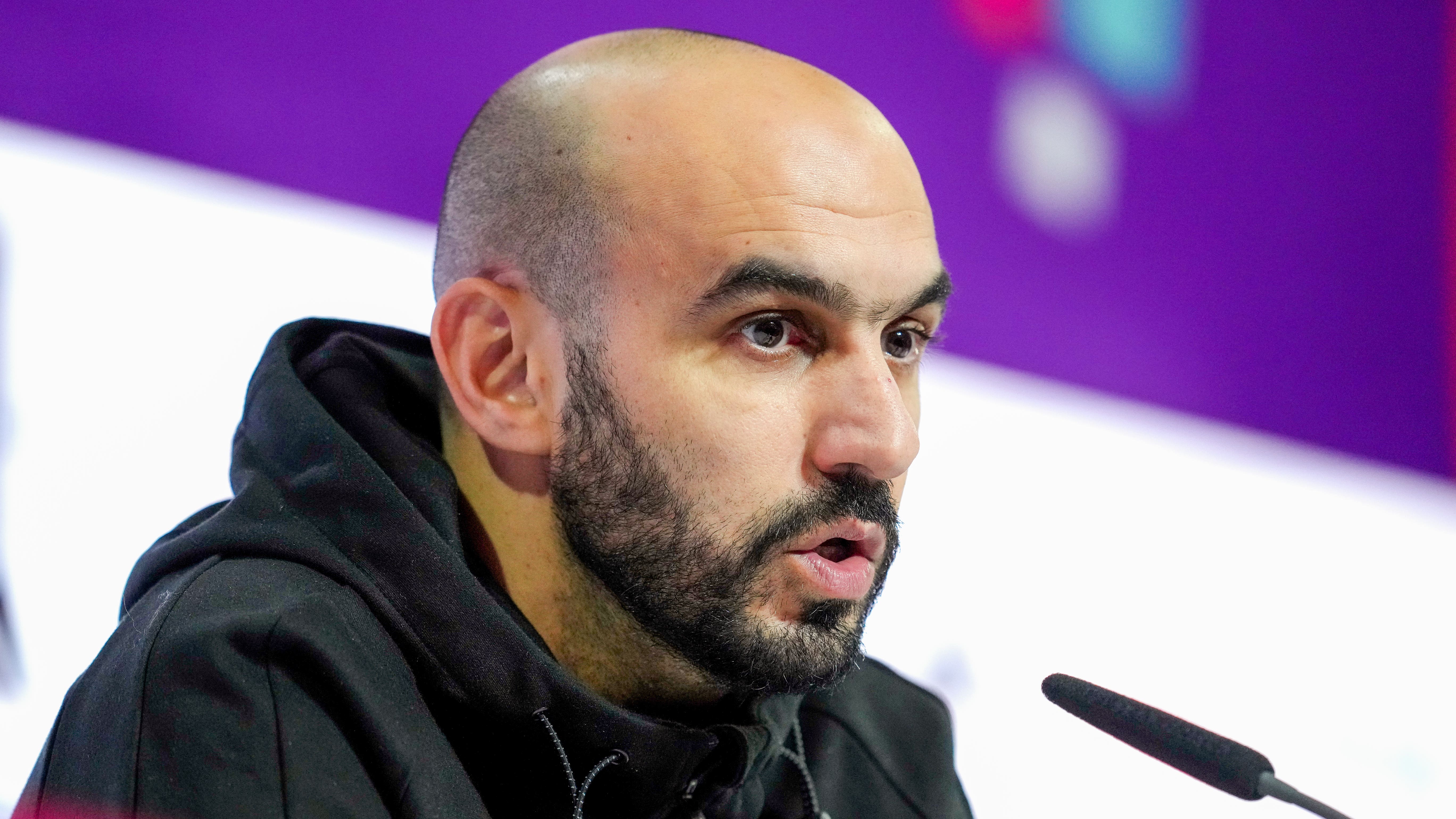 Walid Regragui says Morocco will fight to achieve their “crazy” dream of a place in the World Cup final.

Morocco have already made history as the first African team to reach the last four, having stunned Belgium, Spain and Portugal along the way.

On Wednesday the Atlas Lions face the ultimate test against reigning world champions France, but coach Regragui insists they are not satisfied with a place in the semi-finals.

“The further you get, the more difficult the games are. We are playing the world champions with world-class players and a very good coach, possibly the best in the world,” he said.

“But we will show great desire and try to pull off an upset. Why not reach the final of the World Cup?

“We’ve come to this competition to change mindsets within our continent. If we say the semi-final is enough, I don’t agree.

“We aren’t satisfied with the semi-final and being the first African team to do that. We want to go further.

“Its’s a knock-out game and when you have desire, commitment and the support of the crowd, you can win it.

“We have beaten some top sides. Before every match people thought we would get knocked out but we are still here. We are getting closer to our dreams and we will fight to get there.

“We are one of the four best teams in the world now and we want to reach the final. The best team, Brazil, is already knocked out.

“We are hungry. I don’t know if it will be enough but we want Africa to be on top of the world. I know we are not favourites but we are confident.

“You might think that’s crazy, but a bit of craziness is good.”

Morocco’s bid to reach the final could be scuppered by injuries, particularly at the back with West Ham centre-half Nayef Aguerd and former Wolves defender Romain Saiss major doubts.

Regragui added: “As everyone knows, we have a number of injuries but we have an excellent medical staff and they are working very hard and coming in with good news every day.

“No one is out for now, but no one is definitely in either. We will put out the best side possible.”

Around 20,000 Moroccan fans are expected to descend on the Al Bayt Stadium.

QPR winger Ilias Chair said: “It’s a great honour to play for these fans and make them proud. They are the best fans in the world. We are out there to give our all and hopefully at the end, be the best.”