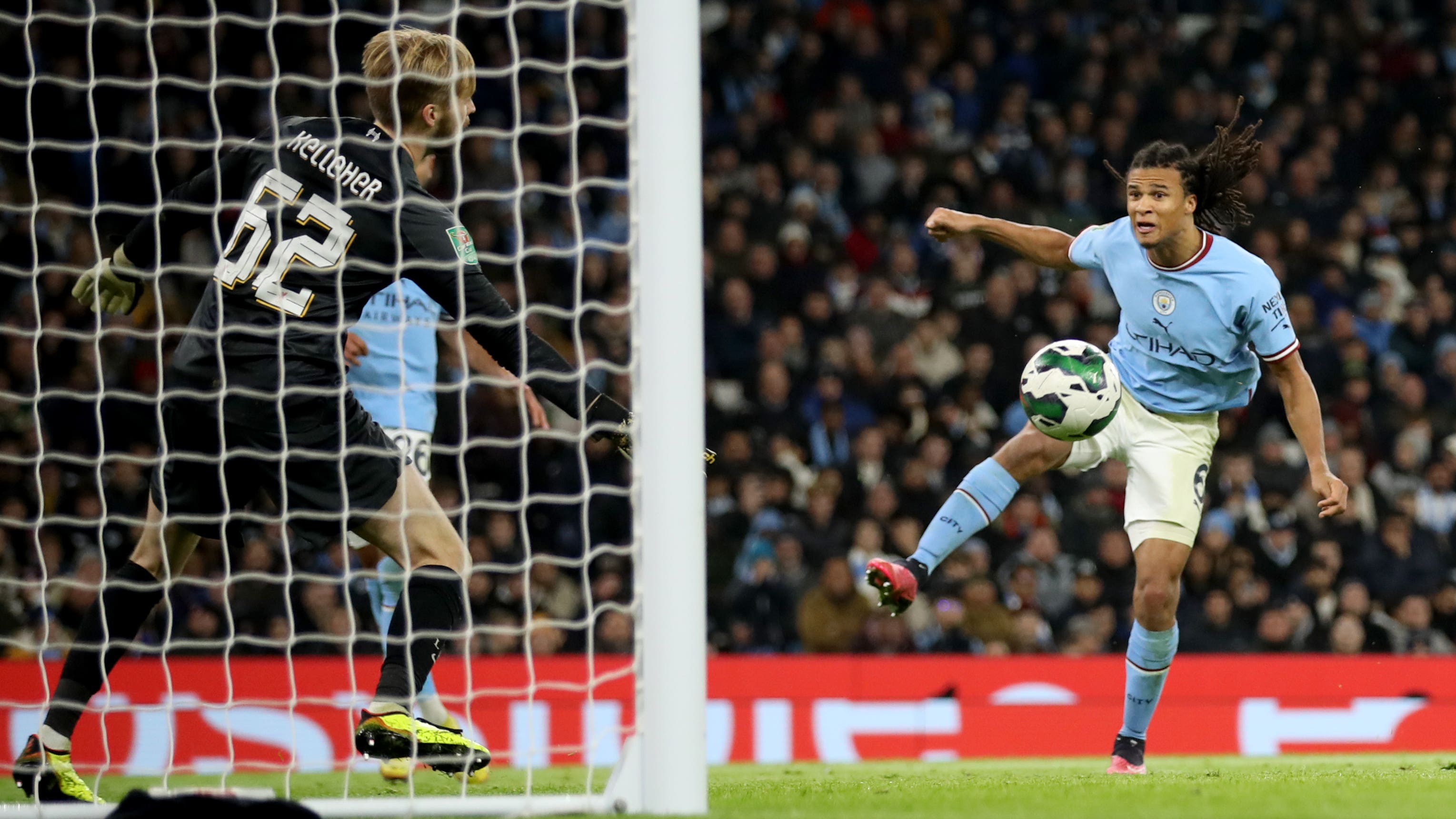 By By Andy Hampson PADecember 22, 2022No Comments

Nathan Ake headed the winner as Manchester City edged out rivals Liverpool 3-2 in a five-goal thriller to claim a place in the Carabao Cup quarter-finals.

The Dutchman turned in a superb Kevin De Bruyne cross just before the hour at the Etihad Stadium to put City ahead for a third and decisive time in absorbing contest on Thursday.

Liverpool had cancelled out earlier City goals from the prolific Erling Haaland and Riyad Mahrez through Fabio Carvalho and Mohamed Salah respectively.

City’s victory ended Liverpool’s reign as holders and kept Pep Guardiola’s side on course for a fifth victory in the competition in six seasons.

Both teams were playing their first games since mid-November but the clash was fought with the intensity that has come to be associated with their encounters.

City’s starting line-up contained six of the 16 players they had on duty at Qatar 2022 along with a couple of high-profile non-World Cup attendees in goalscorers Haaland and Mahrez.

They were up against a stronger-than-anticipated Liverpool side led in attack by Salah and Darwin Nunez.

City wasted little time in settling into their usual groove although Haaland showed signs of rustiness when he fired an early chance well over the bar.

The Norwegian soon got that out of his system and, after further chances fell the way of Cole Palmer and De Bruyne, he opened the scoring after 10 minutes.

Haaland finished in typical fashion, nipping ahead of the defence at the near post and guiding a volley past Stefan Ortega from a De Bruyne cross.

It was his 24th goal in just 19 appearances for City since his summer move from Borussia Dortmund.

Until this point Liverpool had struggled to strong passes together but they eventually began to gain a foothold and caught City napping to level 10 minutes later.

Joel Matip found James Milner in the area and the former City midfielder squared for an unmarked Carvalho to turn a well-placed shot beyond Ortega’s reach.

The game livened up and Caoimhin Kelleher denied Ilkay Gundogan with his feet before turning away an Ake header, both chances having been created by De Bruyne.

At the other end, Nunez twice dragged efforts across goal when well placed.

The second half began in dramatic fashion with Mahrez brilliantly controlling a lofted Rodri pass and curling home a left-foot shot.

The celebrations did not last long as Liverpool levelled again little over a minute later.

Alex Oxlade-Chamberlain released Nunez with a fine ball and the Uruguyan teed up Salah for his sixth goal in six outings and his third against City this season.

Defending did not appear a priority for either side and Liverpool were punished again when De Bruyne curled in a fine ball for Ake, having stayed forward following a corner, to head City back in front.

Liverpool tried to hit back once more but Nunez again missed the target having been played in on goal.

The was far from the ill-tempered affair of their October meeting at Anfield but tensions did spill over late on after a rough challenge by Fabinho on Rodri.

City held on and threatened again when De Bruyne had a shot blocked by Fabinho and Kelleher saved from Phil Foden.