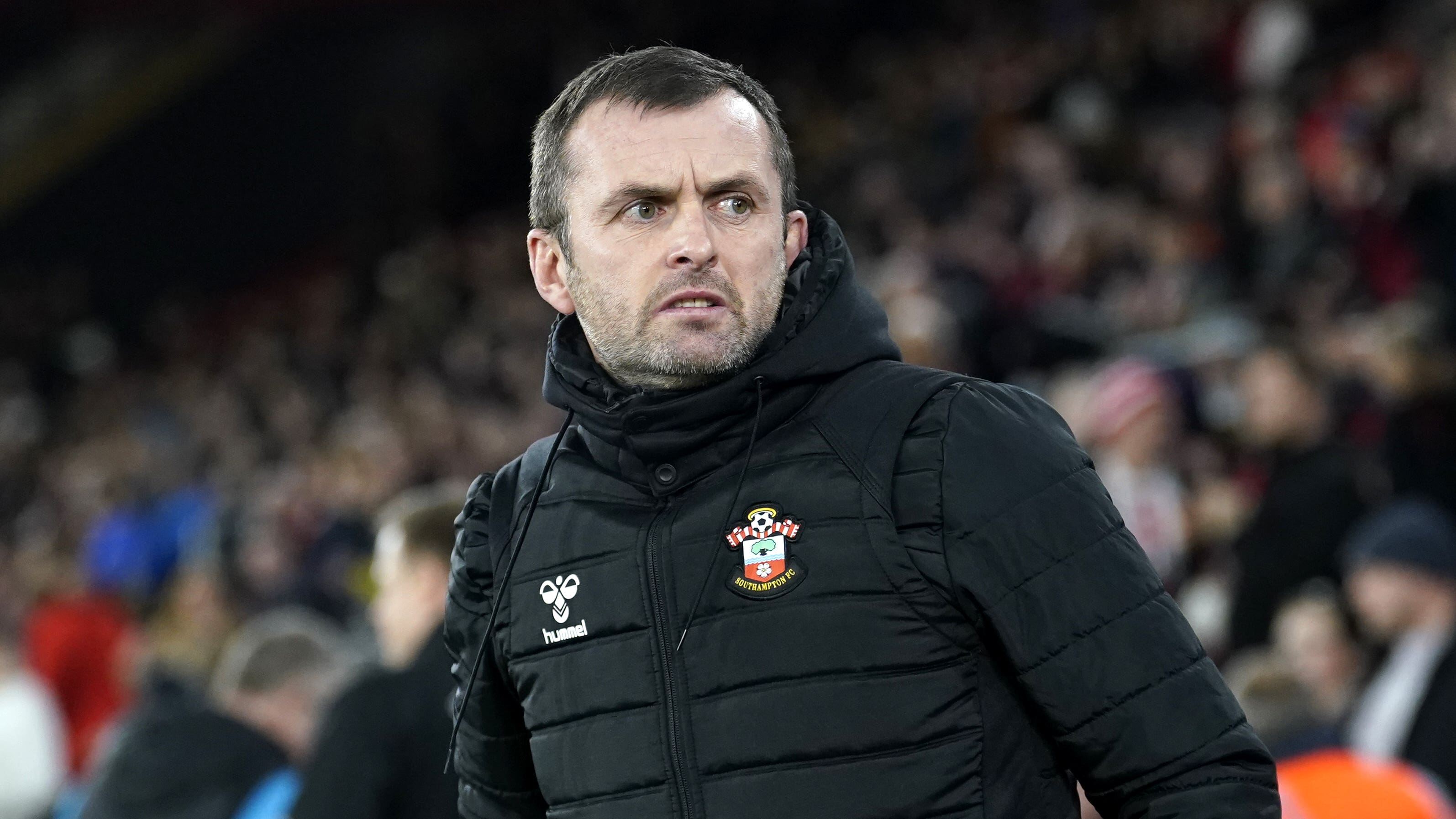 By Press AssociationDecember 20, 2022No Comments

Nathan Jones warned Southampton are “not going to suddenly turn into Barcelona” after scraping into the Carabao Cup quarter-finals with an unconvincing 2-1 success over League One Lincoln.

Saints boss Jones toasted victory from his first home match in charge thanks to Che Adams’ double overturning an early own goal from goalkeeper Gavin Bazunu.

The Premier League hosts laboured for much of a forgettable fourth-round tie at a sparsely-populated St Mary’s, prompting some murmurings of discontent from the frustrated home crowd.

But Jones, who has plenty to ponder as he plots a top-flight survival mission, took encouragement from the outing and was content to progress to the last eight.

“We won the game,” he replied when asked about the fans’ dissatisfaction. “How many games have Southampton won this year?

“With the greatest of respect, we probably haven’t been doing the basics well enough up til now and that’s why we’re in the position we are, so we have to build.

“Rome wasn’t built in a day, and neither was a fantastic Southampton team. The biggest thing today was we’re in the hat.

“We could have played wonderful today and created a hundred chances and lost and, if I’m honest, we’re better off playing like we did, learning something from it and being in the next round.

“There have been grumblings because we’re a Premier League side and we look at Lincoln and think, ‘we should be beating those’ but we did beat them, albeit not in swashbuckling style.”

Former Luton boss Jones was forced to wait almost six weeks for his home debut due to the World Cup break.

Having named a strong team, the Welshman endured a nightmare start as Bazunu bundled into his own net inside two minutes before Saints top scorer Adams spared his side’s blushes with a match-winning brace.

Adams, who struck the winner 16 minutes from time after heading the 25th-minute leveller, wasted a golden chance to claim his hat-trick in added time, moments after substitute Samuel Edozie missed an open goal.

“We didn’t give ourselves the best start with the catastrophic first minute,” said Jones.

“We could have put the icing on the cake with a few late chances.

“It was probably a little bit more hairy than we would have liked.

“But we created enough chances to have won by more, we had 70 per cent possession.

“I saw a lot of real positive things come from today, stuff that will stand us in good stead.”