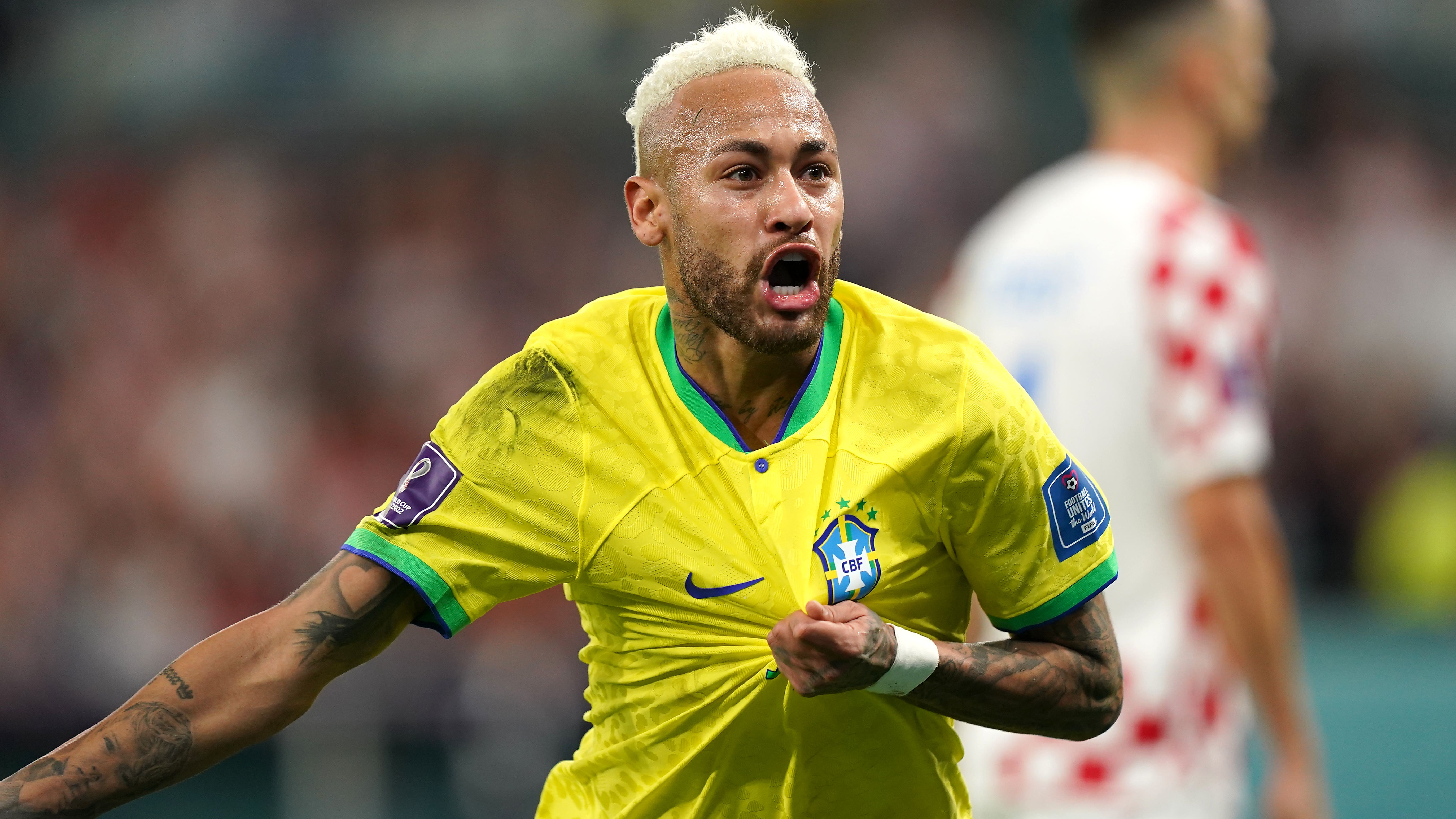 By By Tom White PA Sport Data JournalistDecember 9, 2022No Comments

Neymar notched his 77th international goal to move alongside Pele as Brazil’s record scorer – but it was not enough to beat Croatia in Friday’s World Cup quarter-final.

The 30-year-old drew level with Brazil great Pele with his extra-time opener against Croatia only for Bruno Petkovic to force a shootout with his goal before the 2018 finalists won through on penalties.

Here the PA news agency looks at how the Paris St Germain forward compares to his illustrious predecessor in the number 10 shirt.

The goal against Croatia was Neymar’s second of the tournament and his eighth at a World Cup, spread across three editions.

He scored four on home soil in 2014 – two each against Croatia and Cameroon – and two in 2018 against Costa Rica and Mexico.

A further 14 of his goals have come in qualifiers for the global showpiece, with five at the Copa America and four in the 2013 Confederations Cup including in the final against Spain.

The remaining 76 have come in friendlies, in which he has made 70 of his 124 international appearances.

He has four hat-tricks to his name, two of them coming in 2014 against South Africa and a four-goal haul against Japan. His other trebles came against China in 2012 and Peru in 2020, the latter in the qualifying campaign for this World Cup.

If there is any temptation to downplay Neymar’s achievement based on the proportion of his goals scored in friendlies, a glance at Pele’s record is enough to put that issue to bed.

He too scored the largest share of his goals, 34 out of 77, in non-competitive internationals, while otherwise saving his best for the big occasion.

Pele’s 12 World Cup goals rank him fifth all time behind German pair Miroslav Klose (16) and Gerd Muller (14), compatriot Ronaldo (15) and France’s Just Fontaine, who scored a record 13 in a single tournament in 1958.

Six goals in qualifying and eight at the Copa America, plus 17 in various other competitions including the defunct Nations Cup, Cruz Cup and Roca Cup, complete Pele’s record.