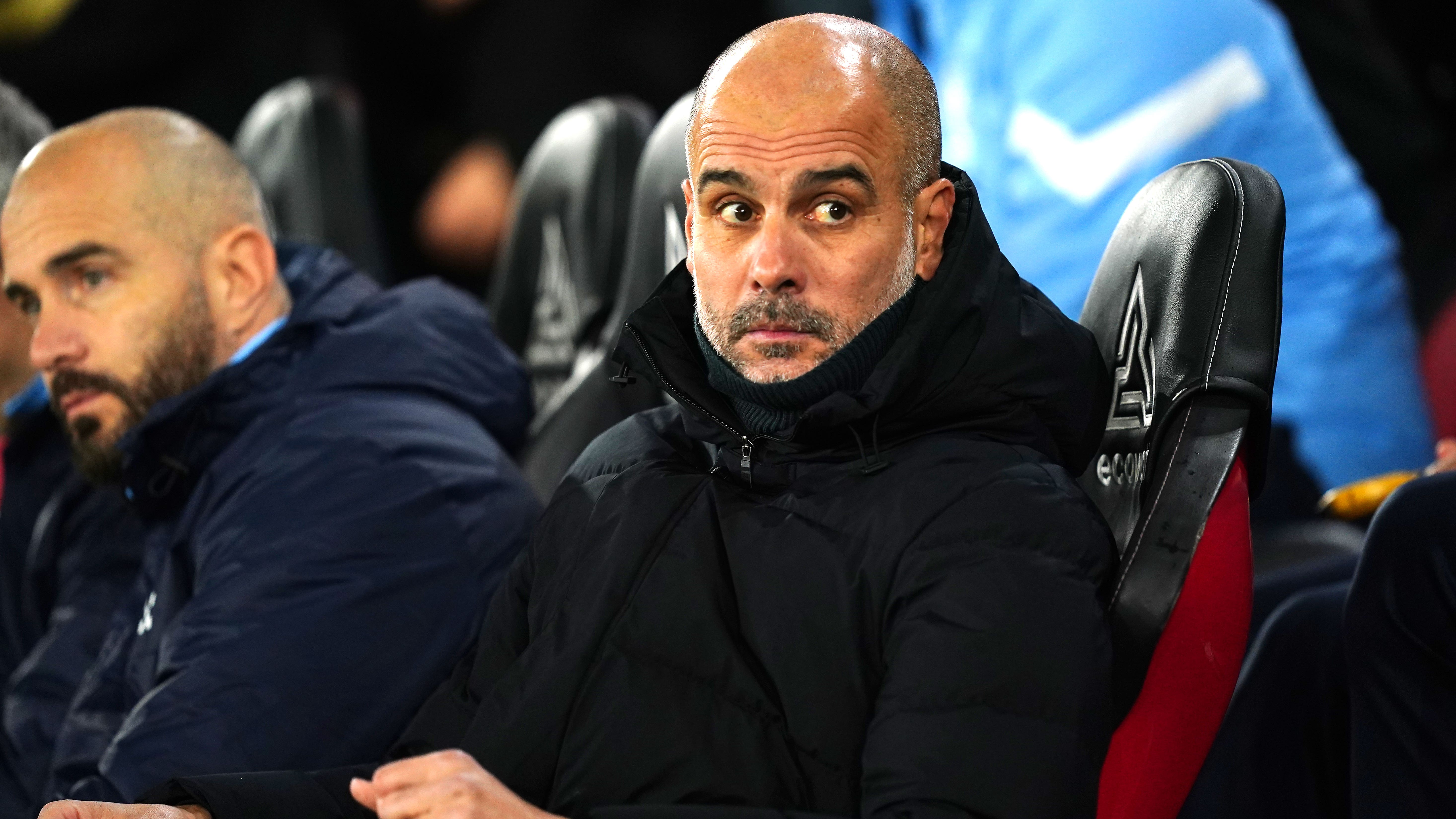 No chance in derby if we perform like that – Pep Guardiola

Pep Guardiola admits Manchester City have “no chance” of derby glory against Manchester United if they repeat the dismal display which led to Carabao Cup elimination at the hands of struggling Southampton.

City failed to produce an attempt on target on Wednesday evening at St Mary’s as they slipped to a shock 2-0 quarter-final exit.

The Premier League champions return to action at Old Trafford on Saturday lunchtime and manager Guardiola knows a major improvement is required.

“Every game is different, different competition,” he said, looking ahead to the United game.

“But of course, if we perform in this way, we will not have a chance.

“We know exactly what we have to do to play better, so that’s what we’re going to try to do.”

First-half goals from Sekou Mara and Moussa Djenepo condemned the eight-time League Cup winners to an unexpected loss on the south coast.

City were toothless in attack and not even the second-half introductions of substitutes Kevin De Bruyne and Erling Haaland could spark a fightback.

Captain Ilkay Gundogan wasted the visitors’ best chance of a poor first-half performance which ultimately proved fatal to the club’s hopes of progression.

The Germany midfielder believes the disappointment can serve as “wake-up call at the right time” as City continue to chase down league leaders Arsenal.

“There’s no room for any mistakes, or for any poor performances,” Gundogan told his club’s website.

“Hopefully, if there is something good we can take out of this game, it was something like a wake-up call at the right time.

“Even though it is sad and disappointing to be out of this cup, hopefully, at the end, in a few weeks we can at least look back and take something good out of this game.”

The Welshman believes the victory, which set up a two-legged semi-final with Newcastle, provides optimism for the future as he turns his attention back to the top-flight relegation battle.

“City are one of the best sides in the world, with the most innovative manager of all time,” said Jones, who has suffered four successive league defeats ahead of Saturday’s visit to fellow strugglers Everton.

“We knew we had to be at our best but we showed from minute one to 96 and a half that we can be a very good Premier League side.

“I’m a born-again Christian so I believe in the Lord Jesus Christ and he gives me faith every day. You’ve just got to believe in what you do.”

Asked about facing the Magpies next, Jones said: “In the semi-finals, it’s going to be tough, tough, tough; it won’t be any tougher than playing Man City. It’s a good feeling.”