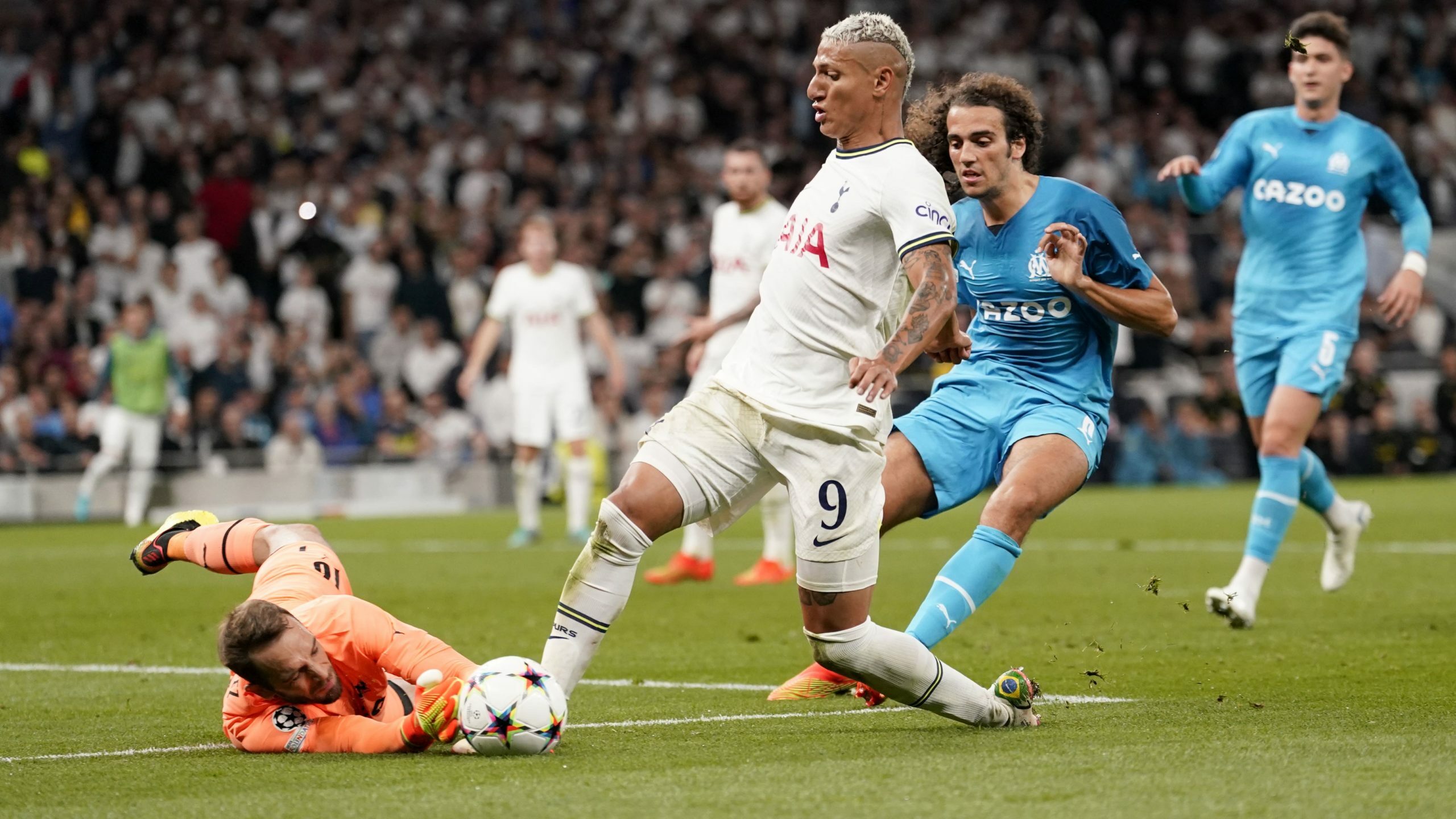 By Press AssociationSeptember 8, 2022No Comments

Tottenham forward Richarlison enjoyed “one of the best days of my life” after his match-winning heroics against Marseille on Wednesday night.

The Brazilian, who arrived from Everton in a £60million summer move, opened his Spurs account with two goals in five second-half minutes to give his new club a 2-0 win against the Ligue 1 side on their Champions League return.

He was in tears after the game as he embraced his father in the stands and the 25-year-old reflected on a dream night.

“After hearing the anthem, I started to smile, it was my dream as a kid,” he said.

“Being there, listening to the anthem, playing the match, I got very emotional and I was rewarded after scoring these two goals with the help of my friends.

“The whole team helped me a lot. I’m very happy, it was one of the best days of my life with my father and family here.

“My father was here, he has been with me through all my career. He helped me a lot to make my dreams come true.

“To have him here today was very emotional for me because he’s a huge part of my success.”

Meanwhile, Tottenham captain Hugo Lloris says Richarlison has shown a new side to him since joining the club.

He has a reputation among opposition for going down easily and his showboating in the recent win over Nottingham Forest annoyed plenty of people.

But his emotional reaction after his match-winning heroics showed another side to his character and Lloris says his team-mates are learning about him.

“I think he deserves these goals. They’re very important for him but also for the team,” he said.

“I think he’s making a lot of effort every day in training, every time he has the opportunity in a game and he scored two great headers. Obviously he made the game easy for us.

“Honestly, we discover a new player. We used to face him and when you face an opponent you have no idea who they are really.

“I think he settled very well into the team and as you can see he’s finding his place. That’s good because we need everyone ready for competition.

“He’s a competitor. You just have to see him in training sessions or every game that we play, he’s always there to compete.

“To put the defenders under stress and pressure. That’s why he was rewarded (against Marseille) for all his work. And for sure a lot is coming for him.”

There is no respite for Spurs, who head to defending Premier League champions Manchester City on Saturday evening.

Lloris’ side did the double over City last season and have generally fared well against them with a slick counter-attacking style, but Lloris knows the addition of Erling Haaland is an added danger.

“Honestly, we have to focus on recovering at the moment then we’ll prepare for the game as good as we can,” he said.

“We have one day less of recovery and that can make the difference, we know.

“We’re going to focus on recovery but then, yes, we know how they play.

“But also with the new signing Haaland they have another aspect in their game which they can use. We’re going to study the way they play and we’ll try our best to get something.”