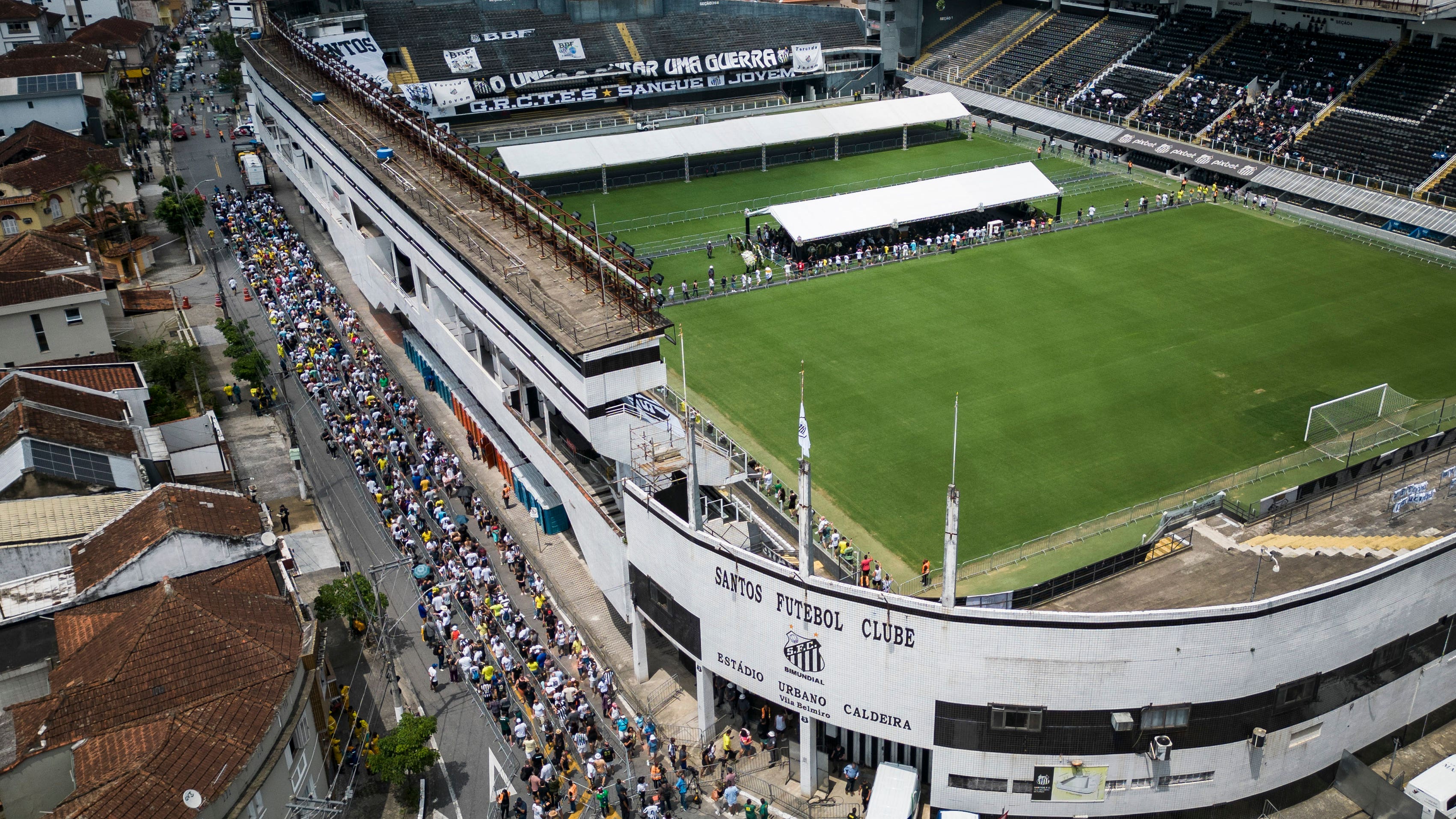 Pele is due to be buried later today after thousands of fans waited to pay their respects as his coffin lay in state at the home of his former club Santos.

The three-time World Cup winner, who scored over 1,000 goals in his career, died on December 29 aged 82 after a battle with cancer.

On Monday, his coffin was placed on the centre circle of the Urbano Caldeira stadium in Sao Paulo, ahead of a private burial on Tuesday.

Pele has reportedly chosen a burial site on the ninth floor of a nearby cemetery which will allow him to watch over the Santos stadium.

Former Brazil midfielder Ze Roberto and Pele’s son Edinho were among those who placed his coffin on the pitch during a ceremony before fans and well-wishers were allowed to pay their respects.

Long queues had formed outside the stadium, with some fans waiting overnight for their opportunity to bid farewell to a player many consider the best to have ever lived.

Among those paying their respects was FIFA president Gianni Infantino, who said the governing body would ask every country in the world to name a stadium in honour of Pele.

Infantino, who was in Brazil for Pele’s funeral in Sao Paulo, told local reporters: “We’re going to ask every country in the world to name one of their football stadiums with the name of Pele.”

In April 2021, Rio de Janeiro abandoned plans to name the famous Maracana Stadium after Pele after it was vetoed by the state governor.

Infantino released a statement on the day of Pele’s death which began: “For everyone who loves the beautiful game, this is the day we never wanted to come. The day we lost Pele.”

He described Pele as an “exemplary sportsman” and added: “Pele had a magnetic presence and, when you were with him, the rest of the world stopped.

“His life is about more than football. He changed perceptions for the better in Brazil, in South America and across the world. His legacy is impossible to summarise in words.”