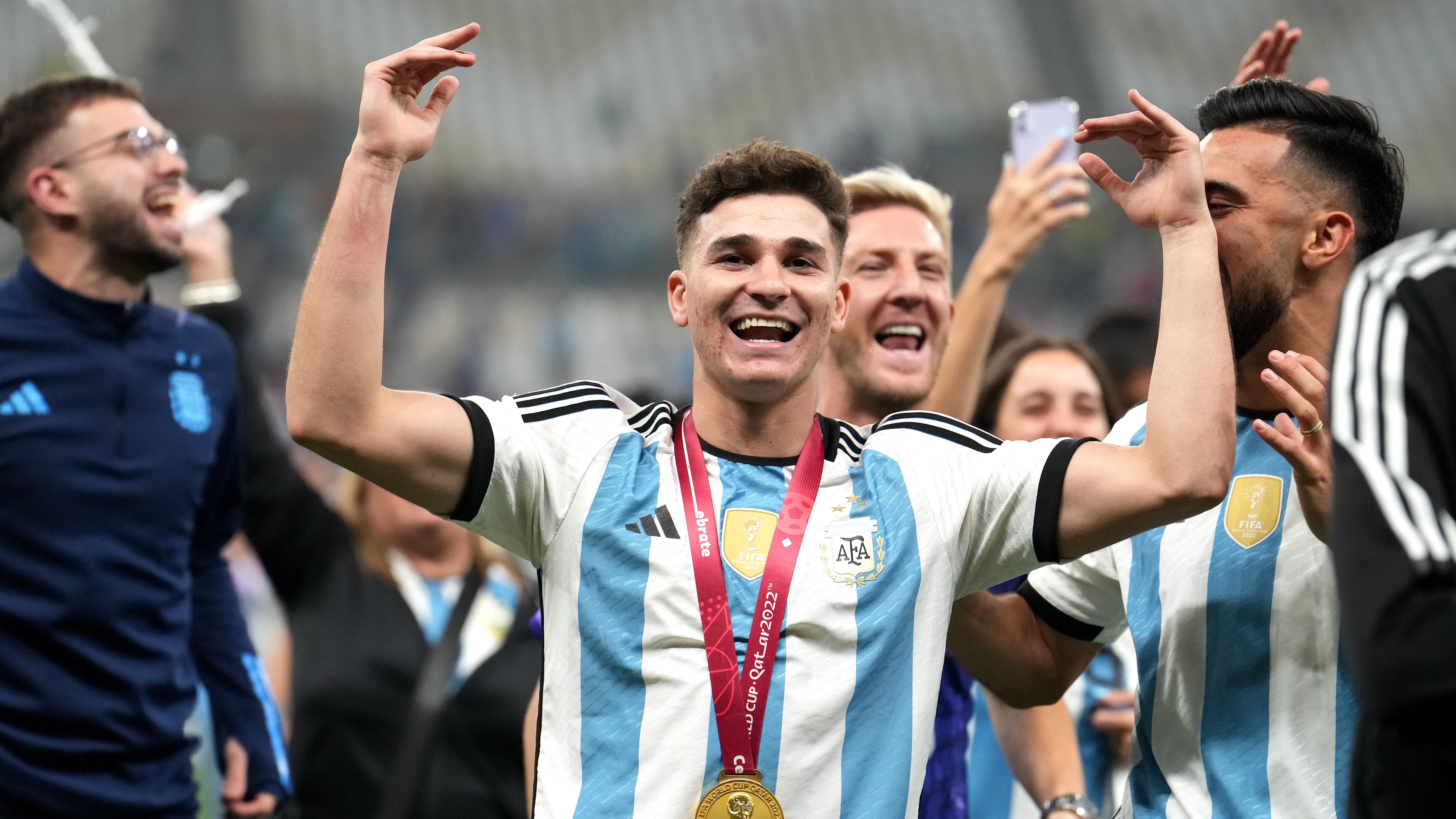 City striker Alvarez played a key role in his country’s triumph while for Messi, who enjoyed great success under Guardiola at Barcelona, it was the crowning glory of an outstanding career.

Former City defender Nicolas Otamendi also played a big part in the success, which was sealed in a penalty shoot-out against France in a remarkable final on Sunday.

Guardiola said: “For Julian, we are delighted. He played a lot and his contribution was amazing for the team, for the way they played. We have a world champion in our team.

“We are incredibly happy for him. Congratulations to him, for Nico Otamendi and, of course, personally for Leo Messi, for Argentina as a country, well deserved champions.”

Messi’s victory cements his place among the greatest players the game has ever seen.

For Guardiola, who won the Champions League twice with Messi at Barca, that issue had never been in doubt.

He said: “Everyone has an opinion but nobody can doubt he’s there. I’ve said many times, for me, he’s the best. It is difficult to understand how a player can appear and do what he’s done in the last 10-15 years.

“The people who saw Pele or Di Stefano, or Maradona – they can say their favourites.

“In these opinions, they can have a sentimental approach.

“If he’d not won the World Cup, my opinion about what he has done for world football would not change, but it is normal for people that it depends on if they win.

“For him it is the final achievement of an incredible career.”

City return to action after the break for the World Cup with a Carabao Cup quarter-final against Liverpool on Thursday.

The last encounter between the two sides in October saw a number of unpleasant incidents on and off the field.

Since then, senior figures at both clubs have attempted to diffuse some of the tensions in a rivalry that has increased in intensity in recent years.

Asked if he had a message for fans, Guardiola said at a press conference on Wednesday: “Be supporters and support your team unconditionally in the good moments and bad moments.

“In this country (these games) are the best example. Enjoy the good games with the amount of quality players on both sides.”

City had 16 players away at the World Cup, more than any other side.

As a result of differing holidays, fitness levels in the squad now vary.

Ilkay Gundogan and Kevin De Bruyne played in a friendly against Girona last week but Rodri, Aymeric Laporte, Nathan Ake and Manuel Akanji have only been back in training a few days.

Those involved with England and Portugal, along with goalkeeper Ederson, were due to report back later, while Alvarez will not return until next week.

Erling Haaland, Riyad Mahrez, Sergio Gomez and Cole Palmer were not involved in the tournament.

Guardiola said: “Step by step people come back. We are happy they are back, in general they played really well.

“I have a feeling that the players in the World Cup are in a better condition than the players who were here. Sergio, Erling, Riyad, Cole, they missed a little bit.

“Tomorrow is important for players not at the World Cup to regain the rhythm.”