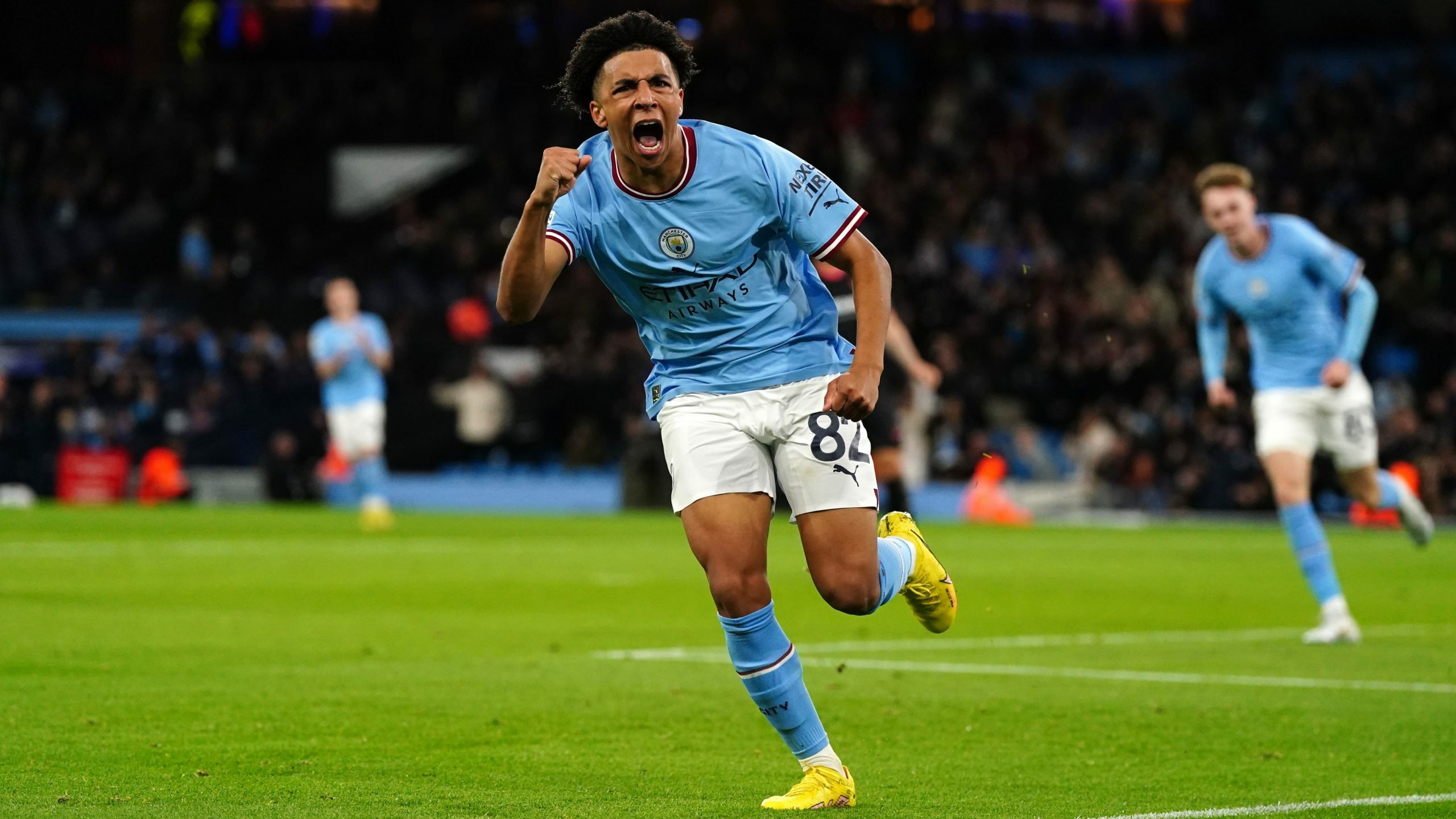 By By Andy Hampson PANovember 2, 2022No Comments

The right-back, aged 17 years and 346 days, marked his first senior start by netting City’s equaliser as they came from behind to beat Sevilla 3-1 in their final Champions League group game.

It was a sweet moment for the Manchester-born youngster, who took full advantage of an opportunity to play in the continuing absence of injured England international Kyle Walker.

“We don’t give presents because he is a Man City fan or from the academy,” said City manager Guardiola. “You have to earn it.

“But we’ve seen him since day one of pre-season. This guy has something special.

“Defensively he is aggressive and with the ball he is so good. Of course he has a lot to improve but the academy here is working amazingly.”

Lewis’ strike early in the second half cancelled out a first-half header from Rafa Mir and City went on to win comfortably with further goals from Julian Alvarez and Riyad Mahrez.

Lewis was substituted five minutes from time and, as he was on the far side of the field at the time, earned a huge reception as he walked around the field back to the bench.

“He made a standing ovation all the way round,” said Guardiola. “He played really good.

“He is 17 years old but he is so clever, so intelligent. You say something, he understands everything. I’m happy for him.”

It was also a good night for Alvarez, who scored one and provided the passes for the other two goals.

Guardiola said: “There is no one player in the locker room who is not happy for him. He is a special guy. He was patient and found the space and got the rewards he deserved.”

There had been little riding on the game with City already through to the last 16 as Group G winners.

Guardiola said: “Of course we had qualified but we finished well. For the money and the prestige it is good for the club. It was a good night for us, especially the second half.”

Sevilla boss Jorge Sampaoli felt his side faded after a strong start.

The former Argentina manager, who was appointed last month and is bidding to turn around a poor start to the season, said: “We were quite comfortable and controlling the game.

“We put in a great effort mentally and physically but then shot ourselves in the foot with a couple of unforced errors, which spoiled a lot of the good work we did.”