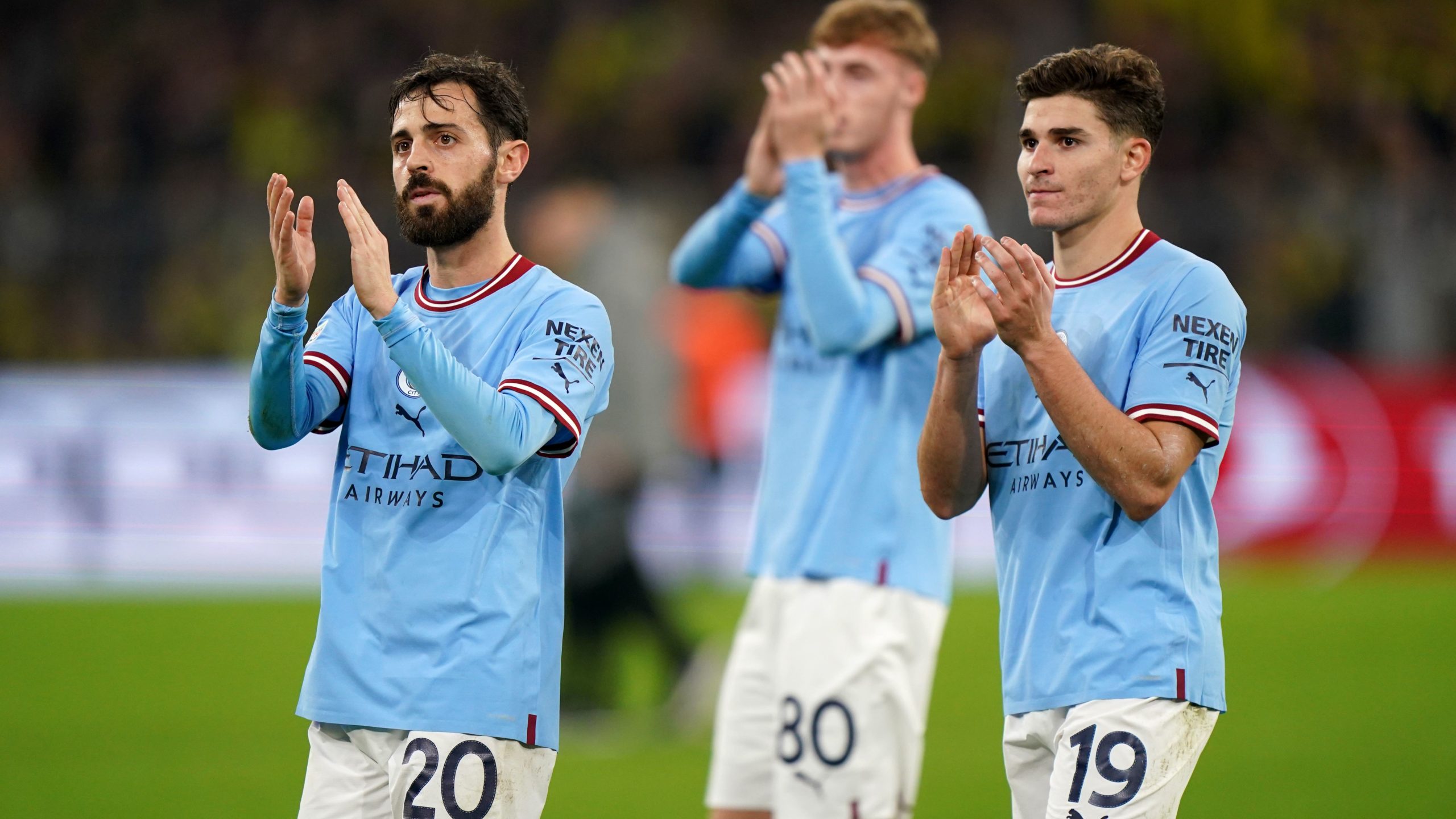 The shared points after a largely uneventful encounter at Signal Iduna Park were enough to see already-qualified City clinch top spot in Group G with one game remaining and Dortmund also progress to the last 16.

City went closest to breaking the deadlock when Riyad Mahrez’s second-half penalty was saved, but neither side showed any urgency to chase a winner in the closing stages.

Guardiola admitted his players showed signs of fatigue having travelled to Dortmund after Saturday’s 3-1 home win against Brighton.

He told BT Sport: “We played much better second half. In the first half we lost some balls to them because they were so fast.

“We suffered I think because our game on Saturday was so demanding physically, and the trip and everything, really tired.

“We wanted to finish top of the group when we were here and we (had already) qualified, we’re in the last 16 so yeah, really good.”

Guardiola revealed Erling Haaland and Joao Cancelo, both substituted at half-time, had both felt unwell before the game and both had sustained minor foot injuries.

When asked later about Haaland’s injury, the Spaniard said: “I spoke with (the medical staff) at half-time and they were a little bit concerned, but I saw him walking more or less normally. We will see.”

The City boss refused to be drawn on whether Haaland will become designated penalty-taker after Mahrez saw his second-half spot-kick saved.

Mahrez also had a penalty saved in City’s previous Champions League tie earlier this month when they were held 0-0 in Copenhagen.

City’s latest penalty miss was the 25th they have failed to convert in all competitions since the start of the 2016-17 season, more than any other Premier League club.

Guardiola added: “We’ll see, we’ll see what happens now. Of course it’s a problem. We’ve missed 25 penalties, most of them in the Champions League. That’s too much.

“I always admire their courage, (taking) the responsibility to do it, but of course we’ve missed a lot of penalties and this is a problem.

“We missed (one) in Copenhagen and here as well, so we have to improve otherwise these are the small margins in this competition that could make the difference.”

Dortmund’s England midfielder Jude Bellingham was pleased his side had restricted City to few chances and had kept Haaland quiet.

Bellingham told BT Sport: “Defensively we were really good. I don’t think many teams keep clean sheets against Manchester City this season, so it’s really promising from that respect.

“It’s nice to keep all the City players out, but especially him because we know how dangerous he is.

“I’m not too satisfied because I haven’t scored tonight either, but ultimately we’re happy because we got the draw and can continue our journey.”