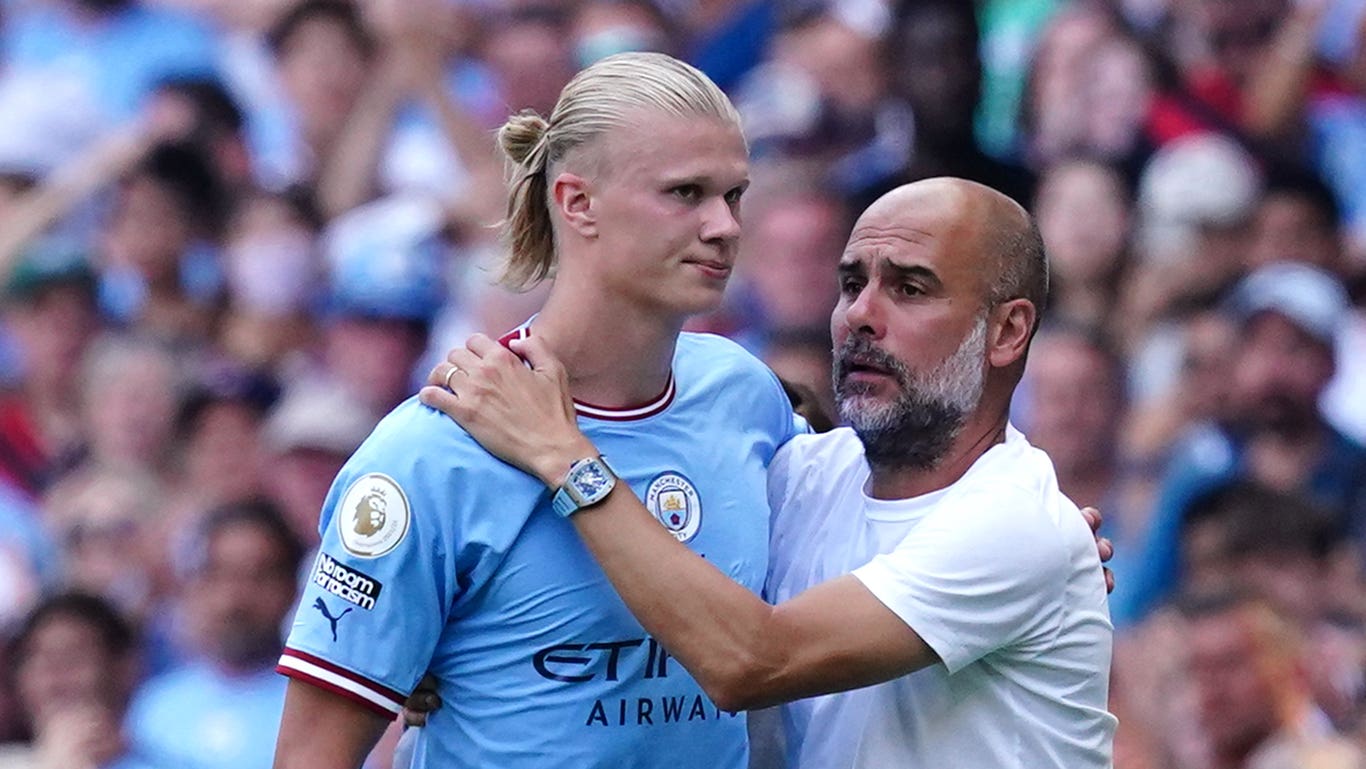 Pep Guardiola revealed he did not want to risk Erling Haaland in Manchester City’s Champions League draw at FC Copenhagen because the striker was “so, so tired”.

The prolific Haaland was named on the bench and watched as City, reduced to 10 men after the sending off of Sergio Gomez, played out a goalless stalemate in the Danish capital on Tuesday.

It was assumed Haaland, who has scored 20 goals in just 13 appearances, was simply being held back ahead of Sunday’s Premier League trip to Liverpool, but Guardiola hinted there could have been more to his selection decision.

The City manager said of the 22-year-old: “He finished the game against Southampton so, so tired and didn’t recover well.

“Yesterday was not good, today (he was) a little better but not perfect so we decide not to take the risk.”

Guardiola felt Haaland was not the only player to be feeling the effects of their recent exertions.

He said: “I thought about energy levels. Many players didn’t start because they are really exhausted with fatigue and some niggles.

“Phil (Foden) has also some problems and Bernardo (Silva) was so tired yesterday, he told us. The players I played felt better.”

The Group G clash at a raucous Parken Stadium was short on goalmouth action but not on major talking points after referee Artur Dias repeatedly visited the pitchside monitor.

The VAR advised him to do that on three occasions in the first half with his interventions leading to a disallowed goal, a penalty award and a red card.

Rodri was the unlucky party after the first call, with his superb strike chalked off after Riyad Mahrez was controversially punished for handball.

Mahrez could have been the beneficiary of the next review after Nicolai Boilesen was ruled to have handled in the area, but Kamil Grabara saved his spot-kick.

Gomez was then dismissed after another check following a tangle with Hakon Haraldsson on the edge of the area.

That left City playing with a man less for 60 minutes and Guardiola was pleased how they acquitted themselves.

He said: “To play one hour like that is tough. The width of the pitch made it tough to control.

“We had a lot of possession and in the last 10 minutes with Phil coming on I felt maybe we could break it, but the players gave absolutely everything.

“It’s a good point and we will take it. I’m so satisfied. Tomorrow we will regenerate and then we have two days to prepare (to play) against Liverpool.”

Asked if he understood the handball decisions. Guardiola said “no” but added he “didn’t see” them.

Copenhagen coach Jacob Neestrup, whose side were thrashed 5-0 in Manchester last week, felt his players did the club proud.

“This was first and foremost a team performance. It was great work from the coaching staff and the players.”