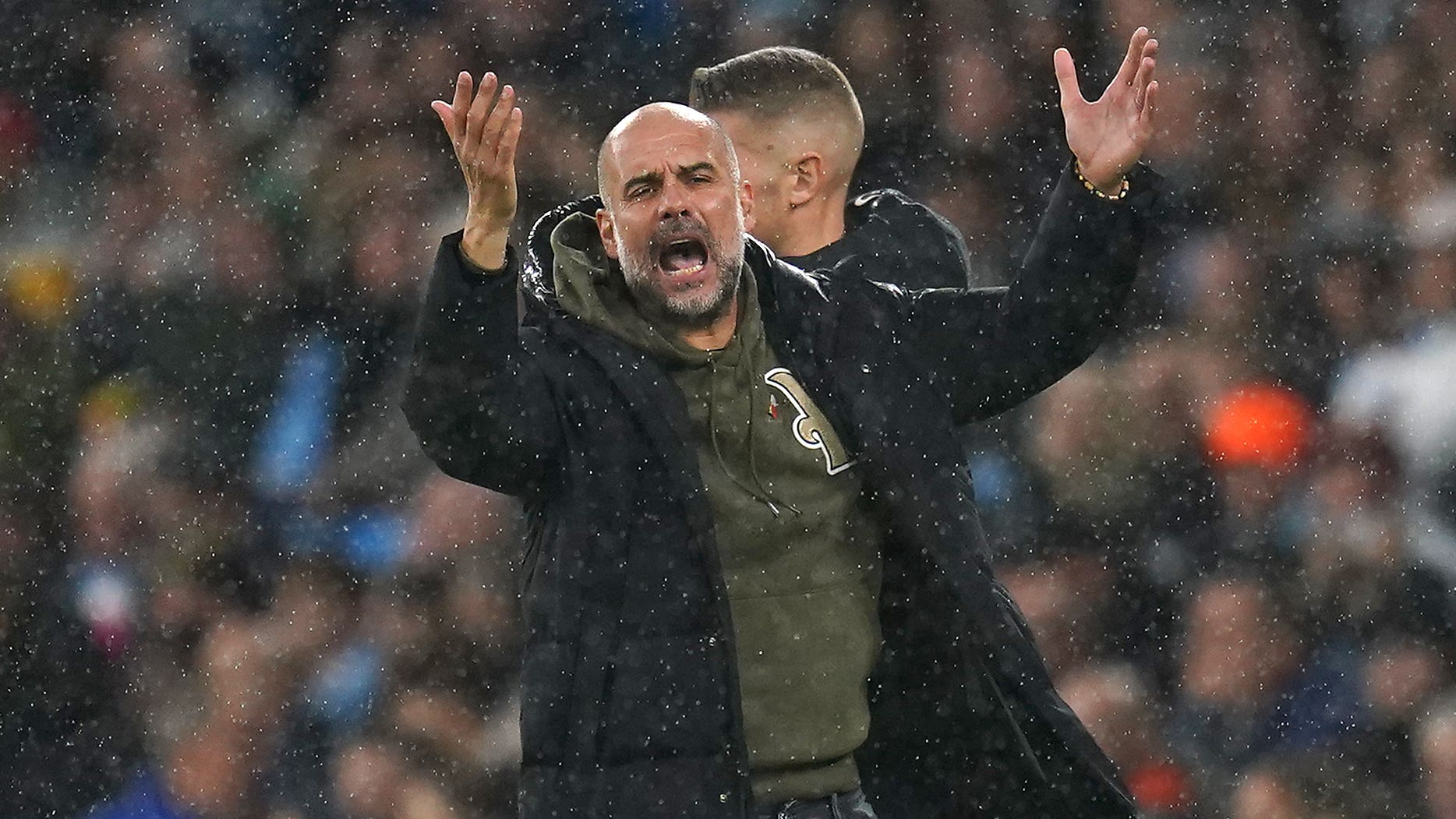 Pep Guardiola will not tone down touchline reactions in emotional moments

Pep Guardiola claims he cannot be expected to act like a statue on the touchline against Liverpool.

The Manchester City manager recognises the importance of behaving responsibly in light of the two clubs’ attempts to defuse tensions in their growing rivalry.

Ahead of Thursday’s Carabao Cup clash at the Etihad Stadium, senior figures at both of the north-west powerhouses have made a joint plea to supporters to guard against unacceptable behaviour.

This comes after Liverpool’s win over City at Anfield in October was overshadowed by a number of unsavoury incidents both on and off the field.

Guardiola acknowledges the managers have a role to play in setting standards but feels that can be achieved without taking away all emotions from the game.

He said: “People cannot behave like they’re marble, like ice cold, when you’re disallowed a goal in these type of games against the biggest opponents.

“We will always react in that way but respect for the officials, the rules and the opponent is always there from my point of view, and my teams, absolutely.

“Reactions happen, that’s why the referees are there, to react and do what they believe is correct.”

Among the controversies in that ill-tempered clash two months ago, Liverpool boss Jurgen Klopp was sent off and subsequently hit with a touchline ban.

Guardiola himself became involved in heated exchanges with officials, and later claimed he was pelted with coins, after a City goal was disallowed.

Speaking on Wednesday, he said sarcastically: “I wasn’t sent off. That’s in my dream against Liverpool, sooner or later it’s going to happen.

“No, of course we want to behave good, come on – the players, the managers, the spectators – but sometimes emotions and many things happen.”

Thursday’s encounter will be both clubs’ first outing since the break for the World Cup.

Guardiola feels the letters sent to supporters from the chief executives of both clubs appealing for an end to recent animosities this week was a positive initiative.

He said: “The clubs try to create a good environment, it’s a football game. Try to create the emotions we are seeing in the World Cup, in Argentina right now in the streets.

“You see that, it’s amazing, we want to try. Everything we can build step by step with the clubs, the press conferences with the managers, players and so on.

“It’s just a game, let’s make people happy, that’s what we try to do.”