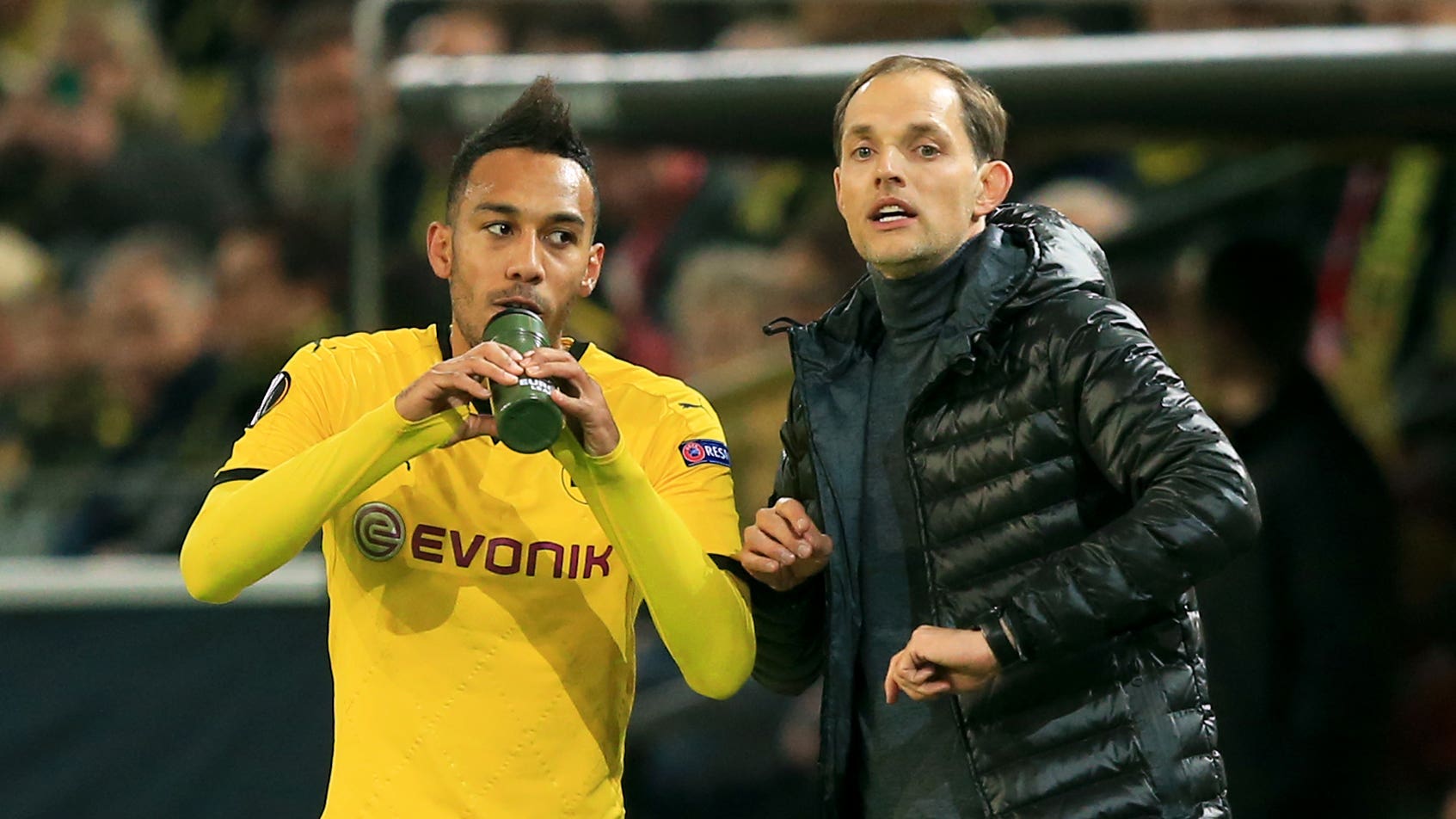 Thomas Tuchel has backed Pierre-Emerick Aubameyang to “create his own history” and break the number nine curse at Chelsea.

Aubameyang scored 79 goals in 95 appearances under Tuchel at Dortmund, before switching to Arsenal in 2018.

The Gabon striker was stripped of the Gunners captaincy by Mikel Arteta in December 2021 amid disciplinary issues before moving to Barcelona earlier this year.

Chelsea boss Tuchel joked earlier this summer that his players were scared of the number nine shirt, with the striker’s jersey left vacant after Romelu Lukaku’s loan return to Inter Milan.

Lukaku, Tammy Abraham, Gonzalo Higuain, Alvaro Morata and more have all failed to make Chelsea’s number nine shirt their own.

But now Tuchel hailed Aubameyang for having the bravery to take on that challenge.

“Auba is not afraid of the past and what a number means,” said Tuchel.

“He is ready to fight to create his own history, taking the number nine means he is brave enough.

“Auba from my point of view has always been happy to fight for something and to accept the challenge, so the more challenges he has the better it is.”

Aubameyang declared himself returning to the Premier League with “unfinished business”, no doubt in a nod to the acrimonious end to his time at Arsenal.

Blues boss Tuchel admitted he will be very happy to see his new striker energised and focused by proving his point.

“If he wants to overcome the number nine curse, or if he wants to show somebody in London he’s better than certain people think he is, then the more the better,” said Tuchel.

“Because he’s up for that and he’s happy. I know him as a very focused and in general a person with a very open heart and very happy to be on the pitch every day.

“This is what we wanted, he’s a very positive influence on the training group.

“He’s up for any challenge, he’s happy to be on the pitch to score goals and this is what we want.

“I imagine everybody’s happy that he chose the club in blue now, instead of the club in red. I think they will see very, very early what he’s about, and he’s about using his speed, but not only to score but also to work hard.

“He’s very hard working, he always was. He’s the first line of pressing, he’s very strong in counter-pressing and he’s very ready to work, and that’s what made him special in Dortmund.

“That made him a captain of Arsenal and he lifted some trophies there.

“So I think just to reduce him on his last half a year, last season where things became difficult, I cannot judge it, but it’s very rarely that it’s just one person’s problem, these things.

“So it is what it is, I’m not there to judge anything because it’s none of my business, I can just tell you how I met Auba and how Auba was for me.

“He did what he did in any club, he scored, and he won titles, and he has the winning mentality and positivity to be a huge influence on the group.”

Aubameyang has arrived at Chelsea with a minor fracture to his jaw, after his home was burgled.

The new Blues striker will miss Saturday’s Premier League clash with West Ham but could return to training next week.

Chelsea are hoping to fit the striker with a protective mask.

“We must make sure that he gets a mask, provide him with a mask to protect his jaw,” said Tuchel.

“So we will start to try with a mask from next week.”