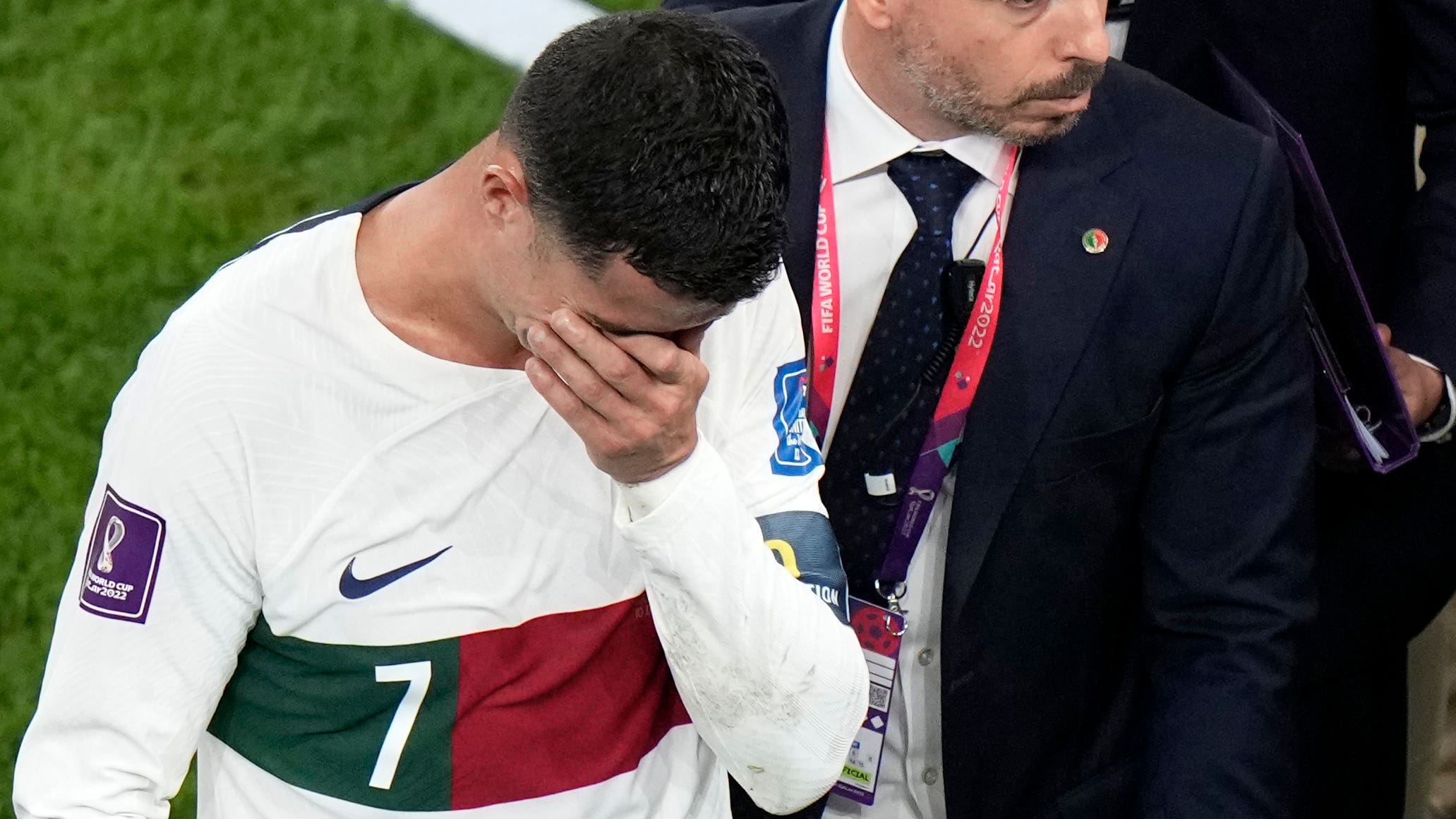 Portugal boss Fernando Santos insisted he had no regrets about leaving Cristiano Ronaldo out of the starting line-up for their World Cup quarter-final loss to Morocco.

Having dropped Ronaldo for the 6-1 victory over Switzerland and seen his replacement Goncalo Ramos score a hat-trick, Santos stuck with the same team.

Youssef En-Nesyri put Morocco ahead in the first half and Santos sent on Ronaldo early in the second but he made little impact and walked off the pitch in tears at the end of the 1-0 defeat, his last chance of a World Cup winners’ medal surely gone.

Santos defended his team selection, saying: “No regrets. I think this was a team which played very well against Switzerland. Cristiano’s a great player. He came on when we thought that was necessary.”

Joao Felix proved the biggest danger for Portugal and he twice forced impressive saves out of Morocco keeper Bono, while Pepe had a golden chance to equalise with almost the last kick of the game.

“Of course our players are distressed, they are upset,” said Santos. “We are even more upset because we know we have skilful players and we were expecting to give more joy to the Portuguese people.

“We knew the challenges we would face, especially in terms of defensive strategy. We tried to make the game hard for our opponents but we were not successful.

“Obviously we also need to give credit to the Moroccan squad. I think it’s not fair for us to lose but that’s football.”