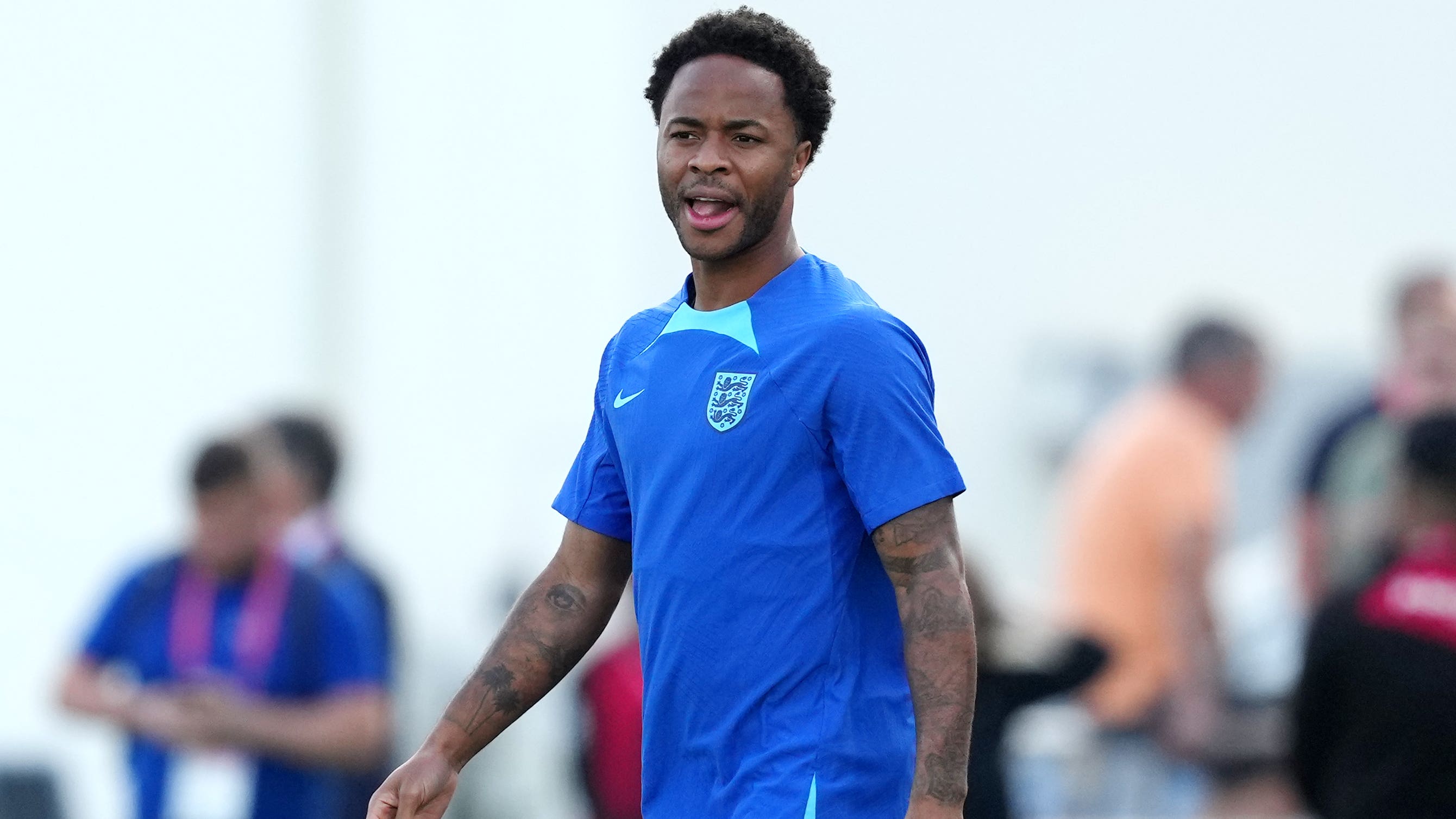 Raheem Sterling trains with England on eve of France quarter-final

England forward Raheem Sterling returned to training on the eve of the World Cup quarter-final against France fresh from rejoining the squad in Qatar.

The 28-year-old did not feature in last weekend’s last-16 win against Senegal due to concerns over his family’s wellbeing following an incident at his home in Surrey.

Sterling head backed to the UK to deal with the matter but linked back up with England in Qatar on Friday as preparations gear up for the World Cup clash against France.

The forward was part of the 25-man group training at Al Wakrah Sports Complex on Friday afternoon.

Sterling was joined in the session by midfielder Declan Rice and centre-back John Stones after some questions over their availability.

Striker Callum Wilson was also involved in the session having dealt with a muscle strain this week.