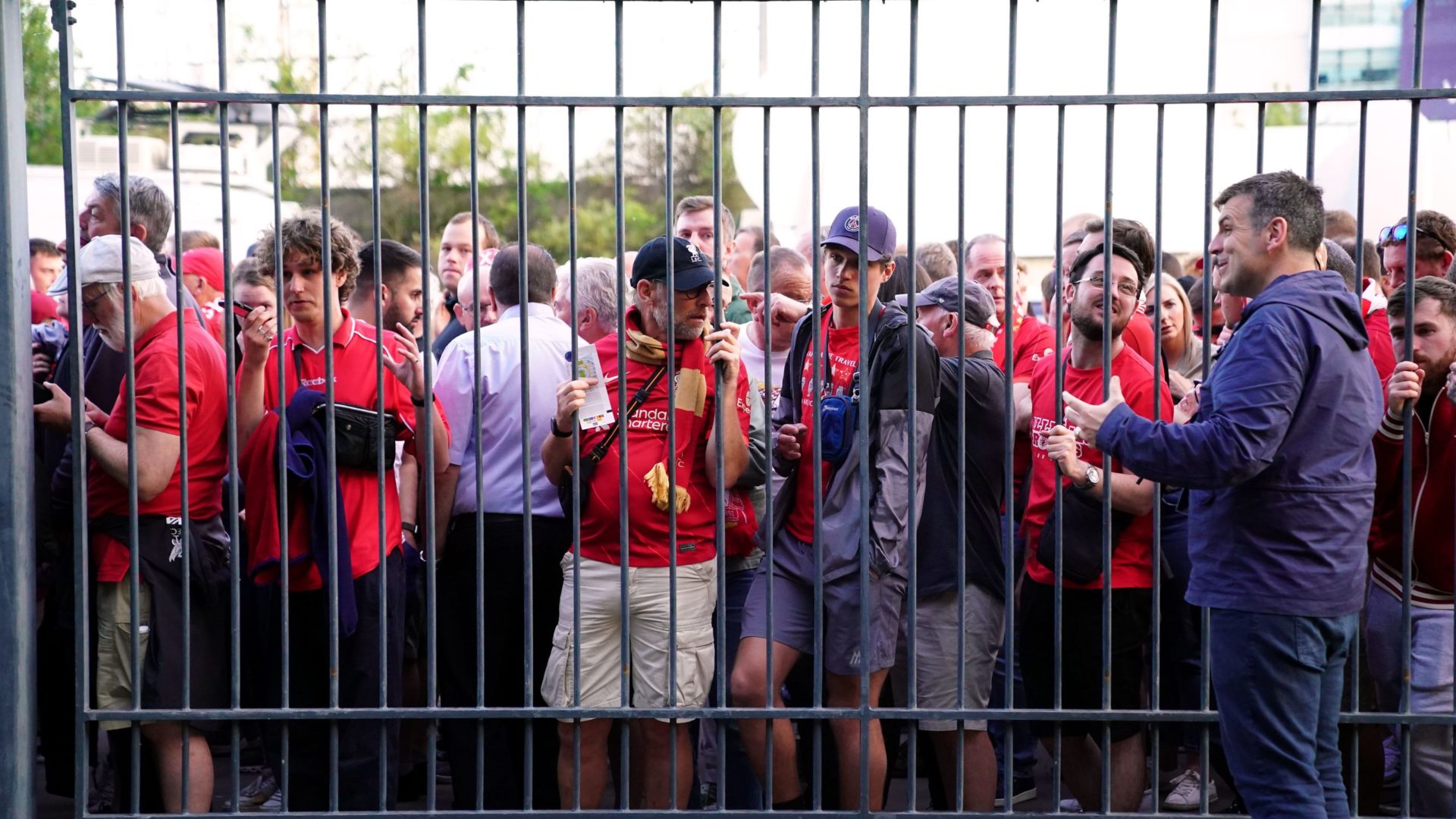 Real Madrid have questioned UEFA’s decision to hold the Champions League final at the Stade de France and called for answers on the chaotic scenes outside before kick-off.

The European governing body announced on Tuesday a comprehensive and independent review would be established to examine the access issues that led to fans being crushed and tear-gassed outside the stadium last Saturday.

UEFA initially blamed the late arrival of fans for the problems before later issuing a statement referring to fake tickets as the cause.

French government ministers reiterated the latter claims, alleging “fraud at an industrial level” leading to the fiasco that followed.

Although it was Liverpool fans that were mainly affected, some Real Madrid supporters were caught up in the mayhem as well, leading to the Spanish club – that won the final 1-0 – to release a damning statement on Friday.

It read: “In light of the unfortunate events which took place on the 28th of May in the surroundings of and at access points to the Stade de France, and even inside the stadium itself, Real Madrid C. F. wishes to express the following in defence of our fans, who were victim to said events:

“We would like to know the reasons which led to this venue being chosen to host the final and the criteria used, taking into account the experiences of the day.

“Furthermore, we call for answers and explanations in order to determine those responsible for leaving the fans abandoned and defenceless. Fans who in general terms showed exemplary conduct at all times.

“We believe something which should have been a wonderful festival of football for all fans who attended the game, quickly turned into a series of unfortunate events which have caused a sense of outrage around the world.

“As was evident in the revealing images published by the media, several fans were attacked, harassed, assaulted and robbed in violent fashion.

“These occurrences continued as they moved in their cars or buses, causing concern for their physical well being. Certain fans even had to spend the night in hospital as a result of injuries.

“Football has transmitted an image to the world which is far away from the values and goals which it should pursue.

“Our fans and supporters deserve a response and those responsible to be held accountable in order for events like these to be eradicated from football and sport in general.”

Real’s response comes after Liverpool wrote to UEFA asking for clarity over how the planned report would be compiled.

The Premier League club, having swiftly called for a full investigation into the fiasco after the game, have given that news only a cautious welcome, feeling that the European governing body needs to give more detail.

Chief executive Billy Hogan told the club’s website: “We at Liverpool have been calling for an investigation into what happened in Paris on Saturday, not a report. I think those are two very different things.

“We need clarity around what those points we are asking, the questions we’ve asked, to fully understand the proposed process.

“We just feel it’s incredibly important that we get this investigation going.”