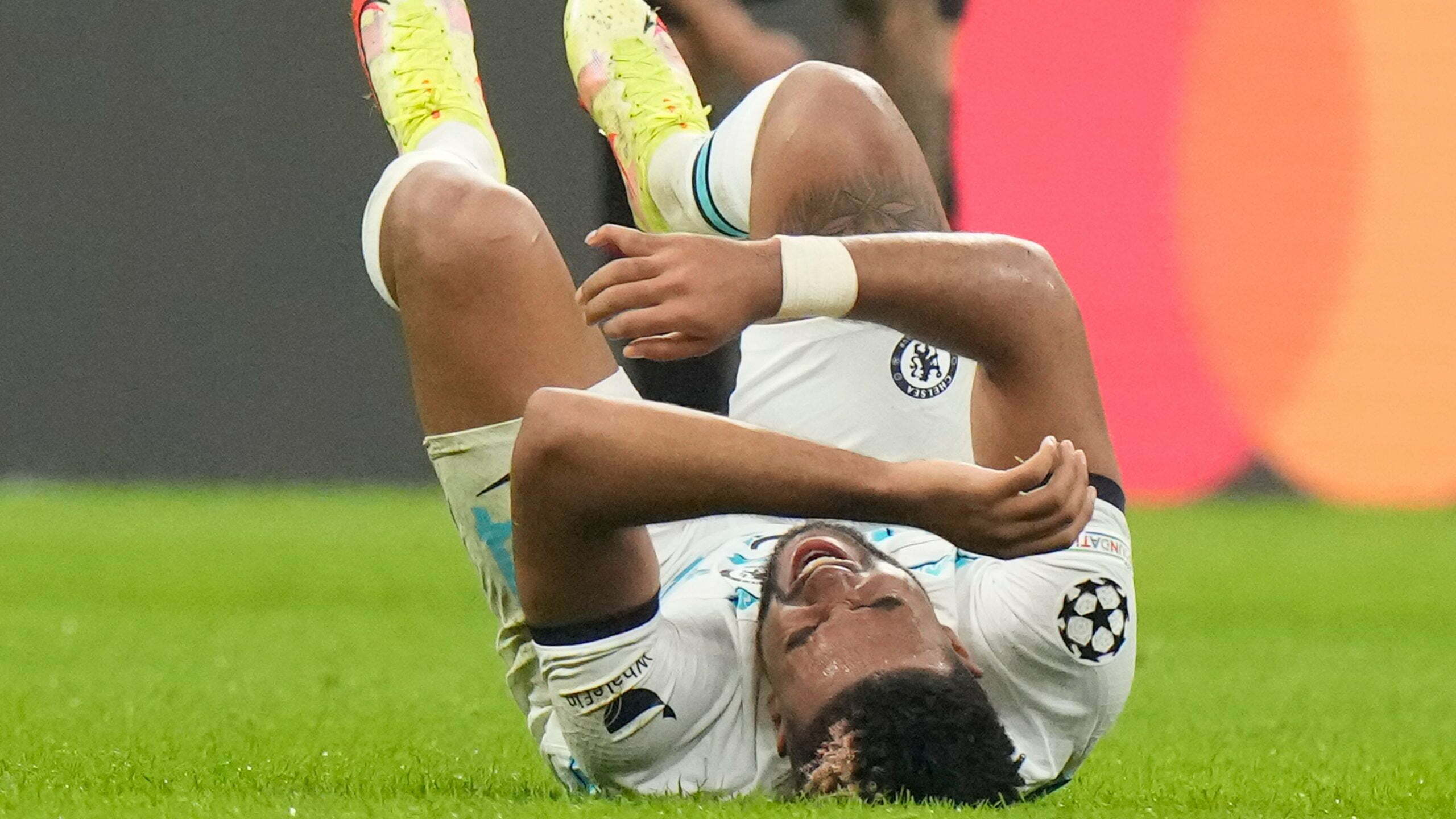 James cut a dejected figure when trudging off midway through the second half with an apparent leg problem, adding to both Chelsea and England’s injury concerns.

Jorginho’s penalty and a fine Pierre-Emerick Aubameyang finish sealed Chelsea’s fourth win in a row in all competitions under Graham Potter.

Former Blues defender Fikayo Tomori endured a night to forget at the San Siro with an 18th-minute red card that put his old club in the driving seat.

England arguably boast the most strength at right-back in world football, but manager Gareth Southgate’s options for Qatar are appearing more limited by the day.

Manchester City’s Kyle Walker is rated only 50-50 to make the World Cup that starts on November 20 after groin surgery.

Liverpool’s Trent Alexander-Arnold has an ankle problem, and now James has added to those worries.

Newcastle’s Kieran Trippier would seem the national side’s only fit established right-back at this moment, though club and country will hope for good news on James.

Tomori revealed his latent fury from Milan’s 3-0 defeat at Stamford Bridge in the build-up to this rematch.

If the 24-year-old came into the contest grinding his teeth, he left the San Siro pitch prematurely with steam coming out of his ears.

Tomori raged at referee Daniel Siebert, fourth official Daniel Schlager and a host of innocent bystanders too, refusing to leave the pitch after being sent off.

The Canada-born centre-back impeded Mason Mount in the area and suffered the full consequences.

As the last man Tomori could ultimately have few complaints, even if elements of the foul seemed soft.

Jorginho shut out the deafening cat-calls and ignored lasers shined into his eyes to convert the spot-kick after Tomori had eventually, and reluctantly, exited stage vexed.

The sending-off naturally changed the game, handing the Blues extra time and space, especially in attack.

Ex-Chelsea man Olivier Giroud nodded over when unmarked in the area, but beyond that Milan struggled for a first-half foothold.

And then Aubameyang stroked home first-time from Mount’s pass to double the visitors’ lead for a stylish goal.

Conor Gallagher replaced Mount at half-time and quickly dragged a shot just wide as the Blues looked to maintain control.

Chelsea eased off the gas given their situational and territorial dominance, with Milan struggling to make any impact on proceedings.

Just when the Blues looked to wrap up the perfect night however, James handed boss Potter another injury problem.

England will also sweat on James’ issue, given the stellar wide man’s potential impact in Qatar.

Chelsea will roll onwards in Group E though, the Blues now in control of their destiny after two fine wins over Milan.

New boss Potter’s influence grows every day and the west Londoners appear to be warming to the ex-Brighton man’s approach.