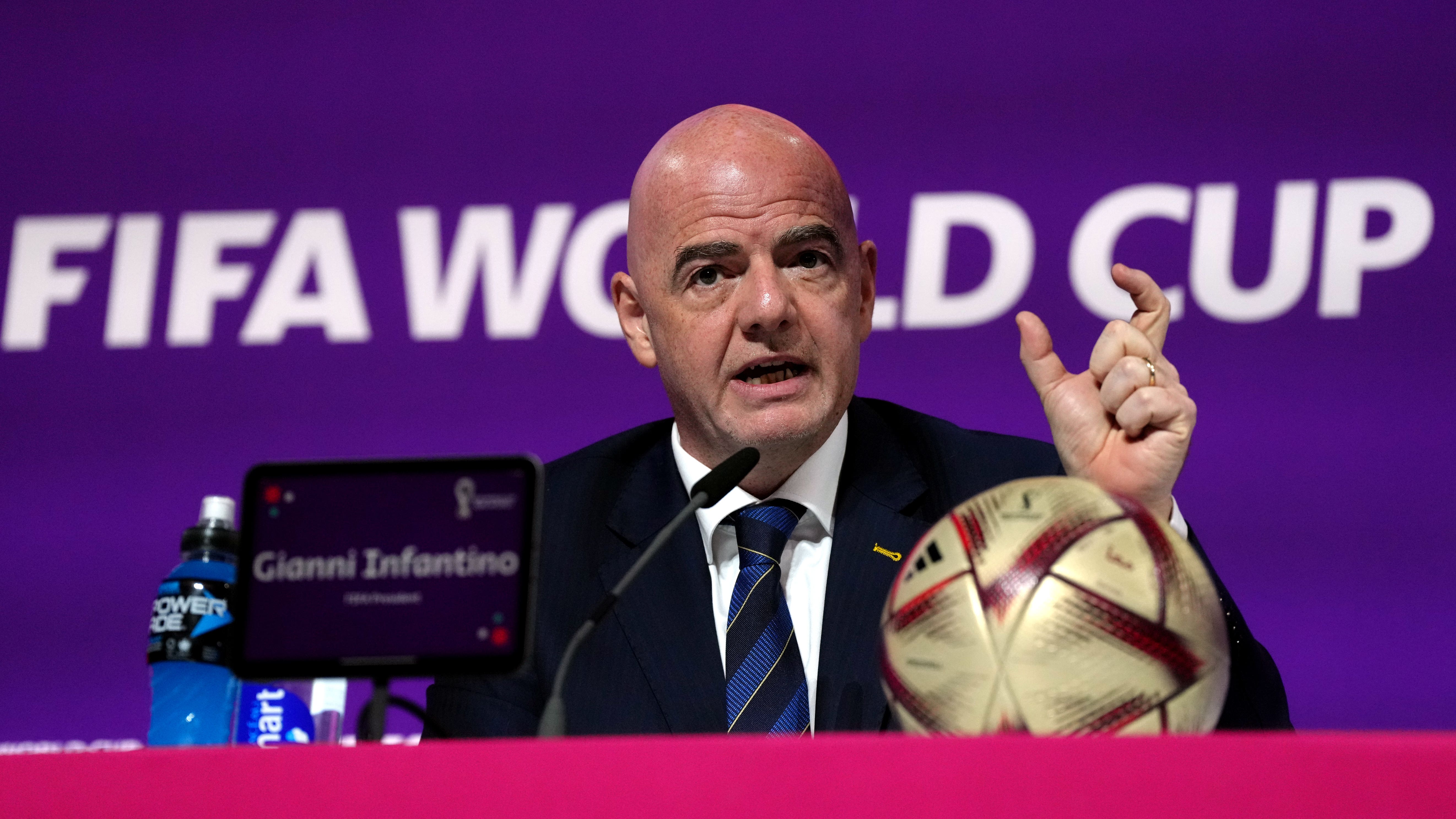 Gianni Infantino has defended FIFA’s stance on the ‘OneLove’ armband at the Qatar World Cup by suggesting football matches should be a time for everyone to ‘forget their problems’ rather than create more.

Seven European nations competing at the tournament – including England and Wales – planned to wear anti-discrimination armbands during matches but were dissuaded from doing so following the threat of sporting sanctions from FIFA.

England captain Harry Kane was due to wear the armband only for the decision to be taken just hours before kick-off in their opening game against Iran that he should no longer do so.

The PA news agency understands the sanctions could have been harsher than Kane – and other skippers – simply being shown a yellow card for sporting the piece of kit and therefore it was deemed they should avoid such incidents.

Instead, FIFA brought forward its own armband campaign which had originally been scheduled to start in the latter stages of the tournament, with FIFA president Infantino calling for the sporting regulations to be upheld.

“It’s not about prohibiting or not prohibiting. It’s about respecting regulations, we have regulations which say on the field of play, you play football and that’s what we did,” he said.

“Everyone is free to express his views, his opinion, his beliefs, the way he believes, as long as it’s done in a respectful way.

“This is nothing new, they are there for this reason to respect and to protect the 211 football teams (under the FIFA banner), not 211 heads of states, regimes, or what have you.”

There have been incidents of supporters being told they cannot access World Cup stadiums while wearing rainbow clothing, despite FIFA insisting it has said that should not be the case.

The death of migrant workers, a poor record of human rights and the treatment of LGBTQ+ individuals in Qatar have all had a spotlight shone on them since the Gulf state was first awarded the World Cup in 2010.

Following the decision not to wear the ‘OneLove’ armband, Germany’s players covered their mouths ahead of their first game at the World Cup.

“But I also believe that those fans who come to the stadium – those 80,000, 70,000, 90,000 – and all those billions of fans who are watching the World Cup on TV, maybe we should think about that and I say this candidly really to everyone, everyone has their own problems.

“They just want to spend 90 minutes or now 100 minutes or 105 minutes or whatever without having to think about anything else than just enjoying a little moment of pleasure and joy or at least emotion.

“That’s what we have to do. We have to give to all these people a moment of time in their life where they can forget about their own problems and enjoy football.

“Between and after competitions, during competitions outside of the match in the field of play, well, everyone can express his views and opinions the way he wants. But let’s give this moment of joy to those who want to enjoy the game.”