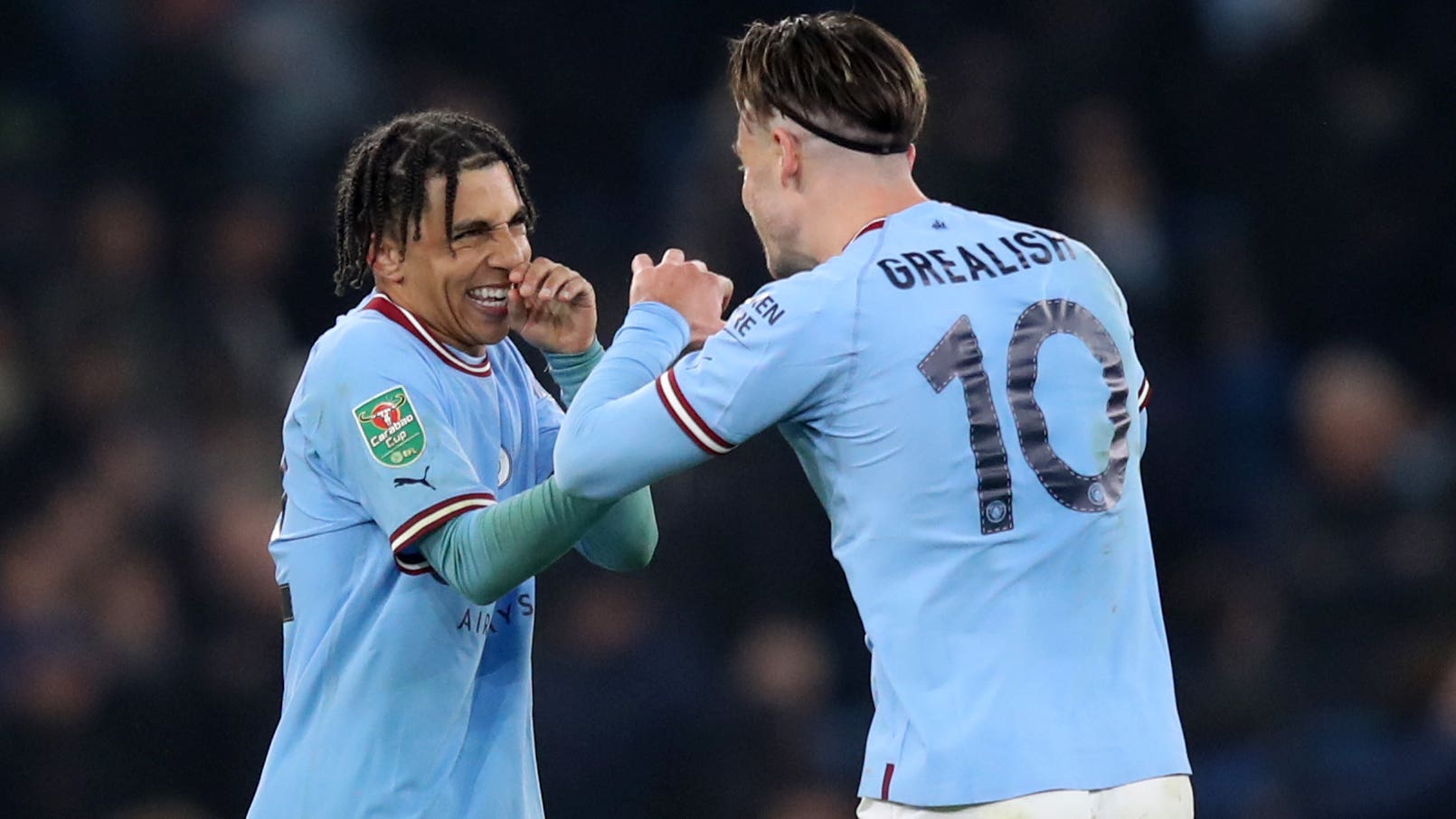 By By Andy Hampson PADecember 23, 2022No Comments

Pep Guardiola believes Manchester City have unearthed a star for the next 10 years in teenage right-back Rico Lewis.

The 18-year-old academy graduate grabbed his latest first-team opportunity by producing a fine display in City’s hard-fought 3-2 Carabao Cup win over rivals Liverpool at the Etihad Stadium on Thursday.

It came after Lewis scored on his first senior start against Sevilla in the Champions League early last month and was his seventh appearance of the season in total.

“I have the feeling that without him we could not play the way we played,” said City manager Guardiola who, with Kyle Walker and Joao Cancelo having just returned from the World Cup, had no qualms throwing Lewis into what proved a high-intensity encounter.

“I’m absolutely really impressed, for a young age, how he played against a real, real senior team.

“It is not about with-the-ball intelligence, it is about without the ball.

“We had the privilege to almost announce that this guy will take a big decade, will be an absolutely incredible player for Manchester City in the next years because he is so intelligent, so humble. He understands everything in just one second and applies everything.

“He’s so clever. We have an incredible right full-back with us for the next few years.

“He always plays good, but not (just) against Liverpool. Liverpool are special, with (Darwin) Nunez, (Mohamed) Salah, Thiago (Alcantara) and (Andy) Robertson on his side.

“He is 18 years old and the way he played was outstanding. He was man of the match.”

The irrepressible Kevin De Bruyne could also lay claim to being the game’s outstanding player as he set up two goals and created a host of other chances in City’s eventual victory.

Liverpool had twice fought back to level as equalisers from Fabio Carvalho and Mohamed Salah cancelled out efforts from Erling Haaland and Riyad Mahrez but Nathan Ake’s header just before the hour won it.

The result ended Liverpool’s reign as holders and kept City, who now travel to Southampton in the quarter-finals, on course for a fifth win in the competition in six years.

Mahrez said: “It’s a great win against a tough opponent, it wasn’t easy. I think we did a good game and deserved to win in the end.”