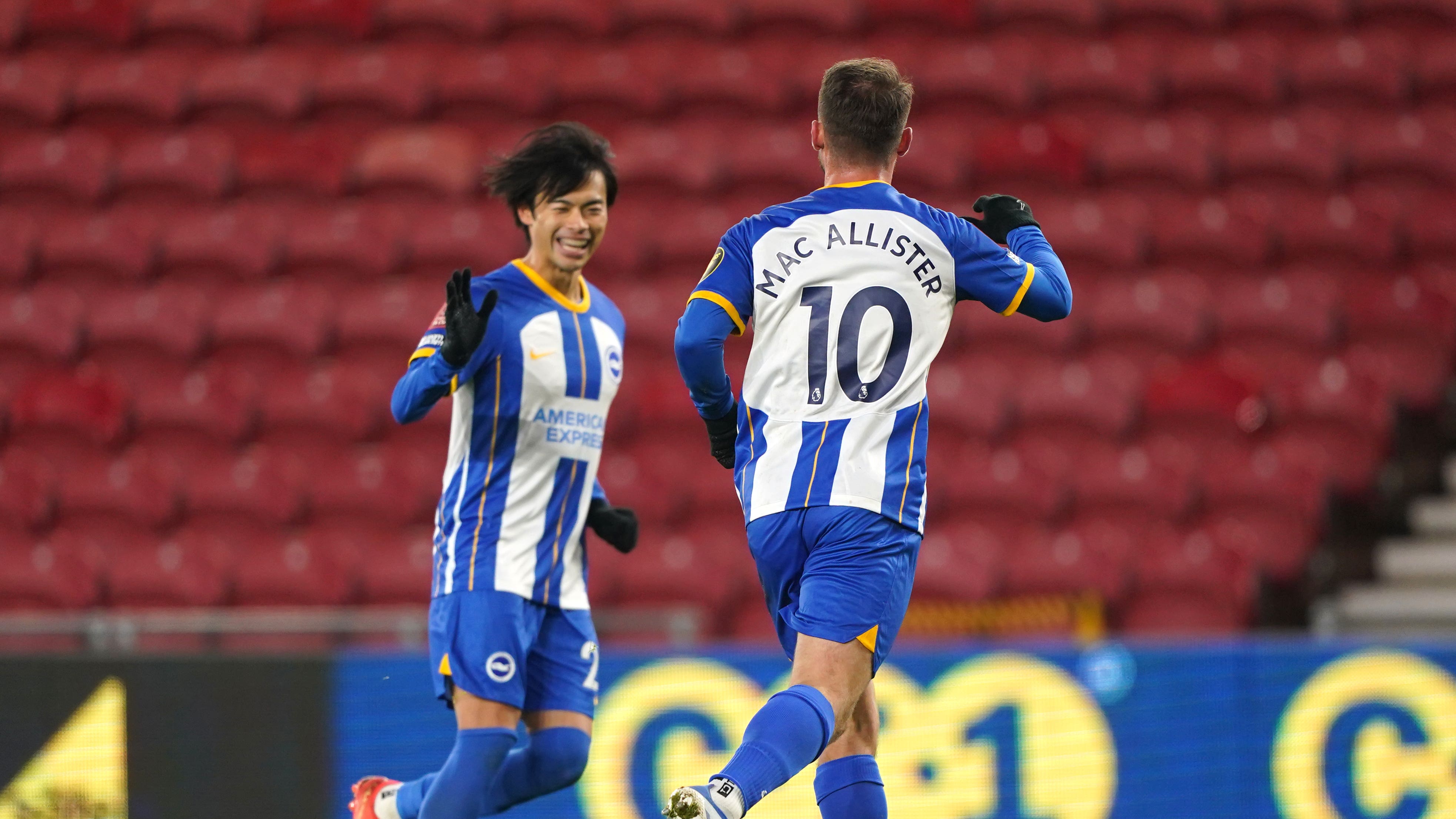 By By Damian Spellman PAJanuary 7, 2023No Comments

Boss Roberto De Zerbi was not surprised to see World Cup winner Alexis Mac Allister come off the bench to cement Brighton’s place in the FA Cup fourth round.

The Argentina international scored two second-half goals, the first of them with an audacious flick, to help the Premier League Seagulls to a 5-1 win at Sky Bet Championship Middlesbrough.

Asked about his contribution, De Zerbi said: “Alexis is not a surprise for me. Alexis is a top player for me, for us and I think after the World Cup, for everybody.

“But I knew before the World Cup he is a very good player, a very important player for me, for us.”

Brighton went in at the break at the Riverside Stadium 2-1 to the good after Pascal Gross and Adam Lallana had taken advantage of poor defending either side of Chuba Akpom’s equaliser.

Mac Allister’s introduction at half-time saw them step up a gear and the Argentinian’s clever 58th-minute flick and another deft finish 10 minutes from time had wrapped up the win long before fellow substitute Deniz Undav completed the scoring.

Asked if the midfielder had returned from Qatar with extra confidence, De Zerbi said: “I don’t know but he is a strong player in his head and I think he didn’t need the World Cup to have confidence.

“He has the quality to score. Before the World Cup, I used him in a midfield position with responsibility to build the play.

“Now he’s higher and I think higher he can help us to find the last pass, to find goals because he knows very well that position.”

Belgium’s Leandro Trossard did not make the matchday squad on Teesside after being told he needed to show more to earn his place, sparking speculation over his future, although De Zerbi insisted his absence was injury-related.

He said: “Yesterday he didn’t train with us. He has a problem with his calf.”

It proved a sobering afternoon for Boro, who had lost only one of their previous nine games, although head coach Michael Carrick was happy with aspects of his team’s performance against opposition he always expected to cause significant problems.

Carrick said: “I knew before the game how good they are.

“We’ve obviously watched a lot of them and those who hadn’t probably seen much of them maybe didn’t appreciate how good they have become at the moment, so we knew who were up against.

“For long spells in the game I thought we did really well, actually, and we still felt and looked like we had a threat in the first half, especially on the break.

“You just need those moments to change the course of the game, really, and we didn’t quite get it and towards the end, obviously it becomes difficult.”