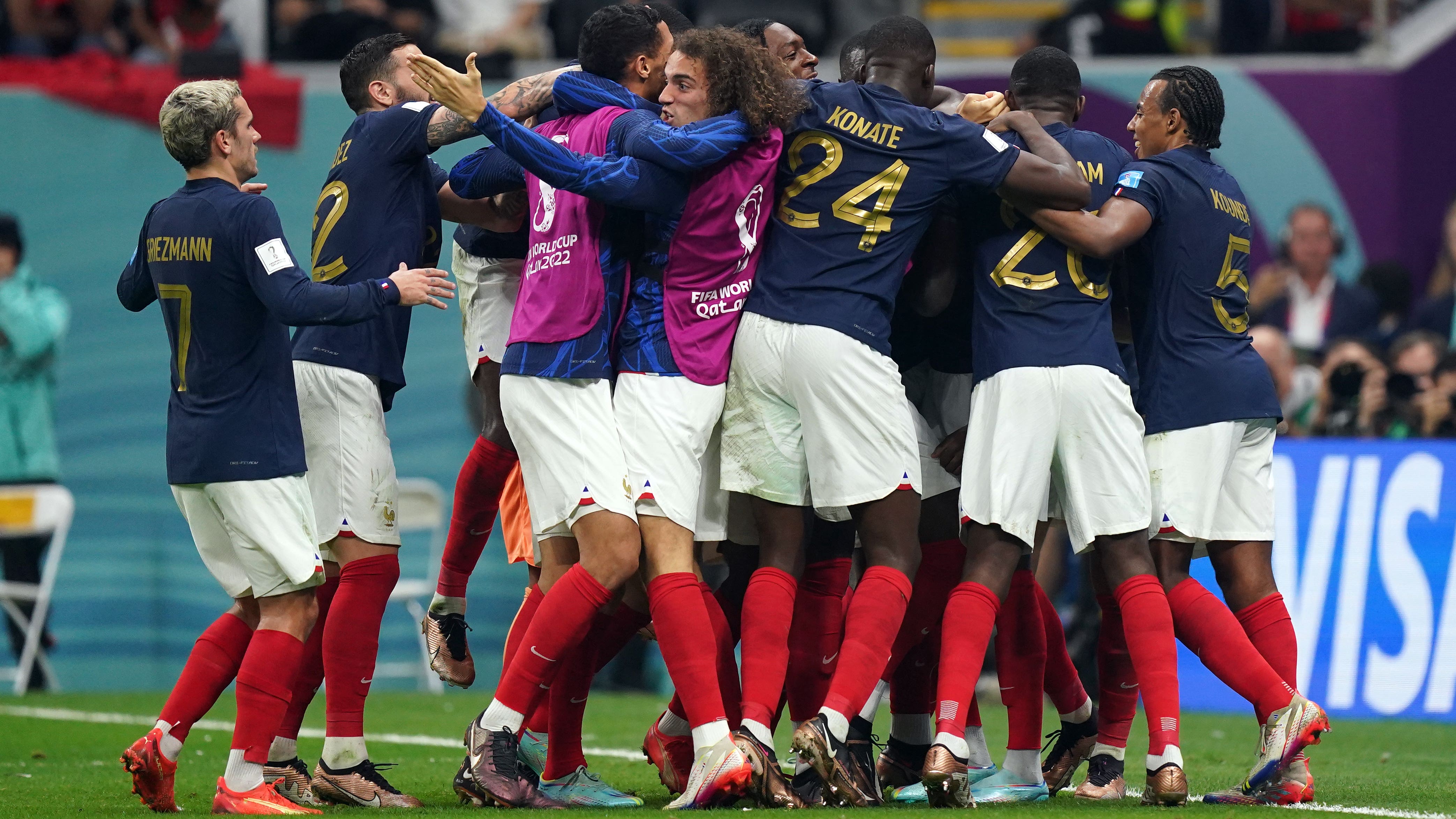 Route to the World Cup final: How France set up a showdown with Argentina

France remain on course to retain the World Cup after setting up a final showdown with Argentina by beating Morocco 2-0.

They emphatically bounced back from the shock of falling behind to Australia by registering a thumping 4-1 win as Olivier Giroud claimed a brace to move level with Thierry Henry as France’s all-time record goalscorer.

Kylian Mbappe’s double in a 2-1 victory over Denmark then secured progression with a game to spare before a much-changed side suffered a surprise 1-0 defeat to Tunisia.

Mbappe continued his fine form to fire the French to a routine 3-1 second-round success over Poland.

A second-half double from the Paris St Germain forward, after Giroud surpassed Henry’s record by claiming his 52nd international goal on the stroke of half-time, set up a mouthwatering last-eight showdown with England.

Robert Lewandowski grabbed a consolation deep into added time by converting a penalty.

Aurelien Tchouameni’s long-range opener was cancelled out by a Harry Kane penalty before Giroud’s fourth goal of the competition restored the advantage.

Kane could have forced extra-time but blazed a second spot-kick high over the crossbar of Tottenham team-mate Hugo Lloris’ goal.

France, who beat Croatia 4-2 in the Moscow final four years ago, were overwhelming favourites to once again reach the showpiece match after being drawn against the tournament’s surprise package.

Morocco had upset Belgium, Spain and Portugal en route to the last four and produced a spirited response to falling behind inside five minutes to a Theo Hernandez strike.

But France’s superior quality ultimately prevailed as substitute Randal Kolo Muani wrapped up a 2-0 success by striking moments after coming on.