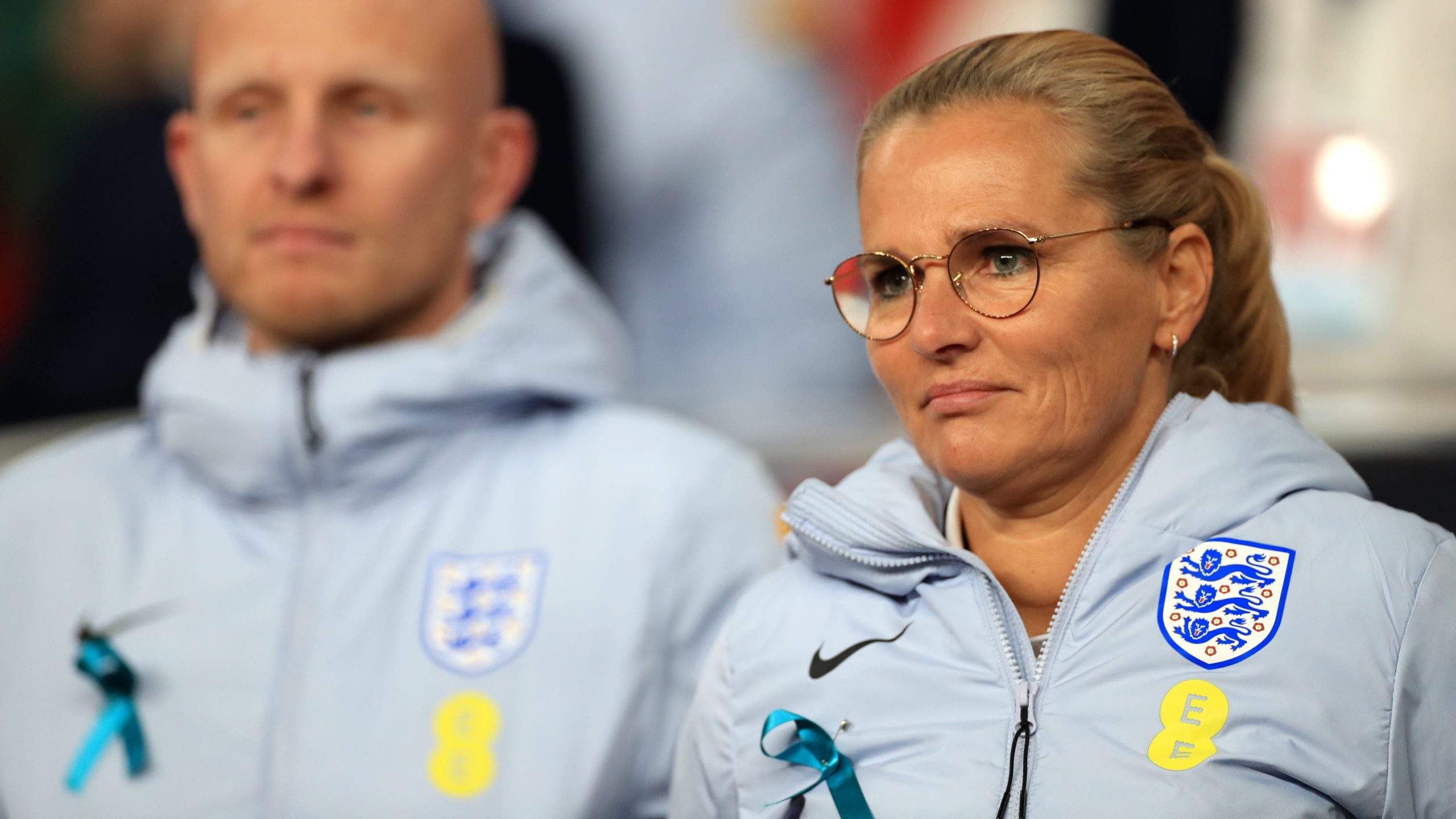 Sarina Wiegman stressed England will only be able to lay claim to being the best team on the planet once they have lifted the World Cup after her side defeated the United States 2-1 in a friendly at Wembley.

Returning to the scene of their historic European Championship triumph in the summer, the Lionesses recorded their first victory since 2017 over the US, who had beaten them en route to claiming the 2019 World Cup.

England are 23 matches undefeated under Wiegman, winning 21 of those, as they prepare for next summer’s World Cup in Australia and New Zealand.

“I think we’re in a very good place, but as I say all the time, it’s so close, there’s so many good countries.

“We’ve done really well, but we have to keep doing that, keep working hard and executing our plans.

“I do think you’ve seen our team grow very, very much. But we also take up some things we can really do better, we do our best to be the best we can be, and hopefully that will bring us lots more success – but we don’t know now.”

In front of a crowd of 76,893, England went ahead through Lauren Hemp’s 10th-minute finish before Sophia Smith equalised in the 28th minute after Georgia Stanway lost possession near her own box.

The Lionesses then benefited from two VAR checks – one resulting in the penalty from which Stanway restored their lead after 33 minutes, and another soon after that saw Trinity Rodman’s strike for the visitors disallowed, with Smith ruled to have been offside.

VAR also ensured a late penalty award against England for handball was overturned, with the ball having struck Hemp’s legs.

Wiegman felt England were deserving victors and added: “We can take lots of things from this. We don’t win a World Cup now, but it’s really good to have this moment, this game in this environment with all the people cheering for us, as we prepare for next year.

“It’s good to have a test against the USA because they’ve won so many things over years and years. So lots of respect for them, but hopefully we’re catching up – and again, it’s now October, it’s not July yet.”

The game saw England and the US wearing teal armbands in what they had said was “a show of unity and common cause…to stand in solidarity with sexual abuse victims”. The teams together held up a banner reading ‘PROTECT THE PLAYERS’ just before kick-off, while the Wembley arch was also lit teal.

The fixture came four days on from the publication of a report from an independent investigation which said verbal and emotional abuse and sexual misconduct “had become systemic” in the National Women’s Soccer League in America.

US boss Vlatko Andonovski said: “It was a very special moment when the players got together and had the banner. It gave me goosebumps, and to see the support from the fans as they applauded that moment, thought it was incredible.

“It was a statement that we have to stop sexual violence. The players did an incredible job of using this game as a platform to fight against it.”

Wiegman said: “It was very important. We all wanted to be very supportive because it is very horrible that these situations occur. It should stop, people are speaking up and I think that is very strong, and we need to make sure this is going to change and not happen again.”