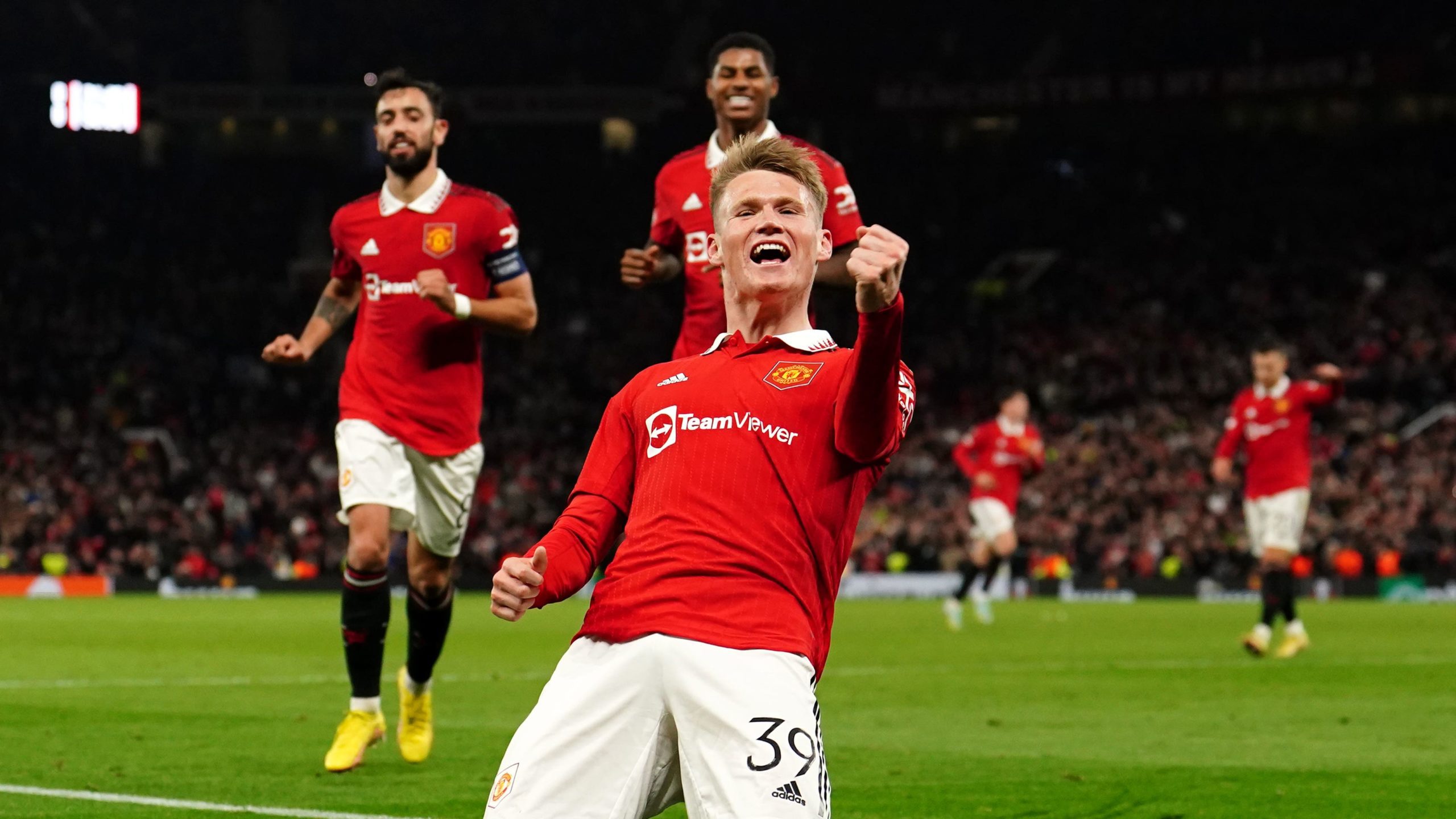 Erik ten Hag’s men were given a scare when overcoming the Cypriot side 3-2 last week but few expected anything other than a comfortable win as the Red Devils played their first home match in five weeks.

Fabiano impressed between the sticks last Thursday but injury meant back-up goalkeeper Uzoho started at Old Trafford, where the boyhood United fan produced the performance of his life.

The Nigeria international produced save after save as Ten Hag’s men peppered the hosts’ goal, only for substitute McTominay to seal a 1-0 victory in third minute of stoppage time.

The win puts United on the cusp of qualification but finishing top of Group E remains crucial to avoid a knockout round play-off against one of the third-ranked teams from the Champions League group phase.

Only a remarkable result at home to Sheriff Tiraspol would threaten their chances of finishing in the top two, meaning the focus is on the fight for top spot in the final pool match at Real Sociedad on November 3.

It was a last-gasp gut punch for the raucous 4,500 away fans, who made themselves heard throughout the day in Manchester and roared on their side from the outset at Old Trafford.

Fred saw a shot blocked inside the opening minute and Marcus Rashford’s curling effort from the resulting corner was the first stopped by standout goalkeeper Uzoho.

Cristiano Ronaldo, Rashford and Bruno Fernandes threatened as United continued in the ascendancy but, much like last week’s 3-2 win in Cyprus, they were failing to take their chances.

Rashford wasted a good chance when striking straight at Uzoho in front of the Stretford End and, having seen Fernandes bend wide from distance, the homegrown forward saw a fizzing strike well saved.

Ronaldo turned and hooked wide as the onslaught continued, with Casemiro seeing a thumping effort from distance rattle the crossbar with perhaps the slightest touch from Uzoho.

Ronaldo and Fred had efforts before Omonia blew a glorious chance to take the lead.

Bruno raced down the left and made a beeline for David De Gea’s goal, deciding to take a shot from an acute angle rather than crossing to wide open Andronikos Kakoulli. Lennon’s fury on the touchline was clear.

Lisandro Martinez infuriated the visiting support by stepping across Kakoulli to prevent the Omonia skipper latching onto a sloppy Diogo Dalot backpass with De Gea off his line soon after.

Casemiro headed a Fernandes free-kick wide as the half came to an end, with Uzoho producing a pair of double saves in quick succession when the second half got under way.

The 23-year-old got down low to stop Antony’s left-footed strike and Rashford when he hit the rebound into the ground within 20 seconds of the restart.

Laughing Ronaldo would made a remark to Uzoho three minutes later having been denied following in Fred’s saved initial effort.

The visiting goalkeeper was as impressive as United were toothless at Old Trafford.

Rashford curled wide and then had a shot blocked after Fernandes missed, with a VAR check for handball coming to nothing before Moreto Cassama escaped with a booking for a clumsy challenge on Casemiro.

Uzoho denied Ronaldo at his near post and substitute Christian Eriksen saw an attempt blocked. Rashford struck across the face of goal as the pattern of frustration continued.

McTominay became the latest to be denied by Uzoho as the clock wound down, only for Omonia’s dreams to be extinguished in stoppage time.

Jadon Sancho’s ball was deflected across the box to fellow sub McTominay, who took a touch and drove home to the audible relief of the Old Trafford faithful.