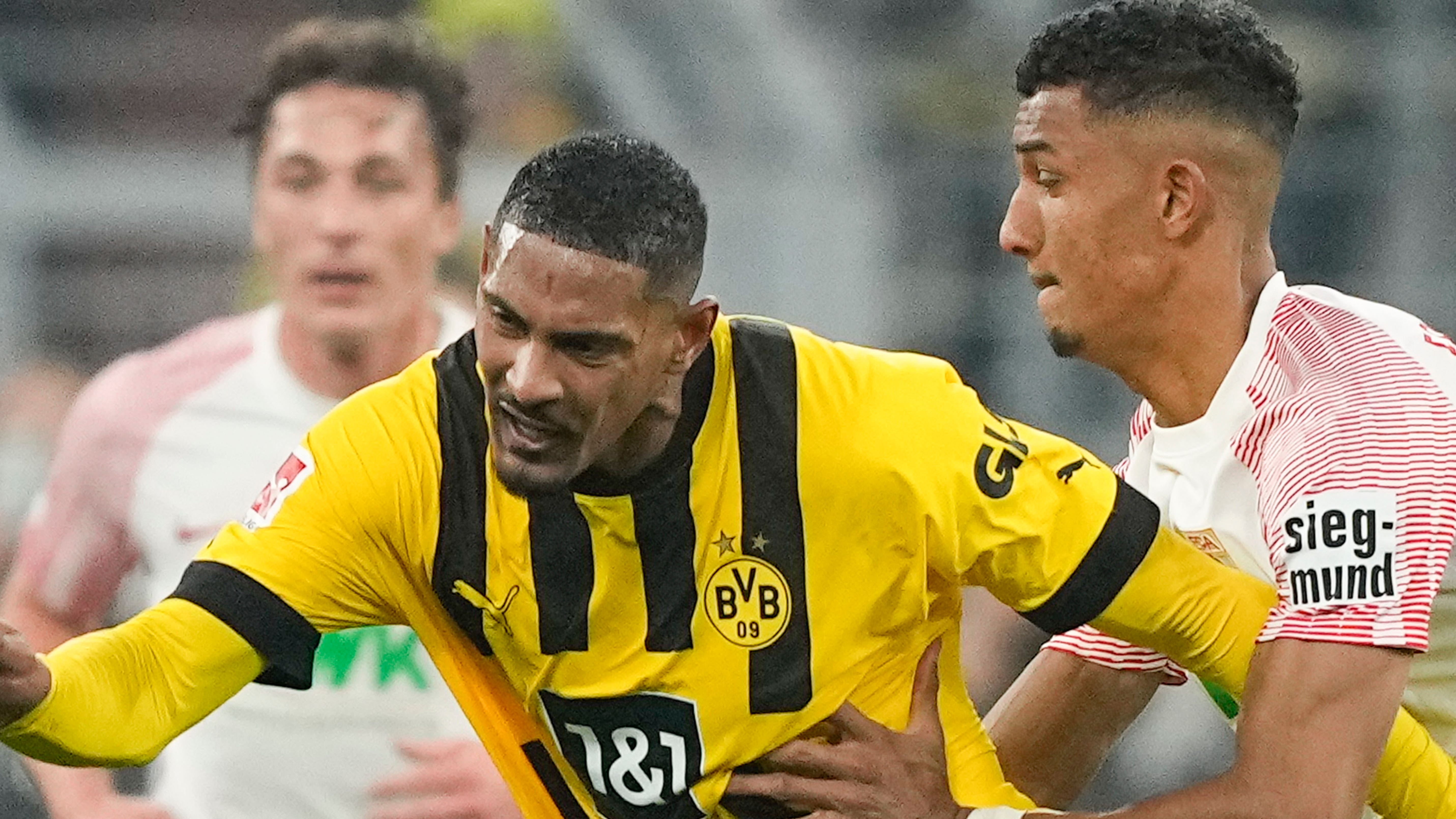 Haller’s delayed league debut as a 62nd-minute substitute for Youssoufa Moukoko, with the game finely poised at 2-2, was met with a rapturous reception at Signal Iduna Park.

The former West Ham player underwent chemotherapy after a malignant tumour was discovered in July, just days after he joined the German club from Ajax in a reported £27million deal.

Ivory Coast international Haller, who made more than 50 appearances for the Hammers between 2019 and 2021, earlier this month resumed training with head coach Edin Terzic’s squad at their camp in Marbella.

England midfielder Jude Bellingham, who has reportedly attracted the interest of a number of Premier League clubs despite being under contract until 2025, opened the scoring just before the half-hour mark with a wonderful goal from the edge of the box and set up the winner for Giovanni Reyna 12 minutes from time. Another Englishman, under-19 international Jamie Bynoe-Gittens, scored Dortmund’s third.

La Liga giants Barcelona and Real Madrid both picked up three points to remain in possession of the top two places in Spain.

League leaders Barca edged out Getafe 1-0 at the Nou Camp, with Pedri grabbing the decisive goal in the 35th minute. It was far from a regulation win for the hosts, with Marc-Andre ter Stegen called on to make some important saves, but it was enough to keep Xavi’s side unbeaten at home.

Second-placed Real looked to be on course for a similarly narrow success at Athletic Bilbao, with Karim Benzema on target in the 24th minute, but Toni Kroos popped up in the closing seconds to add the sheen to a 2-0 scoreline.

Villarreal scored the second of two injury-time penalties to see off 10-man Girona 1-0. Gerard Moreno missed the first spot-kick in an extended period of added play, but Dani Parejo hit the target when he took an even later effort.

In Italy, Juventus drew a six-goal thriller against Atalanta in their first match since being hit with a 15-point deduction for transfer financial irregularities.

Juve have been dumped into Serie A’s mid-table as a result of the sanction and began the long process of reclaiming lost ground with a point and a 3-3 scoreline. Former Everton forward Ademola Lookman scored twice for Atalanta, while Angel Di Maria, Arkadiusz Milik and Danilo were on target for the Bianconeri.

Roma kept in touch with the top three as they notched a 2-0 away win over Spezia. Stephan El Shaarawy scored on the stroke of half-time and England striker Tammy Abraham made it safe early in the second half.

Sampdoria remain in deep trouble at the wrong end of the table following a 1-0 defeat by Udinese, and now have just nine points from 19 games.