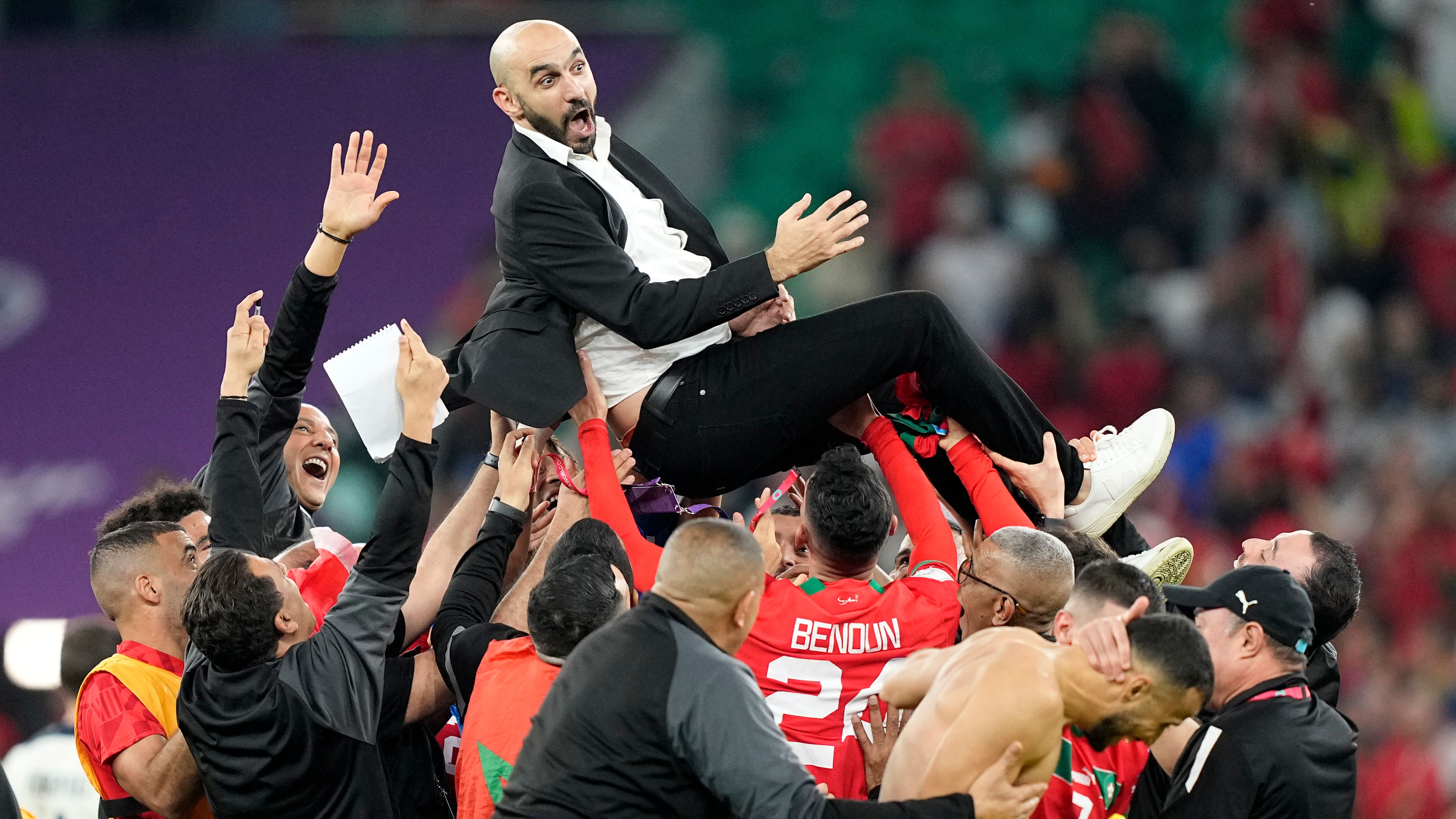 Coach Walid Regragui hailed Morocco as the “Rocky of this World Cup” after they made history by becoming the first African team to reach the semi-finals.

The Atlas Lions followed up their victories over Belgium and Spain by defeating Portugal 1-0 in the quarter-finals thanks to a goal from Youssef En-Nesyri.

Roared on by their passionate supporters in Al Thumama Stadium, Morocco defied their status as the underdogs of the last eight with another energetic, committed performance.

Regragui, who only took over at the end of August, compared his team to fictional boxing hero Rocky Balboa, saying: “I think we are becoming the team that everyone loves in this World Cup because we are showing the world that you can achieve even if you don’t have as much talent, as much quality, as much money.

“If you work hard enough and you show that desire, that passion and belief then you can succeed. It’s no miracle. We’ve beaten Belgium, Spain, Portugal without letting in a goal. That’s not a miracle. That’s the result of hard work.

“When you watch Rocky you want to support Rocky Balboa because of his heart and commitment and I think we’re the Rocky of this World Cup.”

Morocco will take on either France or England in the semi-finals, and Regragui sees no reason why they cannot go all the way.

“Of course it’s great to come to the World Cup to play but before the first round everyone thought that we’re going to get knocked out,” he said.

“But what I was telling the players was that we have elite players. We have a team that can win matches at the World Cup. I said you need to be confident and go out there and have no regrets, and they believed me.

“What’s important for future generations is we’ve shown it is possible for an African team to get to the semi-finals of the World Cup, and why not even the final? In one press conference I was asked if we could win the World Cup and three or four matches ago I said, ‘Well why not?’ Why shouldn’t we dream?”