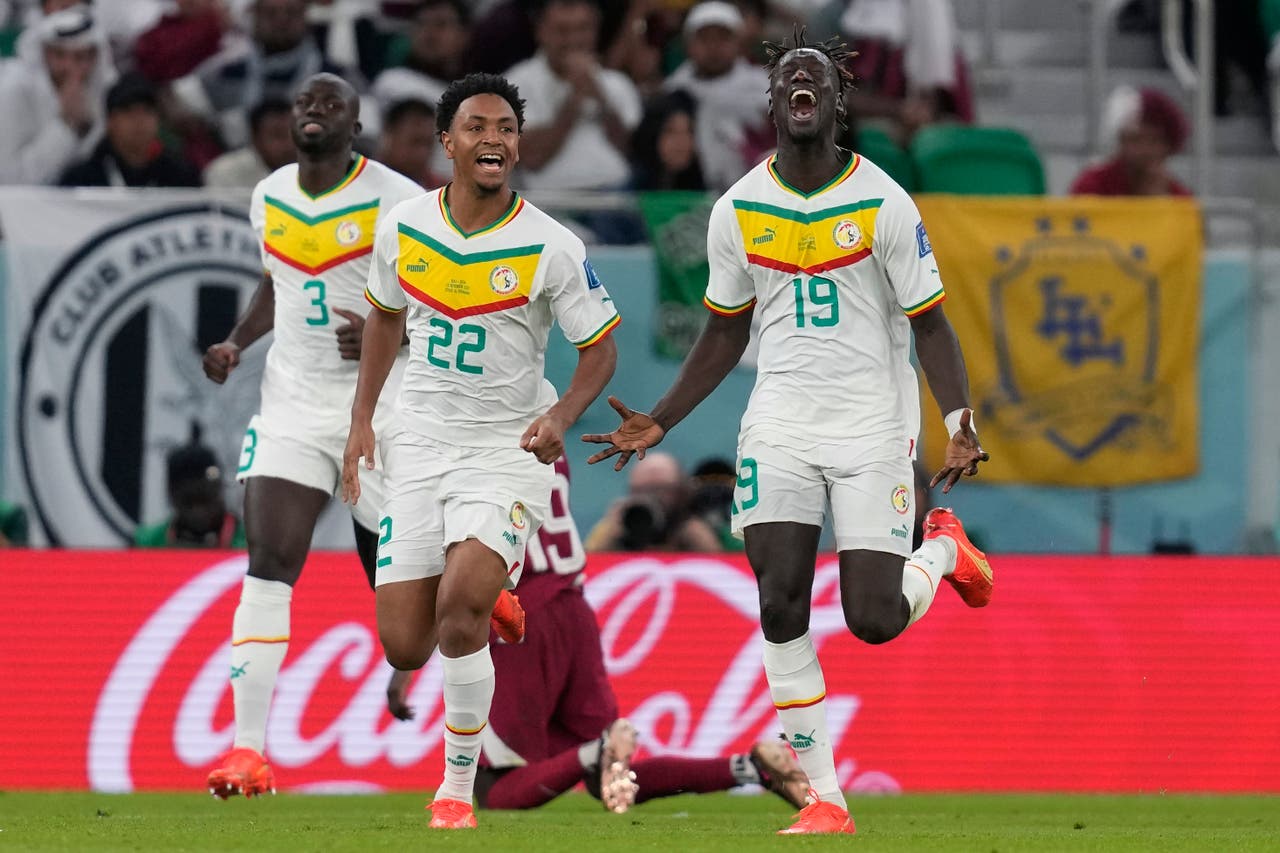 By Blair MalloyNovember 29, 2022No Comments

Captain Kalidou Koulibaly scored his first international goal, as Senegal edged out a narrow 2-1 win over Ecuador to join the Netherlands in the last 16.

The West African side reached the last 16 for the first time since 2002, after a pulsating shootout against the South American’s which saw them lose a goal lead, before Chelsea defender Koulibaly volleyed in what would prove to be the winner.

The final round of group A matches kicked off with The Netherlands, Ecuador and Senegal all in the hunt to qualify for the last 16.

Hosts Qatar meanwhile, were looking to cause an upset against the Dutch and create their own, albeit futile, moment of World Cup history.

The AFCON champions exchanged blows with the surprise package from South America in the opening exchanges, with both teams aware that World Cup progress was at their fingertips.

Meanwhile in the Al Bayt stadium, just as Qatar were finding their feet against Louis Van Gaal’s men, Cody Gakpo struck his third goal in as many games to put his side in pole position in group A.

🇳🇱 players that have scored in three consecutive #FIFAWorldCup games:

With the Dutch looking set to top the group, the match at the Khalifa International Stadium effectively became a play off and four minutes before the end of the half, Senegal were awarded a crucial penalty.

Ismailia Sarr went down under the rash challenge of Piero Hincapie in the area, giving Rigobert Song’s outfit the chance to get a goal their pressure deserved.

A nation's hopes were resting on his shoulders.

Sarr was the coolest man in Doha 🧊 pic.twitter.com/xNltCF5WAH

The Watford forward got to his feet and stroked his effort into Hernan Galindez’s left hand corner, as his side leap frogged their opponents in the standings and joined The Netherlands in reserving their place in the next round at the break.

Three minutes into the second half and Frenkie De Jong got on the scoresheet as the Dutch were cruising towards the knockout stages.

Barcelona midfielder De Jong was quickest to react to a save from Barsham and stabbed the loose ball home, to all but secure the Group A victory.

As the hosts final match petered out, Ecuador knew that they were only a goal away from turning the tables.

Gustavo Alfaro’s men found a vital equaliser on 67 minutes, to jump start their last 16 hopes. Brighton’s Moises Caicedo was left unmarked at the back post from a corner and calmly tuned the ball in, to swing the group back in the South American side’s favour.

Almost instantly though, Senegal were back on top through a set piece of their own.

What a time for your first international goal 🇸🇳#FIFAWorldCup | #Qatar2022 pic.twitter.com/HC5sc38CWZ

A loose ball fell to Captain Kalidou Koulibaly in the box from a free kick, before the defender channelled his inner centre forward and hooked a volley into the far corner. Advantage Senegal.

Ecuador pressed and probed deep into injury time, knowing that they would be through if they could somehow claw out another equalizer.

Song’s held on however, to break Ecuadorian hearts and join the Netherlands in advancing, as Group A wrapped up.