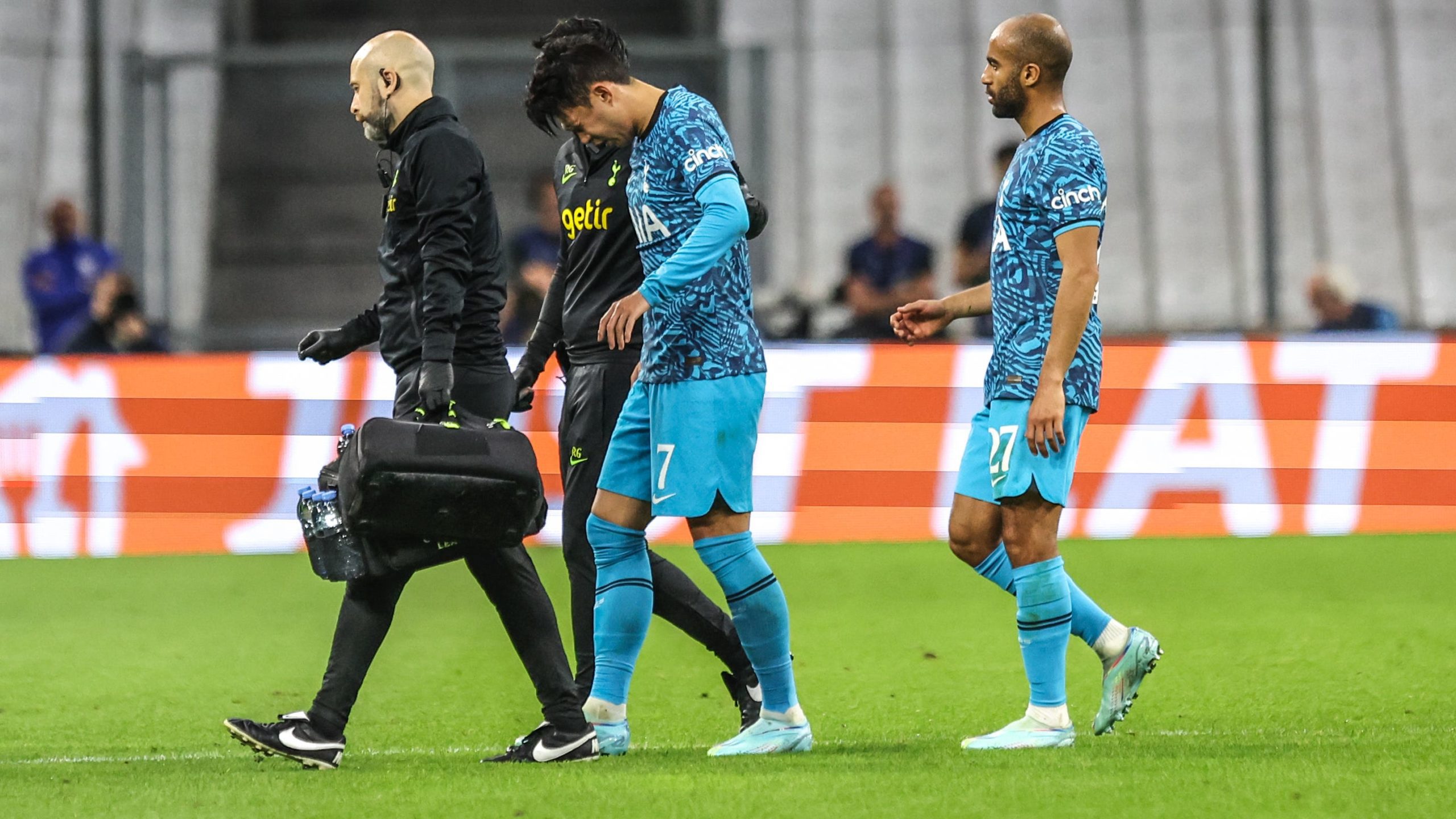 By Press AssociationNovember 2, 2022No Comments

Son Heung-min’s World Cup dream could be in tatters as he needs surgery to repair a fracture around his left eye.

The South Korean suffered the injury during Tottenham’s 2-1 Champions League win over Marseille on Wednesday and will undergo surgery to stabilise the break near his left eye.

Spurs did not put a timeframe on his return, but with South Korea’s first World Cup game against Uruguay 22 days away, the 30-year-old’s participation in Qatar is now in severe doubt.

A Spurs statement read: “We can confirm that Son Heung-min will undergo surgery to stabilise a fracture around his left eye.

“The South Korea international suffered the injury during the first half of Tuesday’s UEFA Champions League victory at Olympique Marseille.

“Following surgery, Son will commence rehabilitation with our medical staff and we shall update supporters further in due course.”

Son suffered the injury when he collided with Chancel Mbemba in the 40th minute of the Group D decider and after lengthy treatment on the field, he left the pitch looking very wobbly, sparking concussion fears.

Pictures emerging from the dressing room after Spurs’ last-gasp win showed Son smiling but with heavy swelling on the left eye and he underwent a series of tests on Wednesday.

They confirmed the bad news and Son now faces a battle to be fit for the Qatar tournament.

He is almost certain to miss Spurs’ three games before the break – Premier League clashes with Liverpool and Leeds and the Carabao Cup trip to Nottingham Forest.

The news will be met with despair in South Korea as Son is their captain and a national hero and his race to make Qatar will no doubt spark a media frenzy.

South Korea begin their campaign against Uruguay on November 24, followed by games with Ghana four days later and Portugal on December 2.

Countries must name their final squad by November 13.