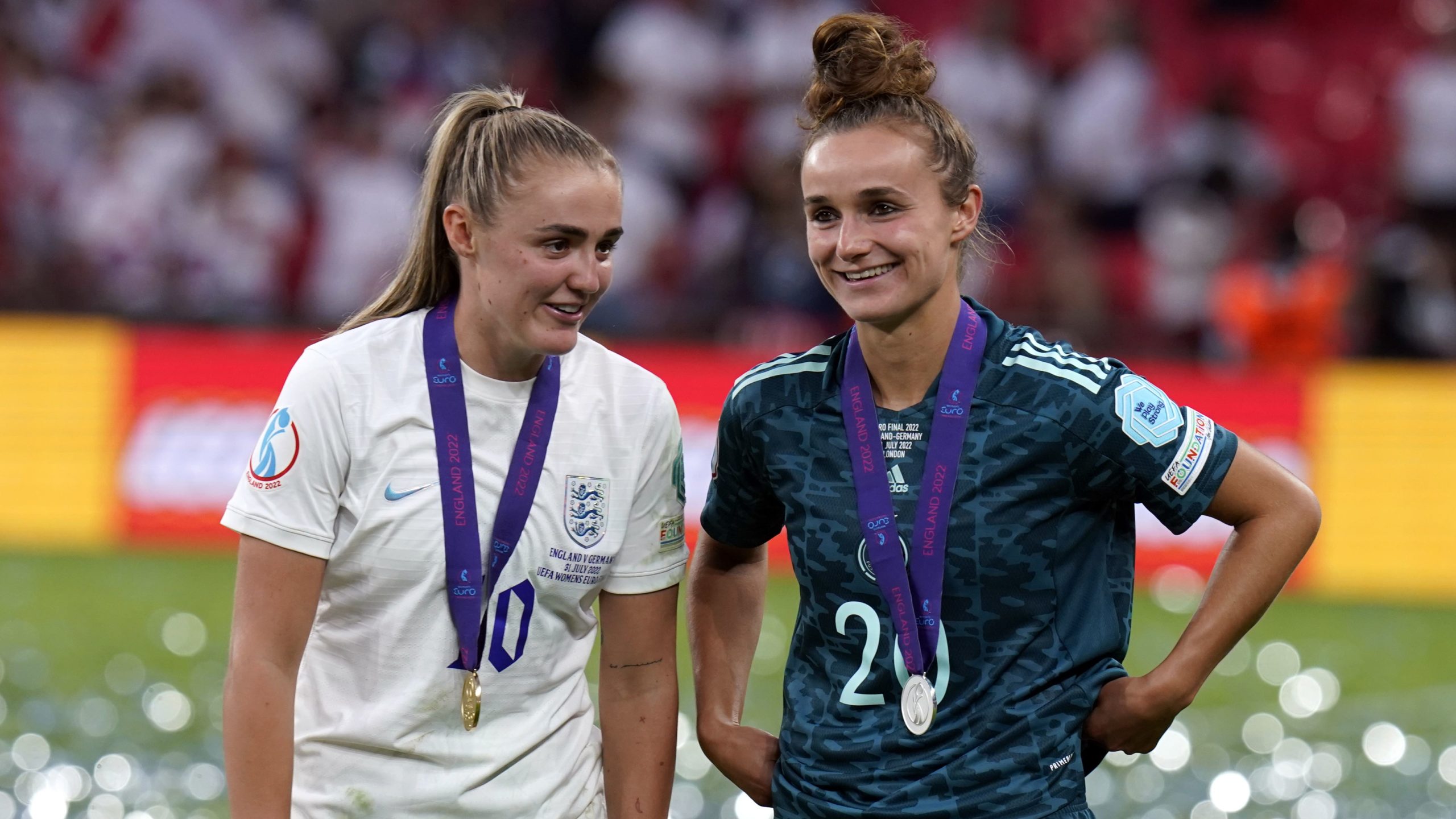 England’s Georgia Stanway reminded some of her new Bayern Munich team-mates of their summer heartache as she went through her initiation at the German club.

The 23-year-old, who signed a three-year deal with Bayern before the finals to signal her departure from Manchester City, chose a poignant song with which to mark her arrival in front of the rest of the squad when she sang Neil Diamond’s Sweet Caroline, which provided the soundtrack to the Lionesses’ triumph.

Two of Stanway’s new colleagues, Lina Magull and Lea Schuller, started last month’s final at Wembley, in which England beat Germany 2-1 after extra-time, while Sydney Lohmann and Linda Dallmann came off the bench.

The club posted footage of the traditional initiation ceremony on their social media accounts accompanied by the message, “New #FCBayern players have to sing, so @StanwayGeorgia picked Sweet Caroline… that’s brave.”

Stanway’s efforts appeared to be taken in good spirit as her smiling team-mates joined in.

The attacker started every game of England’s campaign and scored the decisive goal in the quarter-final victory over Spain.

She and her fellow Lionesses sang Sweet Caroline with fans in the stadium after each win.