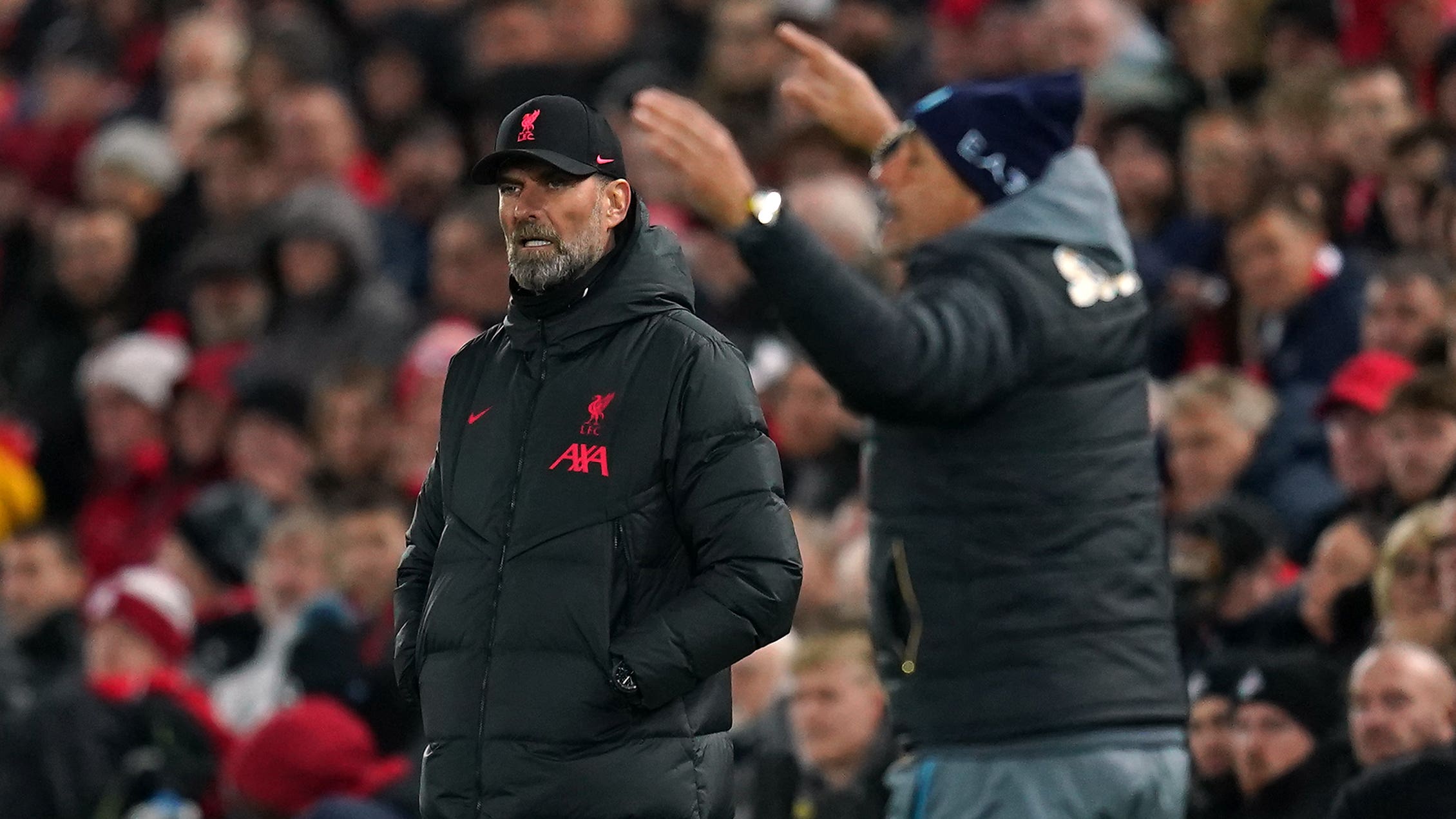 By Press AssociationNovember 1, 2022No Comments

Jurgen Klopp has never doubted Liverpool’s quality and was pleased by the way his side bounced back from their latest setback by overcoming in-form Napoli in the Champions League.

Having gone closer than any side in English football history to winning an unprecedented quadruple, things have gone awry since just falling short in the Premier League and Champions League at the end of last season.

Klopp’s Jekyll-and-Hyde side lost 2-1 at home to embattled Leeds on Saturday evening, leading him to reject talk that this Liverpool squad had reached the end of its useful lifespan.

The German’s team responded to that loss with a 2-0 win against Napoli on Tuesday, with late goals from Mohamed Salah and substitute Darwin Nunez sealing a 2-0 triumph as they qualified from Group A as runners-up.

“The reaction I wanted to see,” Klopp said after the Anfield victory. “We all agreed that we have to show a reaction and we did in a very difficult game against a really good opponent.

“We don’t doubt the quality. I don’t think anybody doubts that quality but that’s part of the problem. We don’t show it with consistency.

“That’s why I mention the second goal against Leeds as an example for our situation. We are chasing the game even when it’s around our 18-yard box. You can see nobody wants to have a throw-in for Leeds, then they can let time run down, and no-one protects the box, pretty much, because everyone thinks we have three players out there and we will win the ball.

“That’s a little bit of the situation we are in. That’s where we have to make a proper step back and tonight we did that.

“We are Liverpool, a top team. Nobody forgot what we did last year, the boys didn’t forget that but it’s now not important, really.

“I know people might get sick of it when I say it but we really have to fight through and at the moment the football has a good chance to come back, the real football we can play.

“But we showed tonight everything. We showed pieces of really, really, really good football and the defensive stuff was on a high level.

“Napoli is in the moment a real force and so it could have been extremely difficult for us tonight but the boys played a really good game.

“Again, consistency, stability is what we need to get.

“We will take the good stuff out of this game and then start the next fight against Tottenham.”

The Egypt international directed home after Nunez’s initial effort was saved, before the substitute scored for a third straight European game with the last kick in stoppage time.

“In these games, for us, it was obviously not a game for massive rotation because of the situation, but a little bit we had to and that’s why we didn’t start all three (regular forwards) because we have to see how we get through a goal.

“Curtis (Jones) did really well in an unfamiliar position for him.

“When you can bring on a fresh player with the quality of Darwin, it’s very helpful.”

The only potential negative on Tuesday evening was James Milner went off injured for the already depleted Reds early in the second half.

Asked about the severity of the issue, Klopp said: “Don’t know. He seemed to be fine now but we have to probably do further checks.”