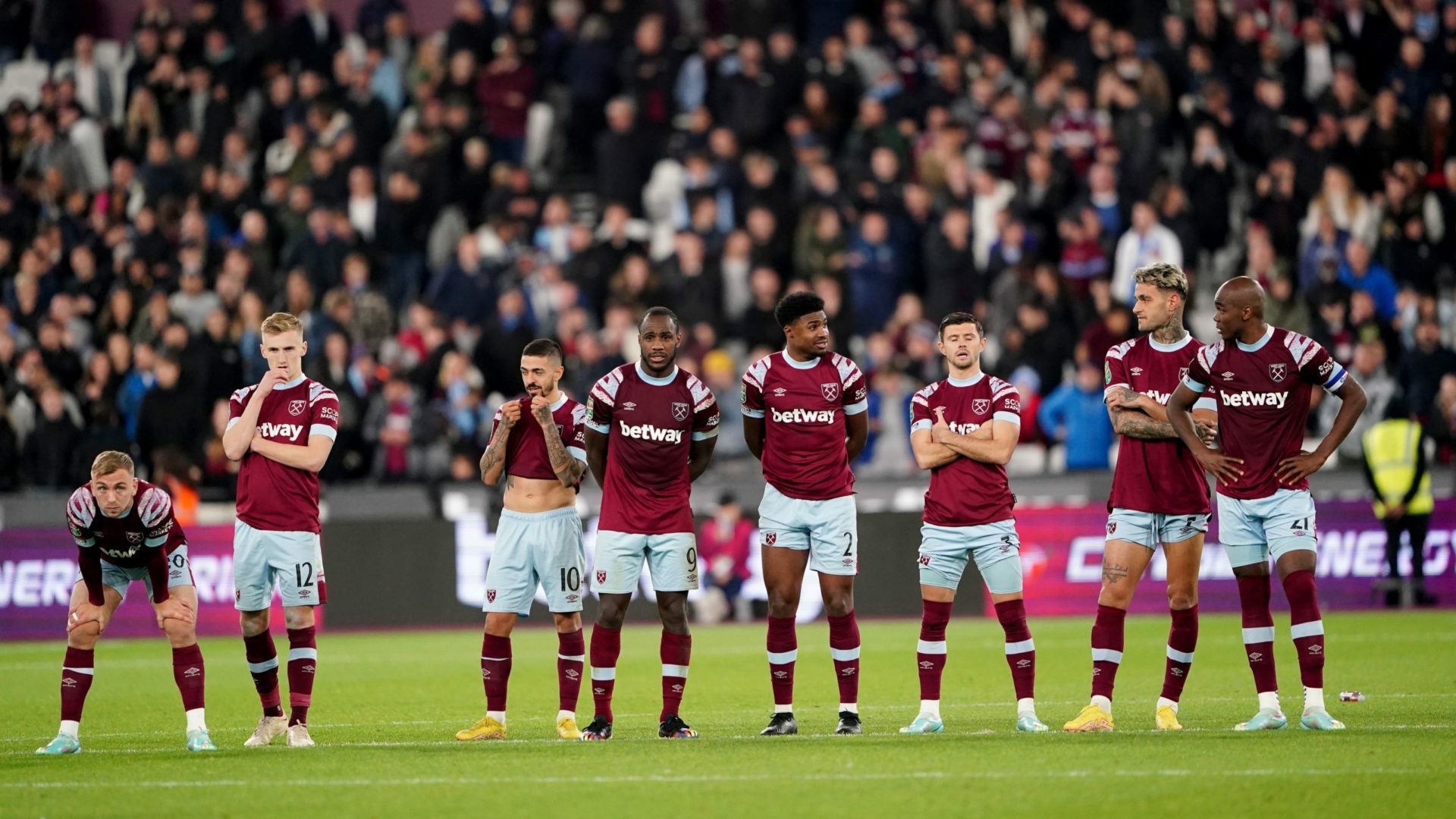 West Ham’s players “let themselves and the fans down” as they crashed out of the Carabao Cup on penalties to a youthful Blackburn side.

Angelo Ogbonna missed the crucial penalty as Rovers won 10-9 on spot-kicks in a marathon shoot-out.

After 19 successful penalties Ogbonna’s effort crashed off the underside of the crossbar to send Championship Rovers through to round four following a 2-2 draw at the London Stadium.

David Moyes’ first-team coach Mark Warburton said: “The manager is frustrated because he knows we’re at home and the fans will leave disappointed.

“He feels that more than anyone. We had a decent team out tonight. We should have finished the game off earlier.

“The players are disappointed as well. They have let themselves and the fans down.”

It was a deserved win for a callow Rovers side with an average age of just 22 and a half as boss Jon Dahl Tomasson made 11 changes with more than one eye on Sunday’s Championship derby against promotion rivals Burnley.

Moyes had also changed his whole side, but the hosts were still full of internationals.

But substitute Ben Brereton Diaz, Rovers’ top scorer, struck two minutes from time to send the match to a shoot-out and Italian defender Ogbonna was the fall guy.

“We are frustrated because we started so poorly and we conceded an early goal,” Warburton added.

“In the second half we should have won but we didn’t capitalise on our chances and it ended up with the lottery of penalties. It was one of those shoot-outs – and unfortunately tonight it didn’t go our way.”

Tomasson, the former Newcastle and Denmark striker, was proud of his players.

“It’s credit to these guys to come to a great stadium and perform like this against a Premier League side who’ve won six games in Europe and finished seventh last year,” he said.

“We made a lot of changes. It’s all about the team so it’s very big for competition. Jack got his first goal and Ben’s, what a beauty.

“I lost penalty shoot-outs when I was playing – but it’s a good experience for the young players, in a big stadium with that pressure. The fans can go back with a smile on their faces.”