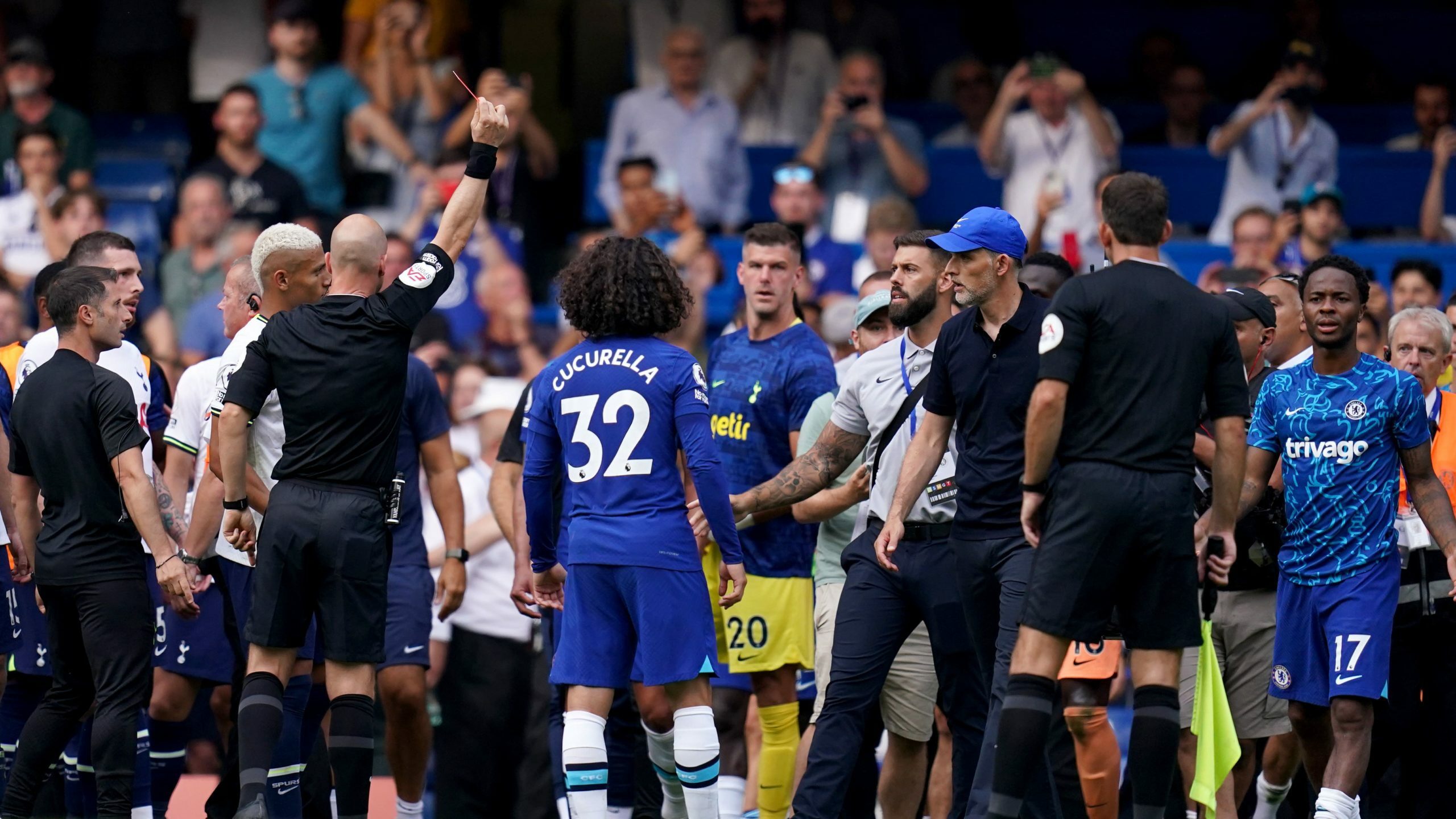 Thomas Tuchel has questioned how Antonio Conte escaped a touchline ban after the two coaches’ red cards in Chelsea’s 2-2 draw with Tottenham.

Chelsea boss Tuchel expects his appeal against a one-match touchline ban to fail, forcing him out of the dugout for Saturday’s Premier League clash with Leicester.

Tuchel was hit with a £35,000 fine and a suspended one-match touchline ban for his dugout spats with Conte in the Blues’ 2-2 draw with Tottenham.

An independent disciplinary panel suspended the touchline ban pending a possible Chelsea appeal, allowing Tuchel to be in the dugout in Sunday’s 3-0 defeat at Leeds.

Tuchel challenged that decision after receiving the written reasons for the punishment, but the German coach does not hold out hope for the call being overturned.

Conte was only fined £15,000 in comparison to Tuchel’s punishment, leaving the Blues boss quizzical over the disparity.

Disciplinary chiefs branded Tuchel’s full-time extended handshake with Conte as “highly provocative”, but the Chelsea boss had other views.

“I think there are two sides to it, the one side is that I got a red card and I behaved in a way that is not appropriate and I regret,” said Tuchel.

“But it was out of passion and I don’t think it was aggressive. But I can accept if I get a red card that there is a touchline ban.

“What is hard to accept is the context, that I don’t think I started the aggression, and that it started earlier. And we both got a red card.

“And for a firm handshake at the end of the match one coach is banned, this is very hard to accept, but I have to accept it.

“In future, you will just a hear a no comment from me on referees. No matter how big it is this is obviously what they want.”

Tuchel continues to wait for the outcome from another FA disciplinary charge, of bringing the game into disrepute for his comments on referee Anthony Taylor.

Tuchel said “maybe it would be better” if Taylor did not referee Chelsea again after the Tottenham draw, lamenting a number of decisions that went against the Blues.

Harry Kane headed home from the resulting corner to steal Tottenham a controversial 2-2 draw at Stamford Bridge, sparking ugly touchline scenes that led to both Conte and Tuchel being sent off.

Asked if he had appealed against his touchline ban, Tuchel replied: “Yeah, we answered and we wait for the final answer. But I don’t think that it will change anything.

“So in the moment I think I will be banned from the touchline, and that’s it.

“And we are trying to have a solution for this scenario that we have. The team will be well-prepared and it won’t be an excuse.

“I don’t think I will be on the bench so it’s not 100 per cent sure; we’re waiting for the last response.

“I think I cannot be on the sidelines as it seems, but I can be in the dressing room.”