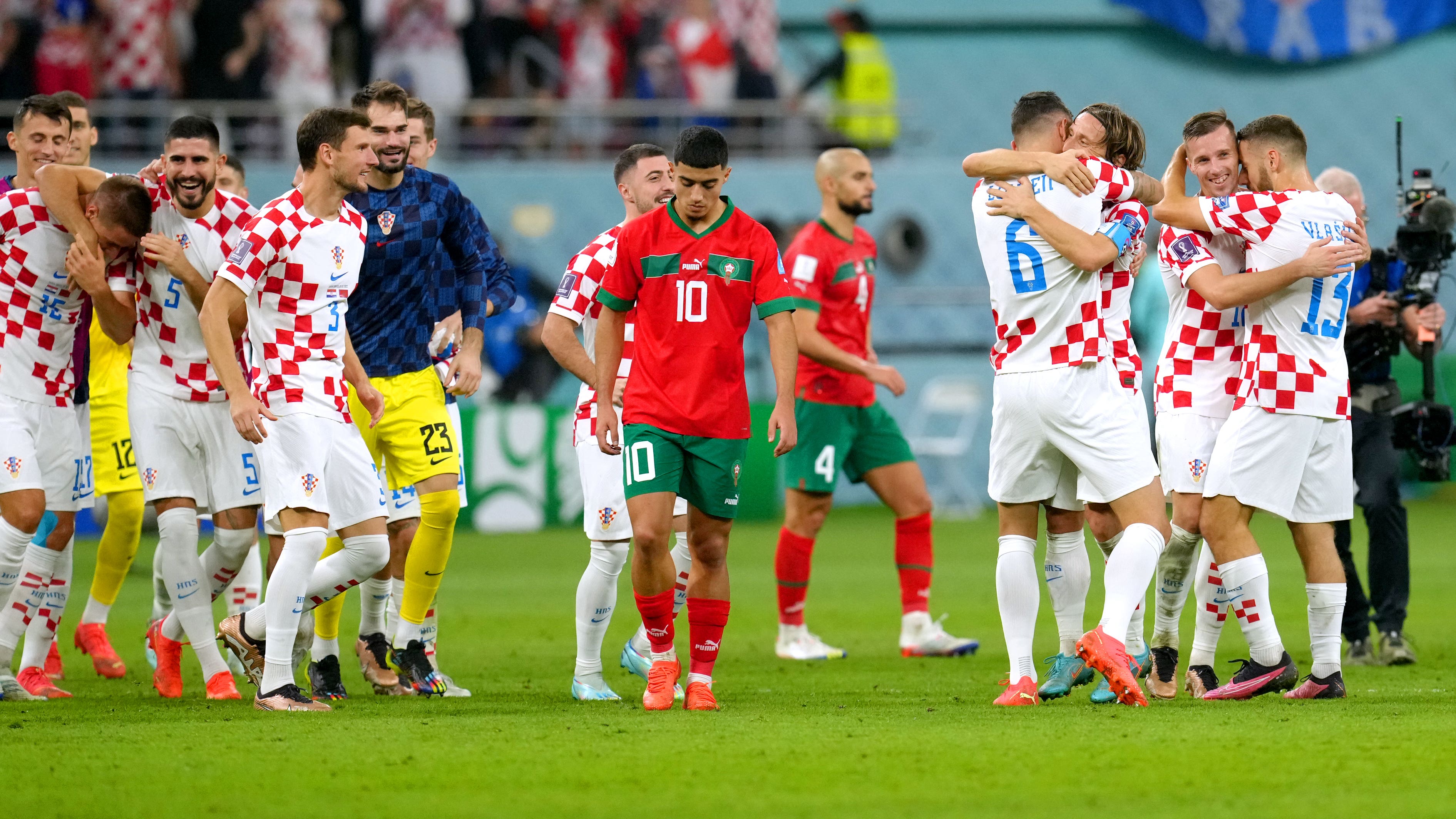 Today at the World Cup: Croatia edge out Morocco to clinch third place

Croatia finished the World Cup as bronze medallists after beating Morocco 2-1 in Saturday’s third-place play-off, while preparations continued for Argentina and France ahead of their showdown in Sunday’s final.

Here, the PA news agency looks at how things unfolded on the penultimate day of the tournament in Qatar.

Orsic struck what would prove to be the winner in the 42nd minute after Josko Gvardiol’s seventh-minute header for Dalic’s side had been cancelled out two minutes later by Achraf Dari.

Croatia skipper Luka Modric after the game vowed to continue his international career, the 37-year-old saying that while he did not know whether he would play on until Euro 2024, he wanted to do so at least until next summers Nations League finals.

With his team having made history with their campaign, becoming the first African nation to reach a World Cup semi-final, Morocco boss Walid Regragui said: “We are now one of the top four teams in the world.

“If you told me we were going to finish that far and that Morocco would be number four in the world I would have accepted that straight away, there is nothing I would change.

“Tomorrow morning we will take stock and realise we have made a fantastic achievement here. Of course we are disappointed but when we wake up tomorrow we will realise what we have achieved, it was one step too far for us to win third place.”

Lionel Messi is set to break the record for most World Cup appearances in Sunday’s final that could see the 35-year-old Argentina captain crown his glittering career with the ultimate prize.

And Messi, who can move past Germany’s Lothar Matthaus to 26 appearances, has been hailed as the “greatest player of all time” by his team-mate Emiliano Martinez as Lionel Scaloni’s men finalise their preparations.

The goalkeeper told a press conference: “People can say that the favourites are France, but we have the great advantage to have the greatest player of all time.

“We always like to hear that the opponent is the favourite because we don’t feel either superior or inferior to anyone. But, as I always say, we have the greatest player of all time. And with a good defence, we have many chances to reach our goal.”

Lloris expects France to be ready

Martinez’s counterpart, France captain Hugo Lloris, believes the “adrenaline and excitement” of Sunday’s contest at Lusail Stadium will ensure all his team-mates are fit to play, despite illness affecting several members of the squad.

Defenders Raphael Varane and Ibrahima Konate did not train on Friday with the pair reportedly the latest to be struck down after Adrien Rabiot, Dayot Upamecano and Kingsley Coman felt unwell when Didier Deschamps’ defending champions beat Morocco 2-0 in the semi-finals.

Lloris said: “We are going to try and do our best in spite of the circumstances. I think thanks to the adrenaline and the excitement we will feel we will all be fit enough and ready to do whatever we can to win this last battle.”

According to reports, England boss Gareth Southgate has decided to stay on in the job.

The 52-year-old has been mulling over his future since his team’s quarter-final loss to France a week ago.

And, according to The Times and Daily Telegraph, Southgate is now ready to tell the Football Association that he will continue in the role he has held since 2016, a stint that has also included overseeing England reach the semi-finals of the 2018 World Cup and finish as runners-up at the Euros three years later.