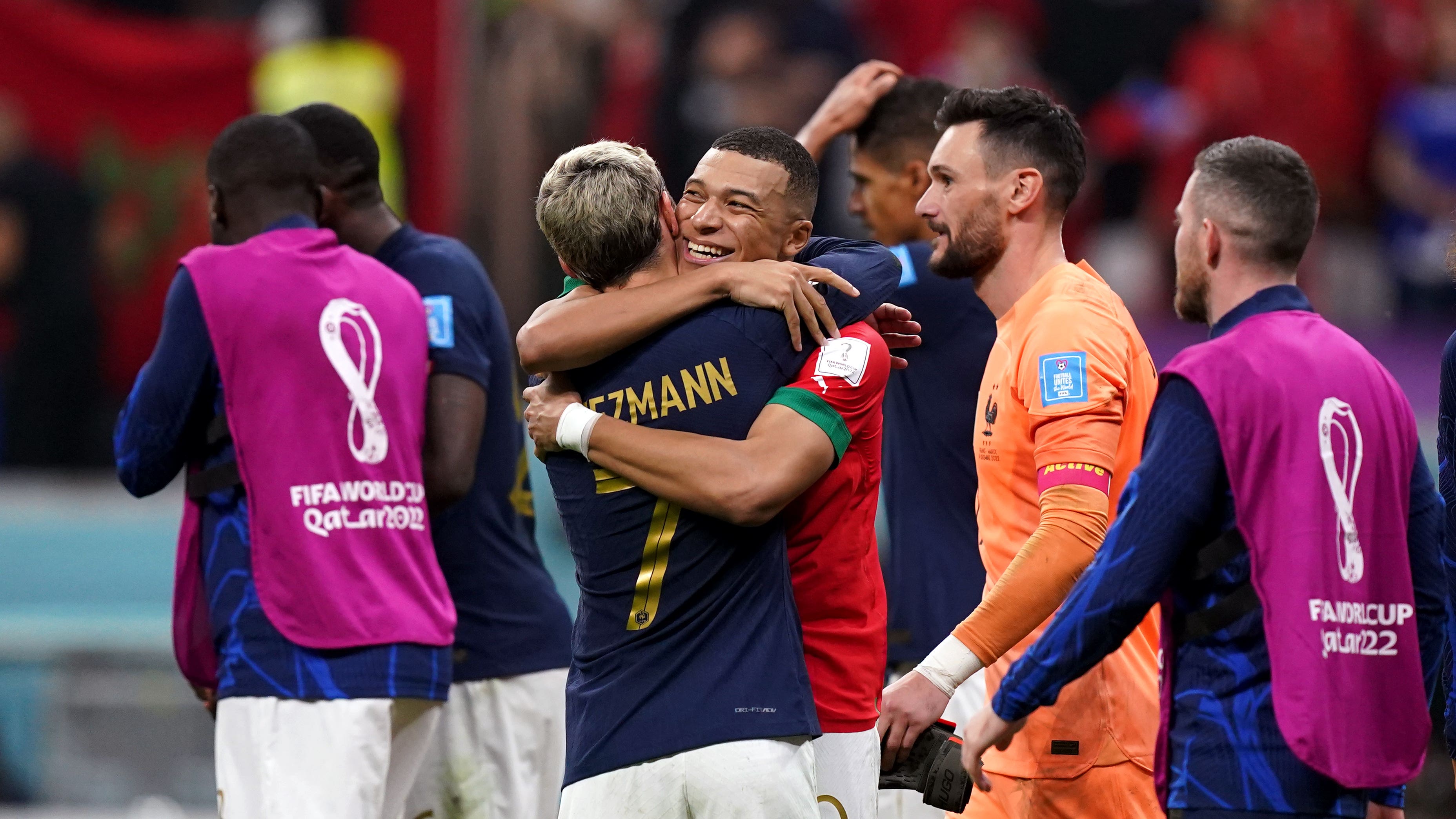 Today at the World Cup: France prepare to face Argentina in final showdown

The World Cup final will be a mouthwatering encounter between holders France and two-time winners Argentina.

Here, the PA news agency looks back at the second semi-final and forward to Sunday’s showpiece.

France survived a major scare before eventually seeing off a marvellous Morocco side to seal their place in the final.

Les Bleus – who could become the first nation since the revered Brazil side of 1962 to retain the trophy – were pushed all the way before securing a hard-fought 2-0 win to book a meeting with Lionel Messi and company at Lusail Stadium on Sunday night.

Theo Hernandez struck early on but Morocco, the first African semi-finalists in history, more than matched their illustrious opponents.

Only a mixture of the post and Hugo Lloris’ outstretched glove prevented Jawad El Yamiq from levelling with a glorious overhead kick, one of a host of chances for the underdogs as the tie remained in the balance.

Only substitute Randal Kolo Muani’s first goal for France, after a mazy run from Kylian Mbappe, settled matters in the closing stages.

The build-up will undoubtedly centre around the two superstars of the game.

Messi, at the age of 35, is looking to win his first World Cup at what – in all probability – will be his last tournament.

His Paris St Germain team-mate Mbappe, 12 years his junior, will join an elite group of players to have successfully defended the title should France repeat their feat of Russia 2018.

To add to the subplot, Messi and Mbappe jointly lead the race for the Golden Boot with five goals apiece.

Messi has failed to score in only one of his six starts, although three goals have come from the penalty spot.

Mbappe has drawn a blank three times; once as a 63rd-minute substitute in the defeat to Tunisia and also others against England, in the quarter-final and the semi-final against Morocco.

Messi is set to make a record 26th appearance at the finals.

Tuesday’s semi-final at the Lusail Stadium was his 25th, which matched the record held by former Germany midfielder Lothar Matthaus.

French president Emmanuel Macron was at the Al Bayt Stadium to cheer on Les Bleus.

Afterwards, he tweeted: “Thank you Blues. Now the Cup!

“To our Moroccan friends. Congratulations on this beautiful journey. You are making football history.”

Morocco, roared on by their noisy fanbase who have been one of the delights of the tournament, still have third place to play for.

They will take on Croatia in the third/fourth place play-off at the Khalifa International Stadium on Saturday.

Croatia will compete in the bronze medal match for the second time. In 1998, at their first World Cup, Croatia beat the Netherlands 2-1.