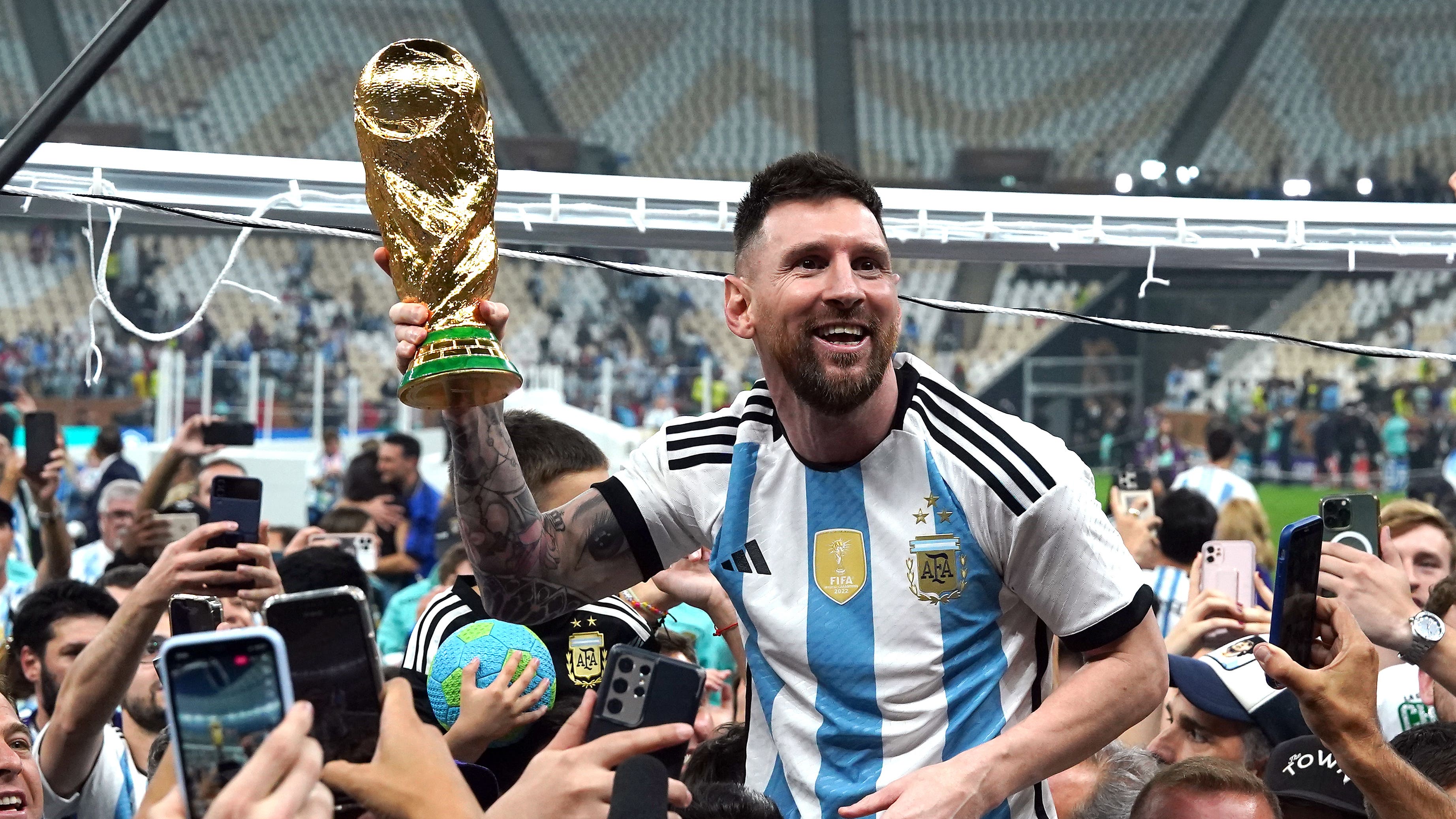 Lionel Messi cemented his place in the football pantheon as he led Argentina to a dramatic World Cup final victory over France.

Messi scored twice either of Angel Di Maria’s strike and converted from the spot in a 4-2 penalty shoot-out win at the Lusail Stadium to ensure Kylian Mbappe’s hat-trick counted for little.

Here, the PA news agency takes a look at how a memorable final day in Qatar unfolded.

Messi has not kicked his last ball at the World Cup finals if it has anything to do with Argentina head coach Lionel Scaloni.

Speaking after seeing the 35-year-old, who had inidicated in the build-up to the game that it would be his last on the biggest stage of all, score twice in a match he described as “completely insane”, Scaloni refused to rule out a title defence for his talisman in four years’ time.

“First of all, we need to save him a spot for the next World Cup 2026,” the Argentina head coach said of Messi, who will turn 39 during the finals in the United States, Canada and Mexico.

France boss Didier Deschamps was left to reflect upon what might have been after seeing his side slip two goals behind before mounting a concerted fightback to draw 3-3 after 120 minutes.

He said: “Those first 70 minutes or so we were playing a very aggressive and dynamic opponent and we just weren’t up to the same level for a number of reasons.

“But nevertheless, we managed to come back from the dead and we made a magnificent comeback from what was a very difficult situation.

“I really must congratulate Argentina because they showed great quality, great aggression, experience and some very cunning football out there.”

It may prove scant consolation for Mbappe, but he left Qatar with something other than a runners-up medal to show for his efforts when he pipped Messi to the Golden Boot.

The penalty which completed his treble – only the second in the final after Sir Geoff Hurst’s in 1966 – took him to eight goals for the tournament, one more than the Argentina skipper.

At just 23, the Frenchman has time on his hands as he attempts to establish himself as the world’s next great player with Messi and Cristiano Ronaldo surely soon to exit the stage they have dominated for so long.

England boss Gareth Southgate watched the final having committed his future to his country once again.

The 52-year-old had admitted in the wake of his side’s quarter-final exit that he needed time to reflect on a challenging last 18 months in the role but ultimately decided he wanted to remain in charge of the Euro 2024 campaign, which is covered by his existing contract.

Announcing Southgate’s decision, Football Association chief executive Mark Bullingham said: “We are delighted to confirm that Gareth Southgate is continuing as England manager and will lead our Euro 2024 campaign.

“Gareth and (assistant) Steve Holland have always had our full support and our planning for the Euros starts now.”