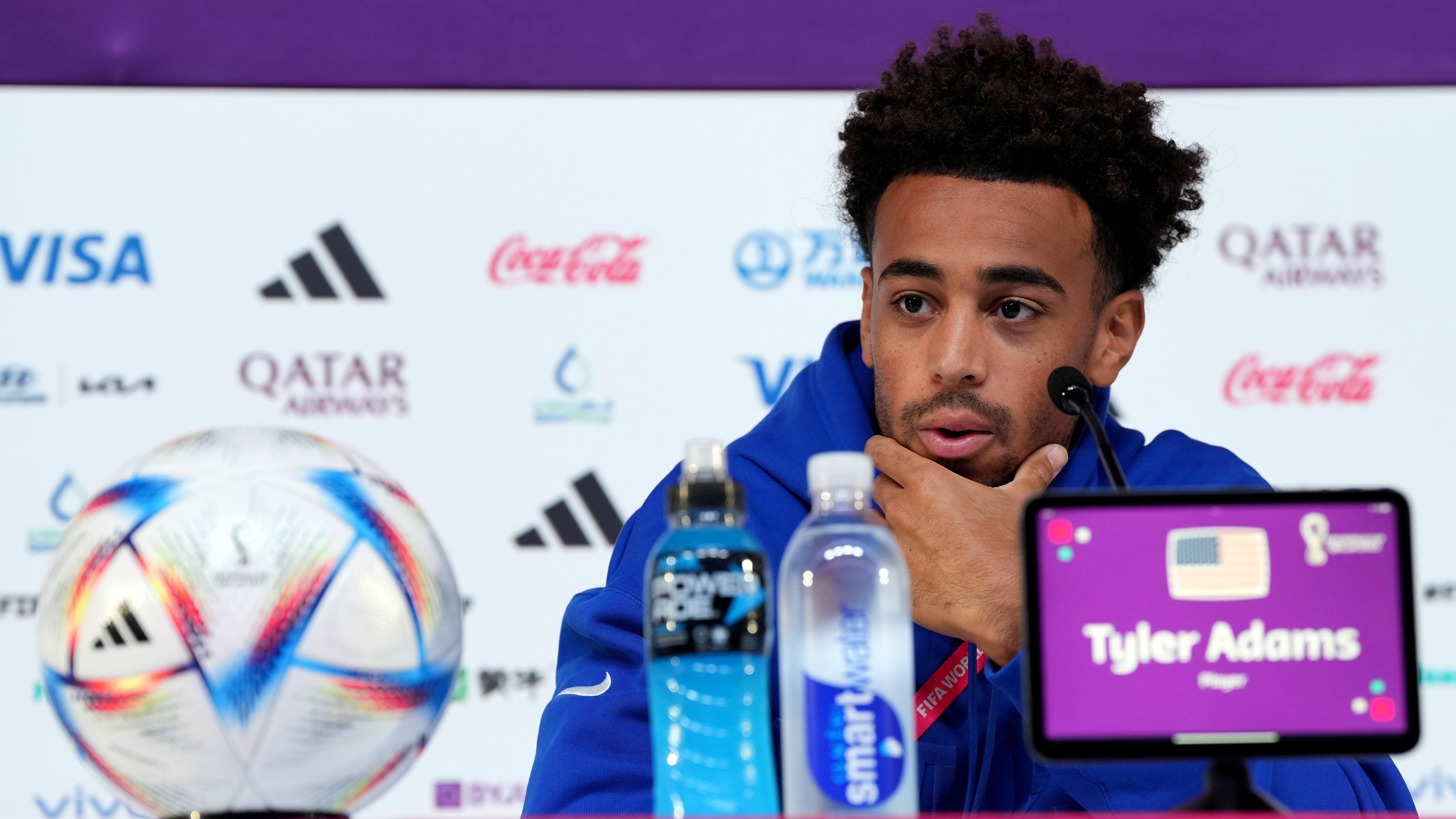 Leeds midfielder Tyler Adams has described Wales striker Kieffer Moore as a “problem” for the United States in their World Cup opener.

Adams came up against 6ft 5in Moore earlier this month when Leeds beat Bournemouth 4-3 in the Premier League at Elland Road.

The pair will cross swords again on Monday when Wales and the USA get their World Cup campaigns under way in Qatar.

“He’s a big threat, we figured that out playing against Bournemouth,” said Adams, who will captain the Americans at the World Cup.

“He provides a completely different game plan to any team that you put him into.

“He’s amazing in the air, but he’s probably very underrated for his technical ability and finishing around the goal.

“For our centre-backs I’ve already had a word with them. We talked about it in our scouting meeting, you’ve got to have a body on him at all times. He’s a problem.

“Being physical and trying to win the ball off him, it’ll be a tough one, but we have to stop him.”

Adams, at 23, is the youngest captain at the World Cup and only Ghana have a younger squad than the Americans.

Head coach Gregg Berhalter said: “Although we have a young team, it’s a fantastic group of guys and the maturity has grown.

“I see a tremendous amount of focus within the team and I think it’s going to help us go for success.

“We want to be able to hurt them and be an aggressive team, but we also know they have strengths and threats and we want to take them away.”

England will be the United States’ second Group B opponents on Friday and Berhalter believes Gareth Southgate’s side could win the tournament.

He said: “I consider England one of the favourites for the World Cup with the squad and depth they have.

“With the international experience of the last two tournaments, coming in second place and fourth place, they have a really talented squad.

“But anything can happen on a football pitch and, for us, it’s about being confident and brave and competing for 90 minutes.

“We know the first game is important and we’re focused on that. On Tuesday we’ll start focusing on England.”