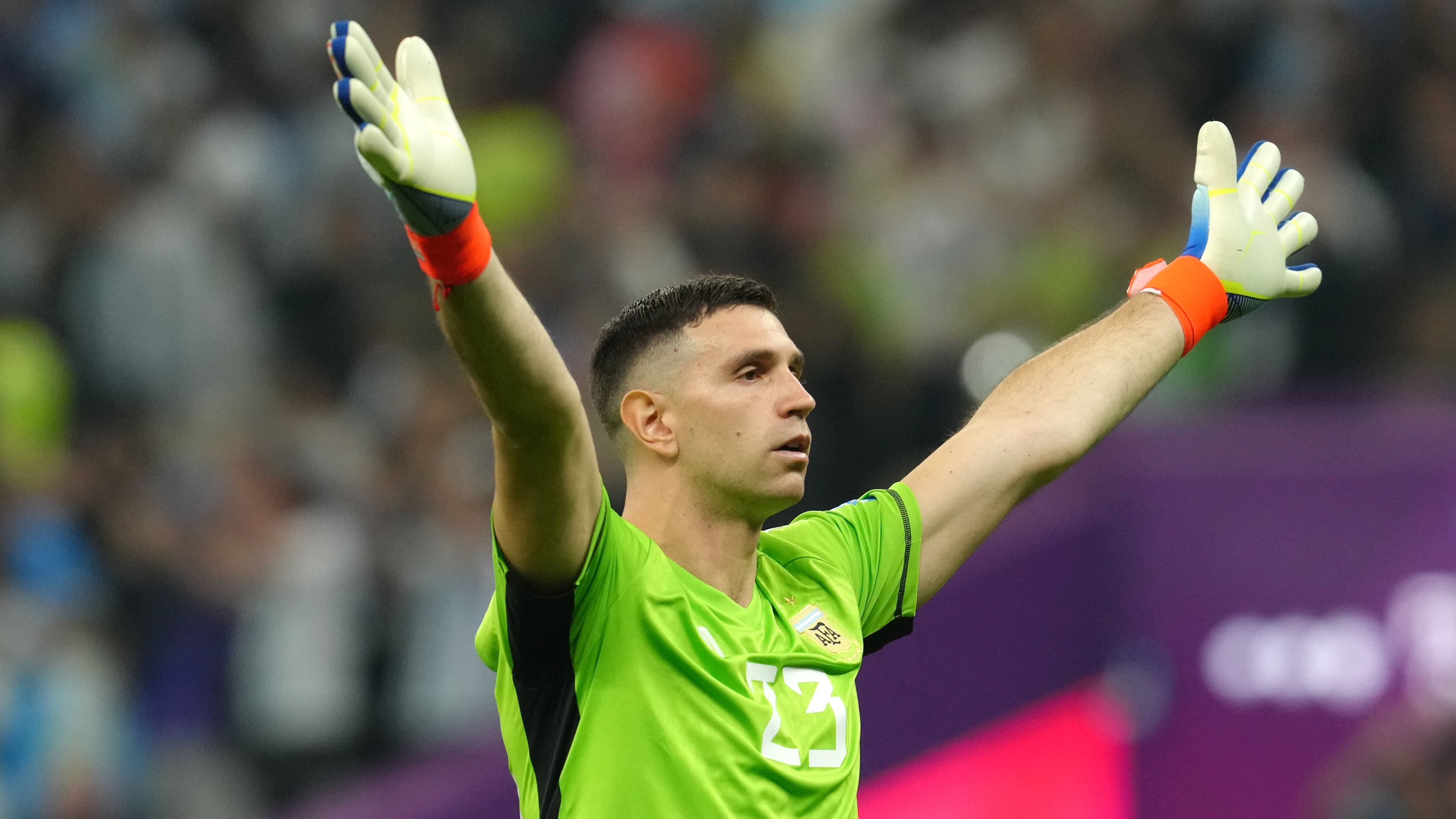 Us against the world – Emiliano Martinez hails Argentina’s ‘fighters’

Emiliano Martinez says Argentina’s “fighters” are ready for one last battle in their quest for glory at a World Cup where he believes “everyone wanted us to lose”.

La Albiceleste are through to the sixth final in their history thanks to a Lionel Messi-inspired triumph against 2018 runners-up Croatia in Tuesday’s comfortable 3-0 win at Lusail Stadium.

France or Morocco now await in Sunday’s showpiece back at that cavernous arena, where two-time champions Argentina kicked off the tournament with one of the most humiliating results in their history.

The 2-1 loss to Saudi Arabia sent shockwaves across the footballing world and hardened the resolved of a group of players who are now just one match away from being crowned world champions.

“We lost the first game. All of sudden it’s everything upside down. People doubting us. Obviously we lost the unbeaten run of 36 games.

“Against Mexico the first half was a little bit sloppy. Everyone wanted us to lose, so it’s us against the rest of the world.

“I am so glad that this 26 (man) group of players are all fighters and we’ve got 45 million Argentinians all behind us.

“It’s just amazing. We feel the crowd on the streets – they’re all full of Argentinians.

Argentina fans have outnumbered any other nations’ support in Qatar, where the chance to see Messi in his fifth and likely final World Cup has been a huge pull.

The 35-year-old produced a magical display against Croatia on Tuesday, after which Martinez downplayed any suggestions that the captain was dealing with a groin complaint.

“No, no, obviously we played 120 minutes against Holland,” the Aston Villa shot-stopper said.

“It was a hard game for him, but you can see he wants to finish every game.

“Physically he’s really good and you can see, man of the match every game.”

Argentina will be grateful for that additional day’s rest compared to France or Morocco, who go toe-to-toe in Wednesday’s other semi-final at Al Bayt Stadium.

Asked who he would prefer in the final, Martinez told beIN Sports: “Whoever. They both had an incredible run, they’re both different teams.

“They’re both really good so whoever comes it’s a World Cup final, so we know it’s going to be hard.”

Croatia now have to dust themselves down for Saturday’s third-placed play-off after losing a semi-final they had started brightly.

Messi’s spot-kick was followed by a Julian Alvarez brace, with captain Luka Modric saying the first-half penalty should not have been given and impacted the team’s morale.

“It stressed us a little bit. Half a minute before that it was supposed to be a corner and we were not awarded one. I think after the penalty, it changed the whole match.

“Before the penalty they didn’t create any problems, any chances. Unfortunately the penalty changed everything, a penalty I’d never have called in this match.

“I’m so upset they called this type of penalty against us. Their second goal – maybe we didn’t have a bit of luck. It was hard after that.”

Having reached the final four years ago, Croatia will have to make do with a third-place play-off in Qatar – but Modric is keen to go out on a high.

“We have the third placed match, win the match and go back to Croatia with a medal,” he added.

“We need to leave everything to win the bronze medal and let our fans celebrate one more time.

“I think it would be negative, given how we played, how we behaved, to finish this tournament with a loss. We have to give everything in that match.”