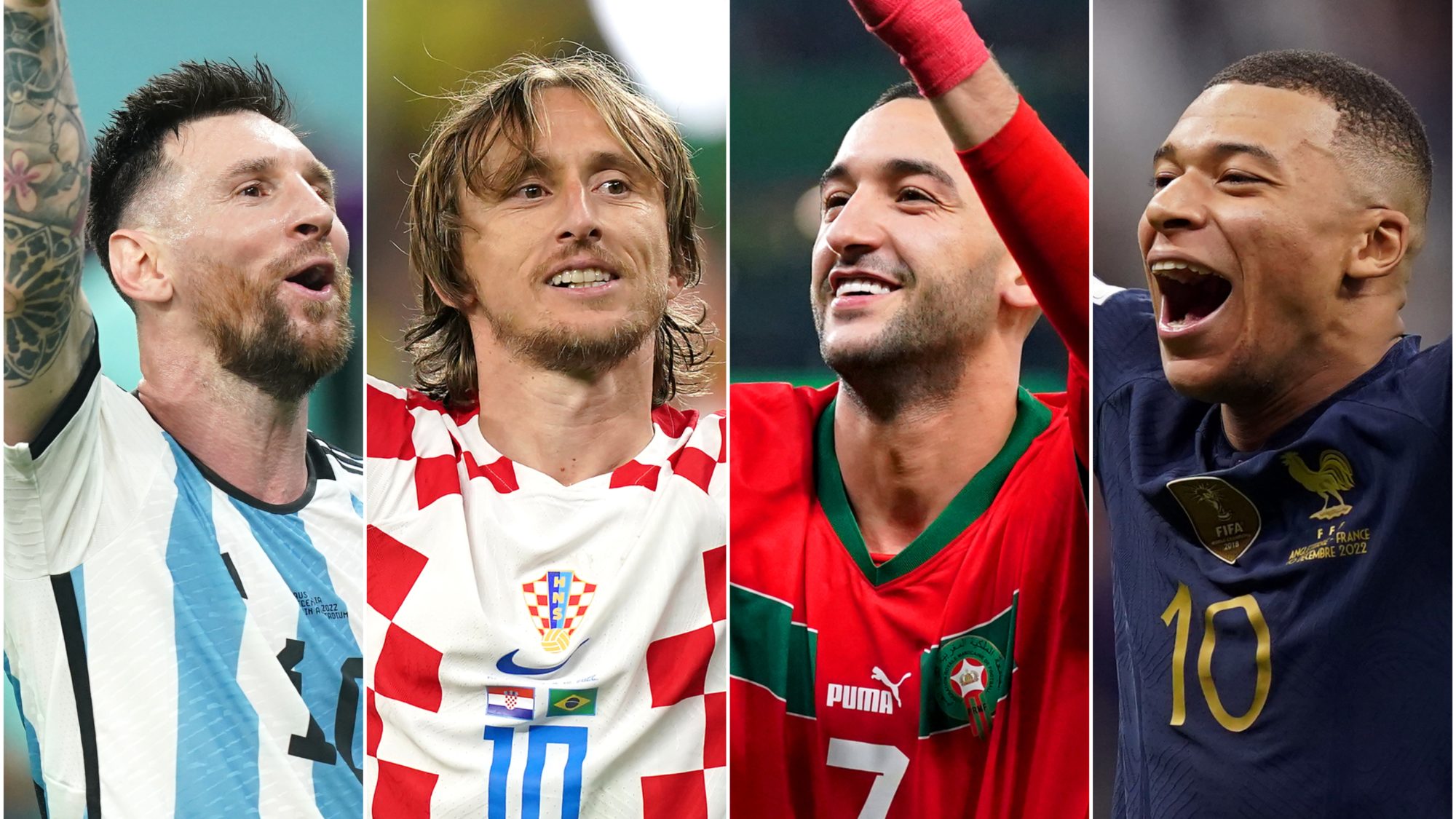 A repeat of the 2018 World Cup final, a glorious finale for Lionel Messi or a first African finalist all remain possible ahead of this week’s World Cup semi-finals.

The two teams who have spent most time on the pitch in the tournament meet in Lusail on Tuesday evening.

Croatia have needed extra-time and penalties in each of their last two matches – indeed they have drawn four of their five games, the only exception being their 4-1 win over Canada in Group F.

But the amount of stoppage time in Argentina’s games, including 13 minutes in the second half of their quarter-final against the Netherlands and 14 at the end of their opening loss to Saudi Arabia, means they actually lead the way with 558 minutes played compared to Croatia’s 552. They also played their last-eight clash later on Friday and it lasted a massive 147 minutes.

Both teams have an excellent previous record in World Cup games which have gone to extra-time, Croatia winning five out of five across this tournament and 2018, and Argentina eight out of 10 dating back to the 1978 final when they beat the Netherlands. Their only such losses came against Germany in the 2006 quarter-finals and the 2014 final.

Their previous head-to-head record offers little means of separating them, with two wins apiece – one each in World Cup group stages, Croatia in 2018 and Argentina in 1998, and one each in friendlies.

Croatia, despite their marathon tournament, have used only 18 players – the joint-fewest of any team in the tournament, including those eliminated in the group stage. Argentina have used 21 and will have to reshuffle once more, with both Gonzalo Montiel and Marcos Acuna suspended.

Messi, bidding for a World Cup title to cap his glorious career, has taken more shots than any other player in the tournament with 25. Croatia’s Ivan Perisic is third with 14, behind France’s Kylian Mbappe.

Messi is also the most-fouled player, 18 times, and has completed nine take-ons out of Argentina’s total of 20 – with Croatia managing just 10 as a team.

Croatia are bidding to become the first team to make consecutive finals since Brazil reached three in a row from 1994 to 2002.

The other 2018 finalists France can go one better by becoming the first back-to-back champions since 1962, with Brazil also the last to achieve that feat as they defended their 1958 title.

Their game against Morocco on Wednesday pits the best attack among the semi-finalists against the best defence, with France having scored 11 goals so far, while Morocco have conceded only one – and that was a Nayef Aguerd own goal against Canada.

But while both have faced an almost identical number of shots, France 44 and Morocco 45, France have attempted far more with 77 to Morocco’s 41.

Furthermore, 20 of Morocco’s have been from outside the penalty area, while France have had 54 attempts from inside the box – just over 70 per cent. That includes 20 headers and they also lead the tournament with 44 crosses completed – the leading players in both those categories, Olivier Giroud and Antoine Griezmann respectively, combined for the winning goal against England.

Morocco, the first African semi-finalists in World Cup history, have completed only 1,273 passes – fewer than 17 teams who started the tournament including Canada, Denmark, Belgium and Germany, who were all eliminated in the group stage.

They have balanced that out by having the leading four players for defensive pressures in Azzedine Ounahi, Selim Amallah, Youssef En Nesyri and Hakim Ziyech. Walid Cheddira, though, took their intense approach too far late in the quarter-final against Portugal, leading to a red card and a suspension.

Morocco was a former protectorate of France and Spain until it regained its independence in 1956. The national team did not play against France until 1998 and have drawn two and lost two of the four meetings prior to this one, scoring five goals to France’s 10.