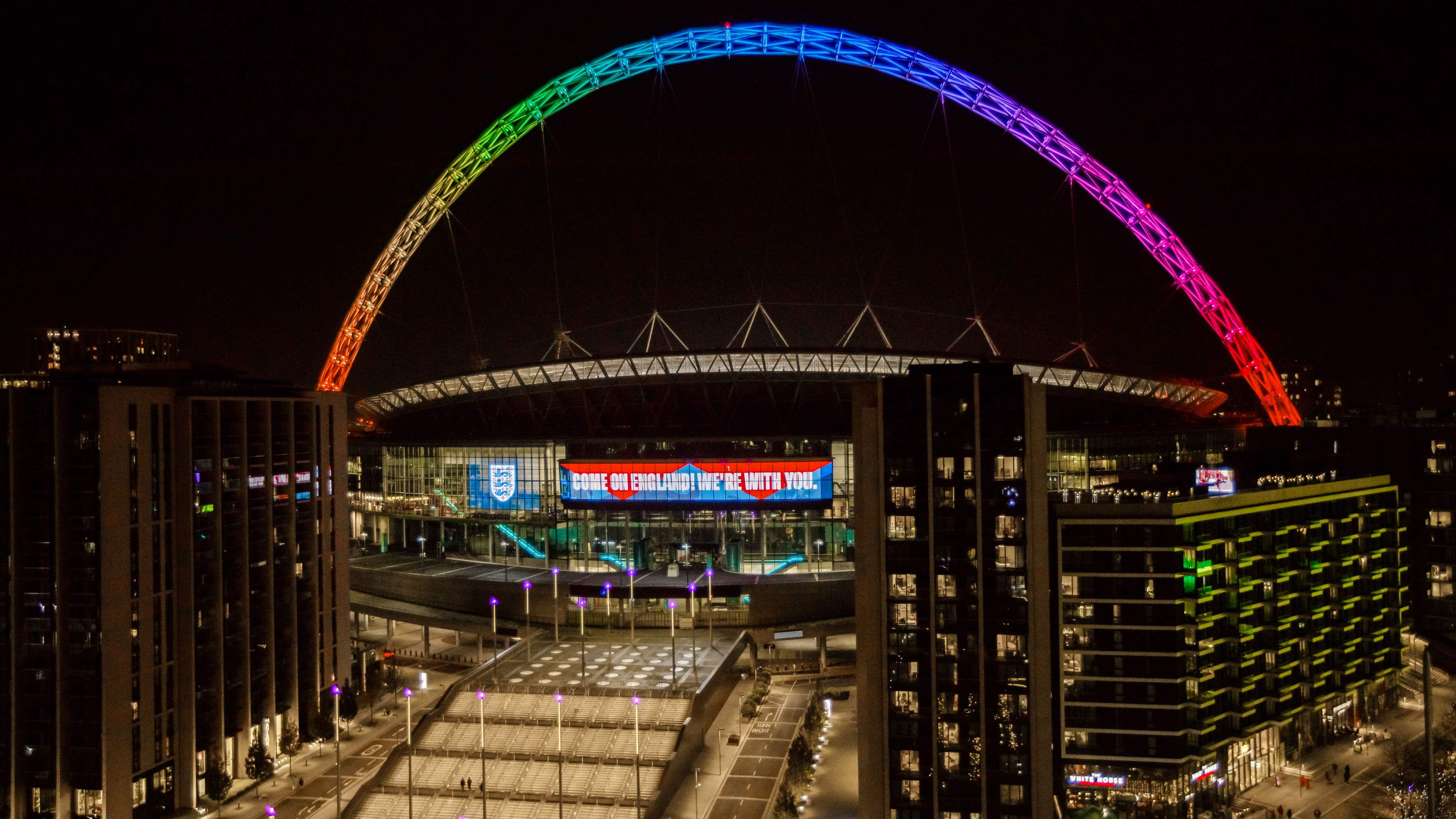 By Press AssociationNovember 25, 2022No Comments

The Wembley arch was lit up in rainbow colours on Friday evening following a week at the World Cup dominated by a row over a rainbow-coloured armband.

Seven European nations, including England and Wales, had hoped to wear the armband as part of a year-long OneLove anti-discrimination campaign in Qatar, but had to abandon those plans when FIFA threatened them with sporting sanctions, which only started at a yellow card for the captains wearing them.

There had been speculation over whether England might follow Germany and stage an on-pitch protest, but in the build-up to kick-off in England’s second match against the United States the Football Association demonstrated its support for the campaign by lighting up the arch on the national stadium in north London.

FA chief executive Mark Bullingham said the disciplinary action the team could have faced from FIFA for wearing the armband was “unlimited”.

Bullingham told ITV Sport: “It’s very important to understand what happened here. We have been clear that we wanted to wear it and we were committed. We announced that we would do that in September, we had a lot of meetings with FIFA over that period and on Saturday before the game we felt we’d reached an understanding where we would wear it. We hadn’t got permission but we would face a fine for it.

“Unfortunately then on the day of the game they gave us 10 minutes’ notice – two hours before we were due to go to the game…they came here with five officials and they ran us through a scenario where at a minimum anyone wearing the armband would be booked and face disciplinary action on top of that.

“It was unlimited. They would take disciplinary action against any player that was wearing the armband on top of having a yellow card.”

Bullingham said the FA took that to mean players could face bans from further games if the bands were worn, not just a yellow card.