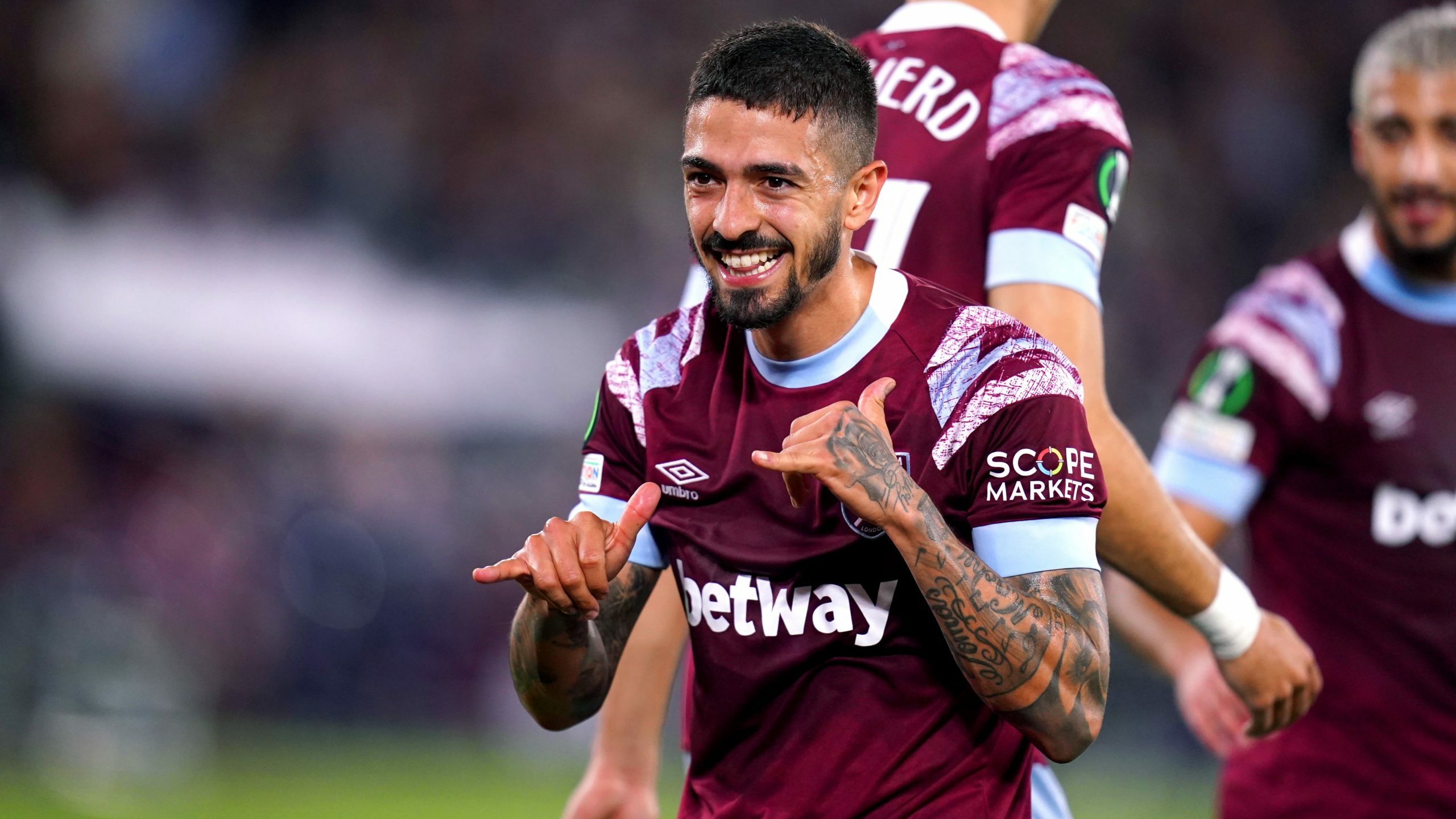 West Ham through to last 16 after win over Silkeborg

West Ham eased into the last 16 of the Europa Conference League after Manuel Lanzini’s penalty secured a 1-0 win over Silkeborg.

Already guaranteed a place in the knock-out stages, the Hammers needed just a point to be sure of topping Group B and avoiding a two-legged play-off in February.

But they maintained their perfect record in Europe this season with a seventh win from their seven matches in total.

The penalty was soft to say the least, with Michail Antonio needlessly clipped by Silkeborg goalkeeper Nicolai Larsen.

But nobody of a claret and blue persuasion was complaining, least of all manager David Moyes who can now put this competition to bed until March and concentrate on climbing the Premier League.

Antonio, one of nine changes from the win over Bournemouth on Monday night, made a fast start and skipped round Silkeborg defender Robert Goljani before pinging in an angled shot which Larsen blocked with his leg.

Moyes gave a belated debut to Nayef Aguerd, the Morocco defender signed for £30million in the summer only to suffer an ankle injury in pre-season.

The 26-year-old, whose World Cup place had seemed to be in jeopardy, looked composed at the back and also showed he has a taste for a goal after firing into the side-netting from a corner.

The Hammers took the lead in the 24th minute when Said Benrahma played in Antonio, who appeared to have over-run the ball before he was taken out by Larsen’s ungainly, unnecessary challenge.

With no VAR at this stage of the competition there was no chance of a reprieve and Lanzini duly dispatched the spot-kick.

They should have got it at the start of the second half when Fornals worked his way into a shooting position 14 yards out, but he pulled his effort wide.

Larsen saved again from Benrahma after he shot through a crowd of bodies and substitute Gianluca Scamacca headed over as Silkeborg, who can still qualify in second place, gamely limited the hosts to just one goal.