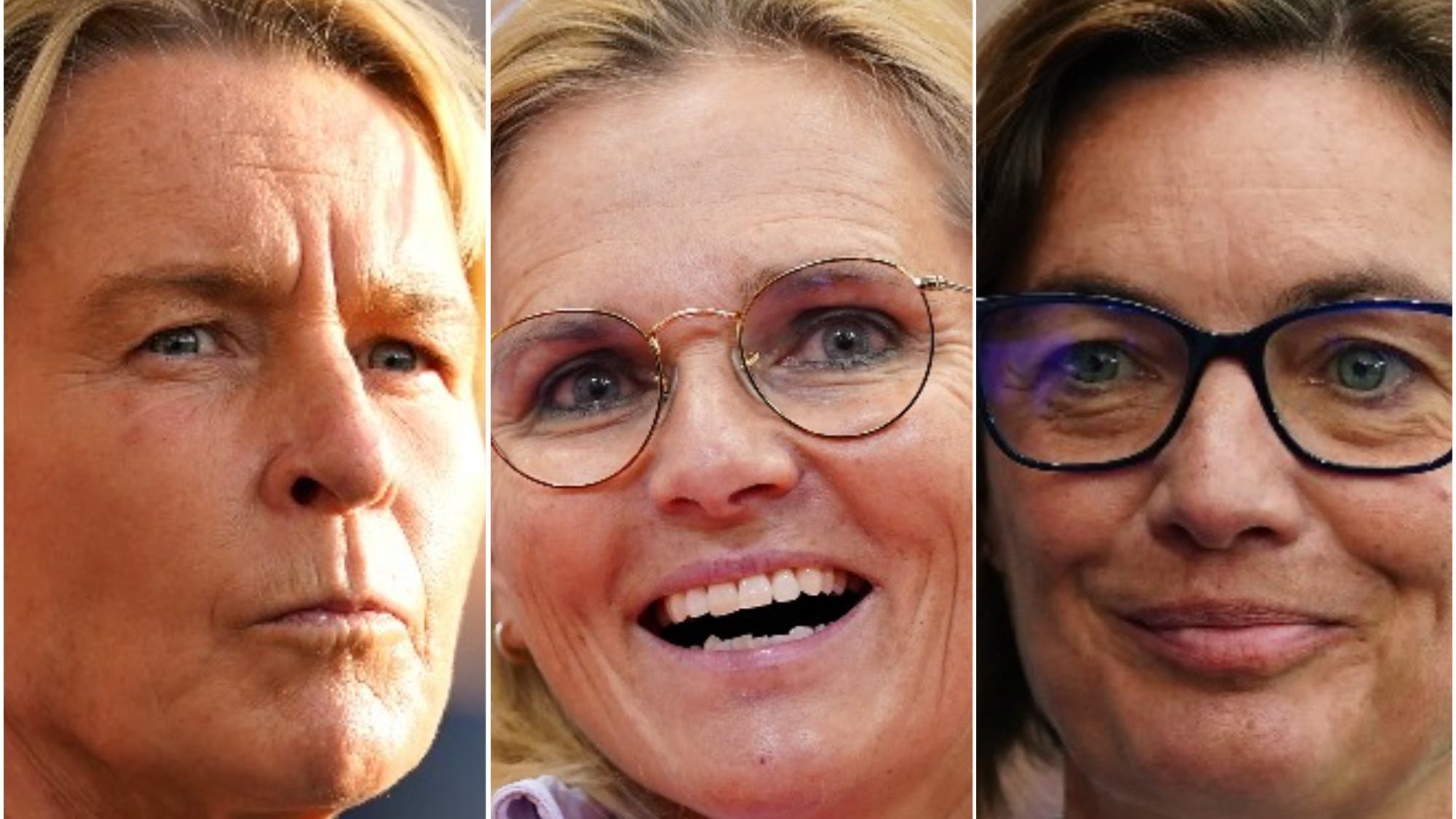 England have reached the final of Euro 2022 following a 4-0 victory over Sweden at Bramall Lane.

The hosts will play either France or Germany in Sunday’s championship decider at Wembley.

Here, the PA news agency takes a closer look at the head coaches of the three remaining nations.

Wiegman is England’s first permanent female head coach since Hope Powell and has outstanding international pedigree. She guided the Netherlands to Euro 2017 glory and reached the 2019 World Cup final. Her managerial career began in club football in her homeland, before she was appointed Netherlands manager on a full-time basis in 2017 following spells as assistant coach and interim boss.

She became England’s first permanent non-British coach when she succeeded Phil Neville last September. She remains undefeated in the role, having won 16 of 18 fixtures. Draws against Canada and Spain en route to lifting the inaugural Arnold Clark Cup early this year are the only winless fixtures of her reign.

With a direct approach to communication and a serious demeanour, Wiegman has instilled greater belief and resilience in the Lionesses. She is tactically astute, consistent in her team selections and has been likened to men’s boss Gareth Southgate due to her impressive people skills.

Diacre smashed the glass ceiling by becoming the first woman to manage in the top two tiers of a men’s European league at Clermont. She oversaw three full seasons in Ligue 2 before being being appointed national team coach in 2017. The former defender previously served as France assistant coach while managing Soyaux, the club where she spent her entire playing career.

Les Bleues, who are 18 games unbeaten, have made history by progressing beyond the quarter-finals of a Euros for the first time. Diacre’s maiden major tournament was an underwhelming World Cup campaign on home soil in 2019, which ended in a last-eight exit. Her time in charge of her country has been turbulent and marred by a series of public quarrels and controversies.

The former Les Bleues captain possesses a ruthless streak and has, at times, been criticised for a bullish approach which has irked players and left some in tears. She left France’s record scorer Eugenie Le Sommer and former captain Amandine Henry at home for this tournament, while she previously fell out with current captain Wendie Renard.

Voss-Tecklenburg won the Champions League – then known as the UEFA Women’s Cup – in 2009 with defunct hometown club Duisburg, in addition to twice lifting the German cup. She gained further Bundesliga experience during a short stint in Jena before making history by leading Switzerland to their first World Cup in 2015.

Germany record
The 54-year-old was a four-time European Championship winner and World Cup finalist as a player. She was hired to rebuild the national team after Germany’s run of six consecutive Euros triumphs was halted in 2017. She conceded the 2019 World Cup, which ended in a quarter-final loss, had come too soon but has since transformed her side into serious contenders.

Voss-Tecklenburg has imbued confidence in Germany’s players and ensures the basics are performed precisely. Potent striker Alexandra Popp, whom Voss-Tecklenburg managed at Duisburg, is the focal point of a clinical attack and, following injury issues earlier in her international career, is in contention for the golden boot.