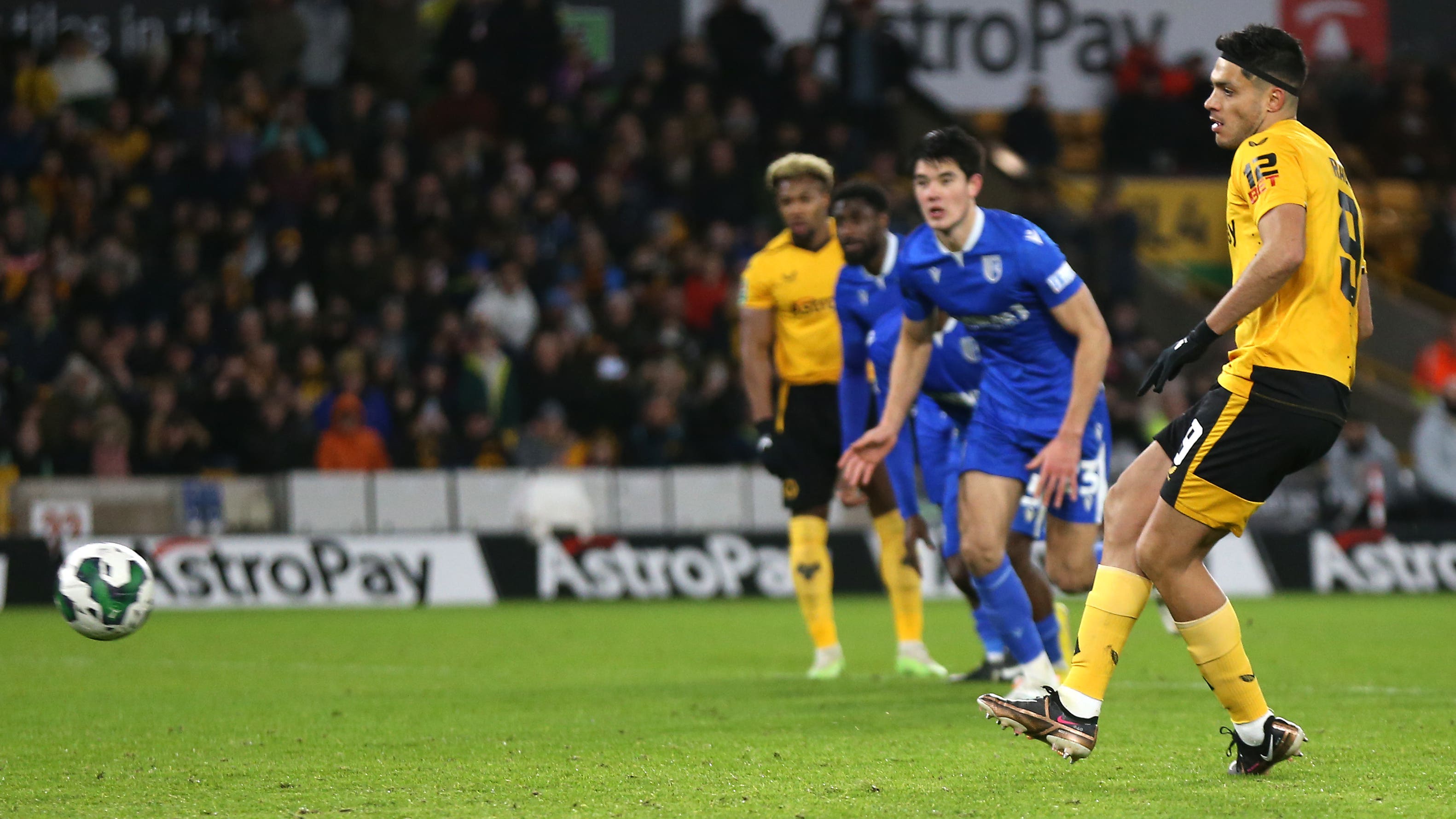 By By Andy Hampson PADecember 20, 2022No Comments

Jimenez, making his first club appearance since August, broke the deadlock in a tight contest at Molineux with a 77th-minute penalty before Ait-Nouri secured a 2-0 victory and a quarter-final place in injury time.

Wolves dominated the encounter but lacked bite against the Gills, who defied their position at the bottom of the English Football League to show great resolve.

It was a intriguing opener for Lopetegui, who begins his challenge to lift Wolves away from the foot of the Premier League against Everton on Boxing Day.

The other three players involved in Qatar, Jimenez, Hwang Hee-chan and Matheus Nunes, all played roles off the bench.

The first 30 minutes were tame, with Wolves dominating possession but the visitors sitting deep to soak up pressure.

Diego Costa, Joe Hodge and Neves all had efforts blocked but goalkeeper Jake Turner was not tested.

The Gills themselves struggled to get out of their own half and their fans cheered as if celebrating a goal when they won a corner on one rare foray forward.

Wolves stepped up the tempo in the latter stages of the first half and went close when Neves curled a free-kick narrowly wide before Daniel Podence and Hodge were denied in a goalmouth scramble.

Podence began to trouble the Gills more often and tested Turner from long range. He then wanted a penalty after going down in the area but play went on and Hodge headed wide after being picked out brilliantly at the back post by Goncalo Guedes.

Wolves went even closer when Neves slammed a shot against the post with the last kick of the first half after a clever run and dummy by Podence at a corner.

After that flurry of activity, the break came at a good time for Gillingham and allowed them to regroup.

The second period followed a similar pattern to the first, with Wolves continually frustrated in the final third.

Eventually the visitors began to tire and Wolves, boosted by an injection of quality from the bench, sensed their opportunity.

Costa flicked an effort just wide and Turner saved superbly at the feet of Nelson Semedo.

The pressure mounted but it still took a moment of fortune for Wolves to break through as Cheye Alexander was penalised for fouling Hwang in a crowded penalty area. Jimenez calmly stepped up to slot home the resulting spot-kick.

Ait-Nouri wrapped up victory when he prodded home a second in time added on.