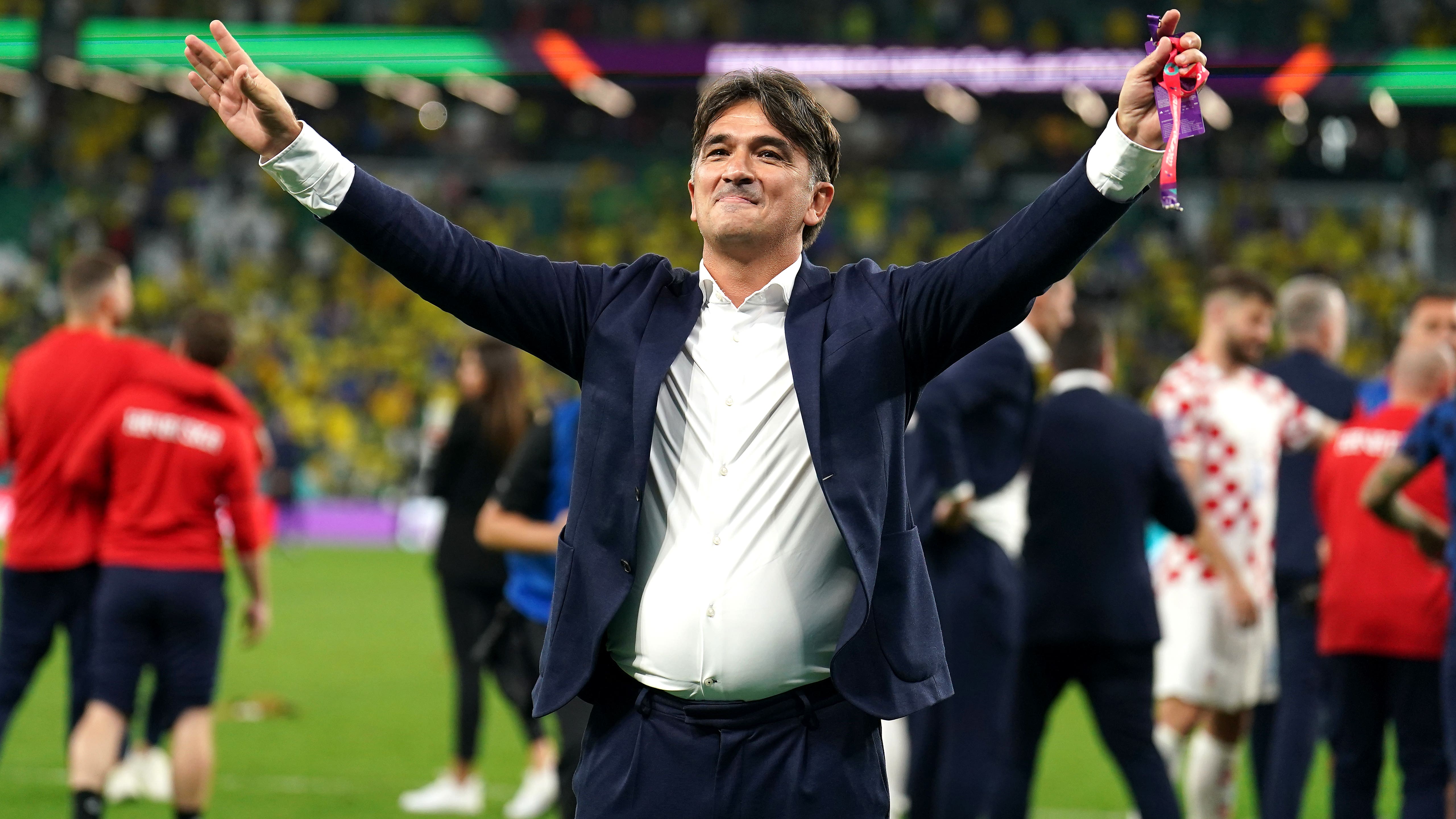 By Press AssociationDecember 12, 2022No Comments

Croatia head coach Zlatko Dalic believes victory over Argentina in their World Cup semi-final would eclipse the win against England at the same stage four years ago.

After leading Croatia to the final in Russia, Dalic has steered them into the business end of another World Cup and they face Argentina – Lionel Messi and all – at Lusail Stadium on Tuesday night.

Croatia may have lost to France in 2018 but have shown in Qatar that their progress was not a fluke as they beat Brazil on penalties to claim another final-four appearance.

Dalic’s side came from behind to beat England after extra-time in Moscow and, while the 56-year-old hails that as a famous victory, he feels another semi-final scalp would surpass it.

“The semi-final match against England in the last World Cup was the greatest match of all time, the game against Brazil comes in second,” he said.

“If we win tomorrow that would make it the greatest historical game for Croatia of all time.

“It is one of the most important, most significant matches for us, after just four years to repeat the success would be such an achievement on the world stage with a new national team is fantastic and I believe it is a great success.

“We are among the four best teams in the world, that is an extraordinary success for Croatia, it is a great thing for two World Cups in a row to be in the four best nations teams in football.

“We want more, we are playing the great Argentina, a terrific team led by Lionel Messi, they are highly-motivated and under more pressure than Croatia at this moment in time.

“I am an optimist by nature, I do trust my players, they have demonstrated a high-level of quality, strength of character as we would not have made it to the semi-finals without that. We will not change the way we play.

“My pride has no limits, the sky is the limit. Everyone has a dream and my dream was to be head coach of my country but I could never have wished for this.”

Eight of Croatia’s last nine knockout games at major tournaments have gone to extra-time, with the 4-2 loss to France in the World Cup final the only exception, but Dalic does not feel both of their previous two games going the distance in Qatar will hamper his team.

“It was exhausting that we played extra-time in two matches but we are in the semi-final of the World Cup so we are not even discussing exhaustion,” he added.

“We have strength and energy, we will give our best as we have done so in every match before.

“We have recovered after each match and this will be the case against Argentina, we will give our best, we have no great problems when it comes to the players, all are healthy.”