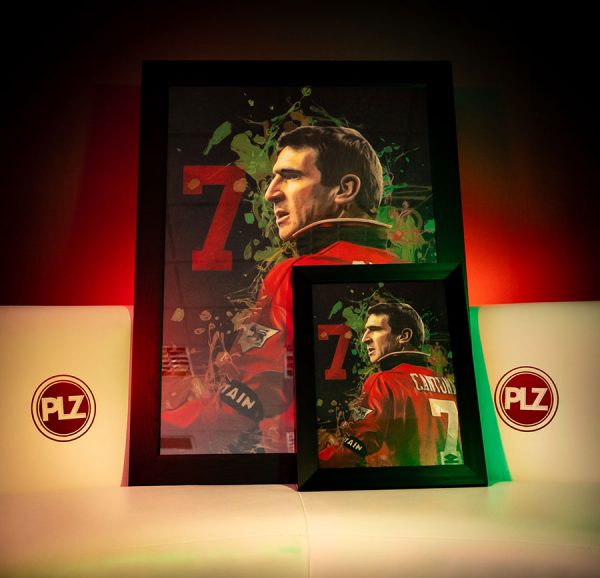 ‘King Eric’ is an Old Trafford legend. He signed for Manchester United in November 1992 having already won the old Division one title with Leeds United in season 91/92

Cantona was the inspiration for the class of ’92 kids that would drive United on to unparalleled success in the latter part of the nineties under the leadership of manager Sir Alex Ferguson.

He helped United land their first title in 26 years at the end of the 92/93 season. He had now won a domestic league title with three different clubs for three successive seasons, having helped Marseille with the French league title in 1991. In season 93/94 Eric was issued with the no7 shirt, the iconic number associated with United legends George Best and Bryan Robson.

The one major blemish on his record was the famous ‘Kung Fu’ kick on an abusive fan at Sellhurst park in January 1995, which resulted in the Frenchman facing an eight month ban from football. Eric finished his career at United having won four Premier league titles and two FA cups.